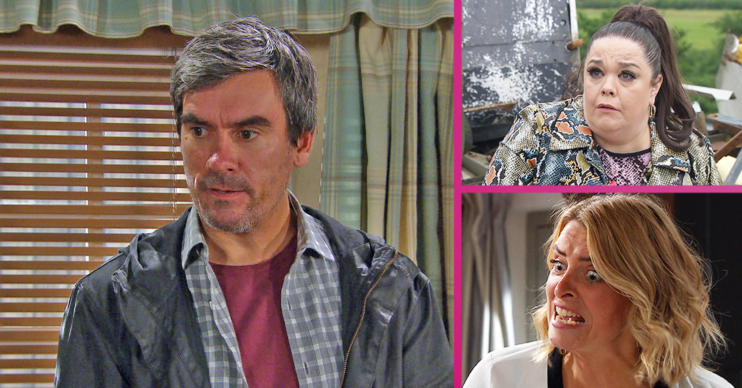 Emmerdale spoilers for next week see Cain fuming when he hears about Belle and Jamie’s relationship… and soon Belle finds herself shunned by the Dingles.

Meanwhile, Mandy makes a mistake about Paul, while Tracy and Nate prepare to announce their baby news. 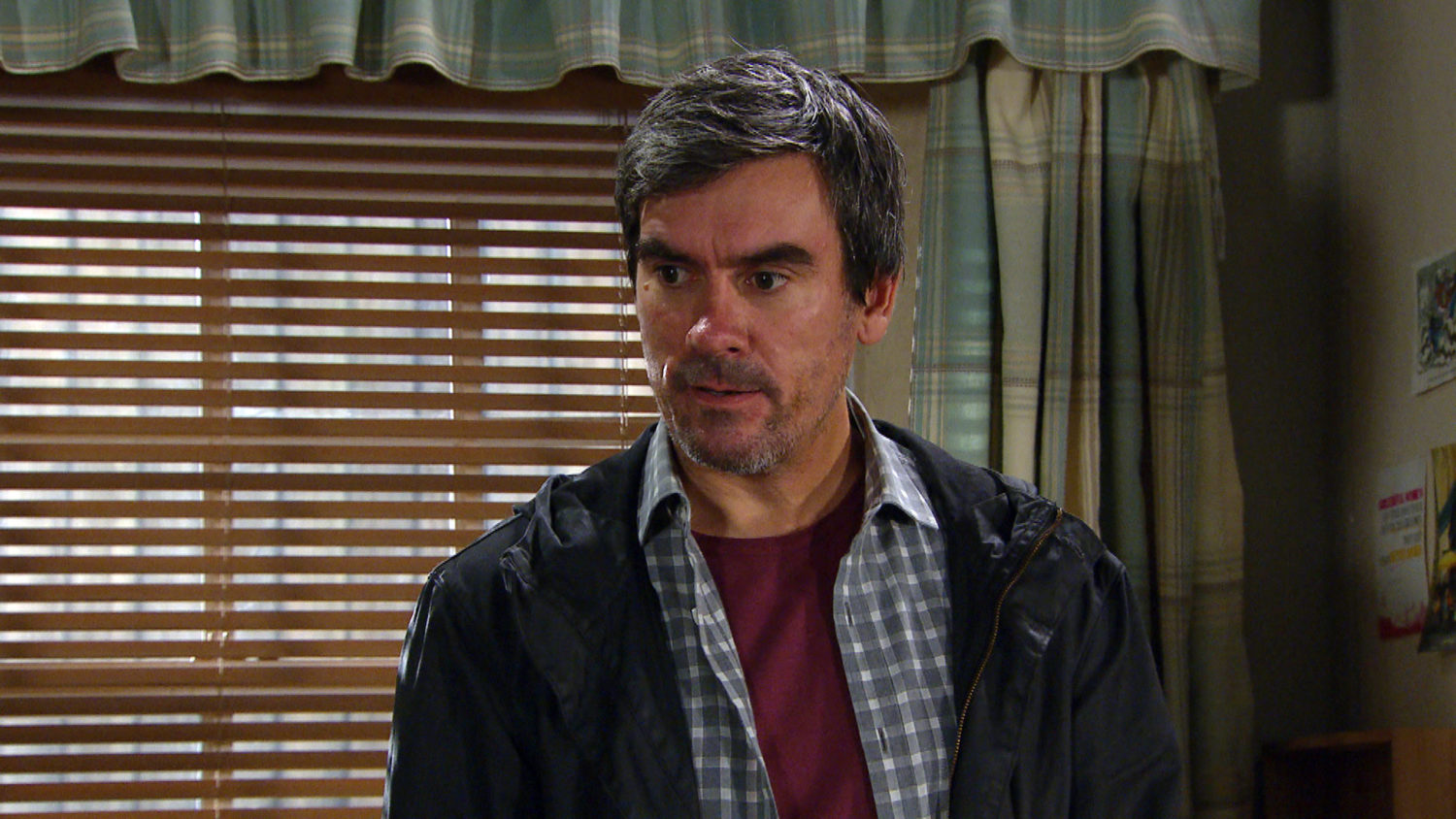 Cain’s back from Scotland and is fuming to hear Belle is loved up with Jamie.

He demands to know why Belle is dating a Tate and she struggles to explain herself. 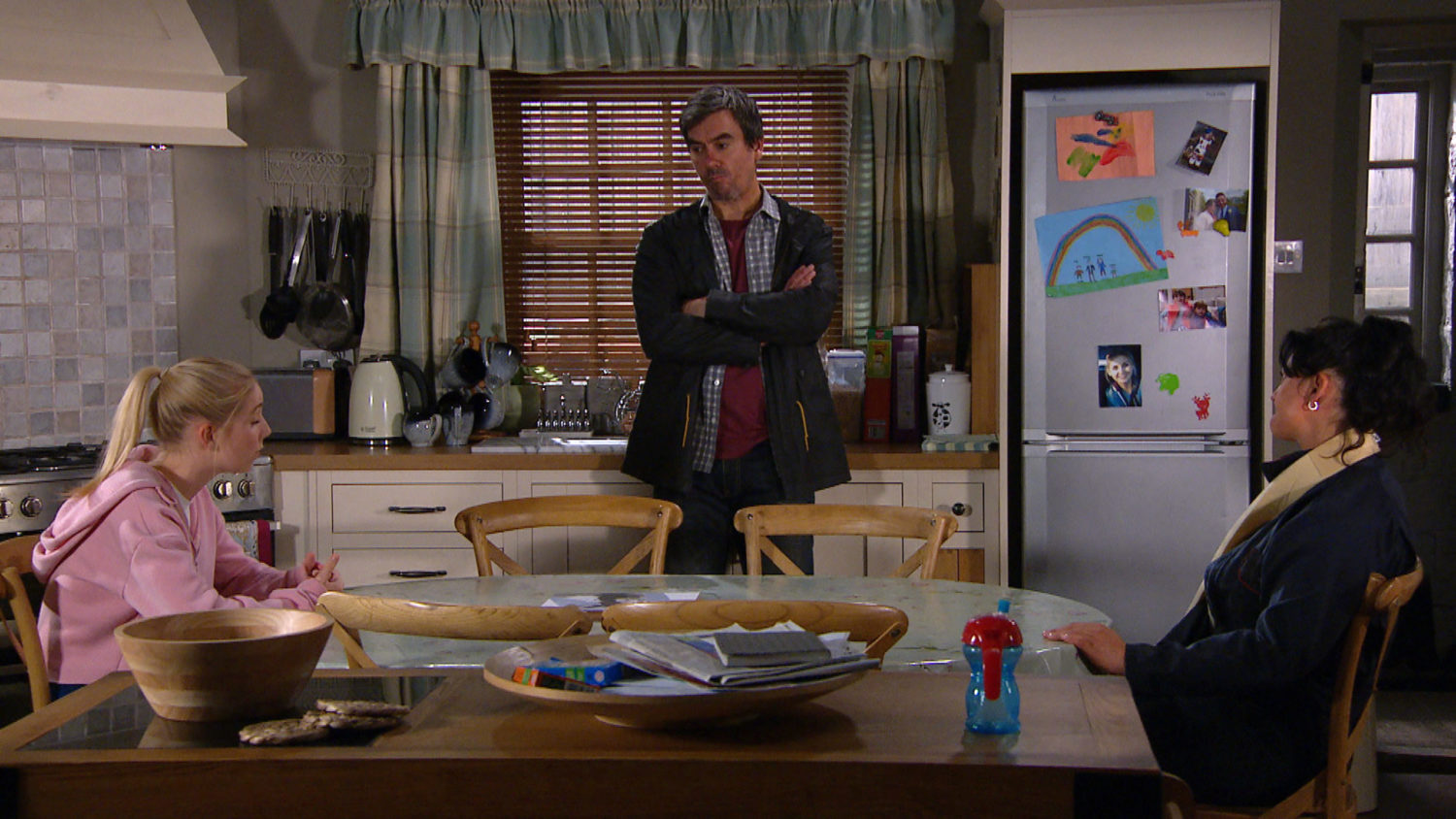 Jamie isn’t happy when he hears Belle has been helping Moira out at the farm.

Belle agrees to avoid Moira, but only if Jamie gets Kim to send her business to Butlers. 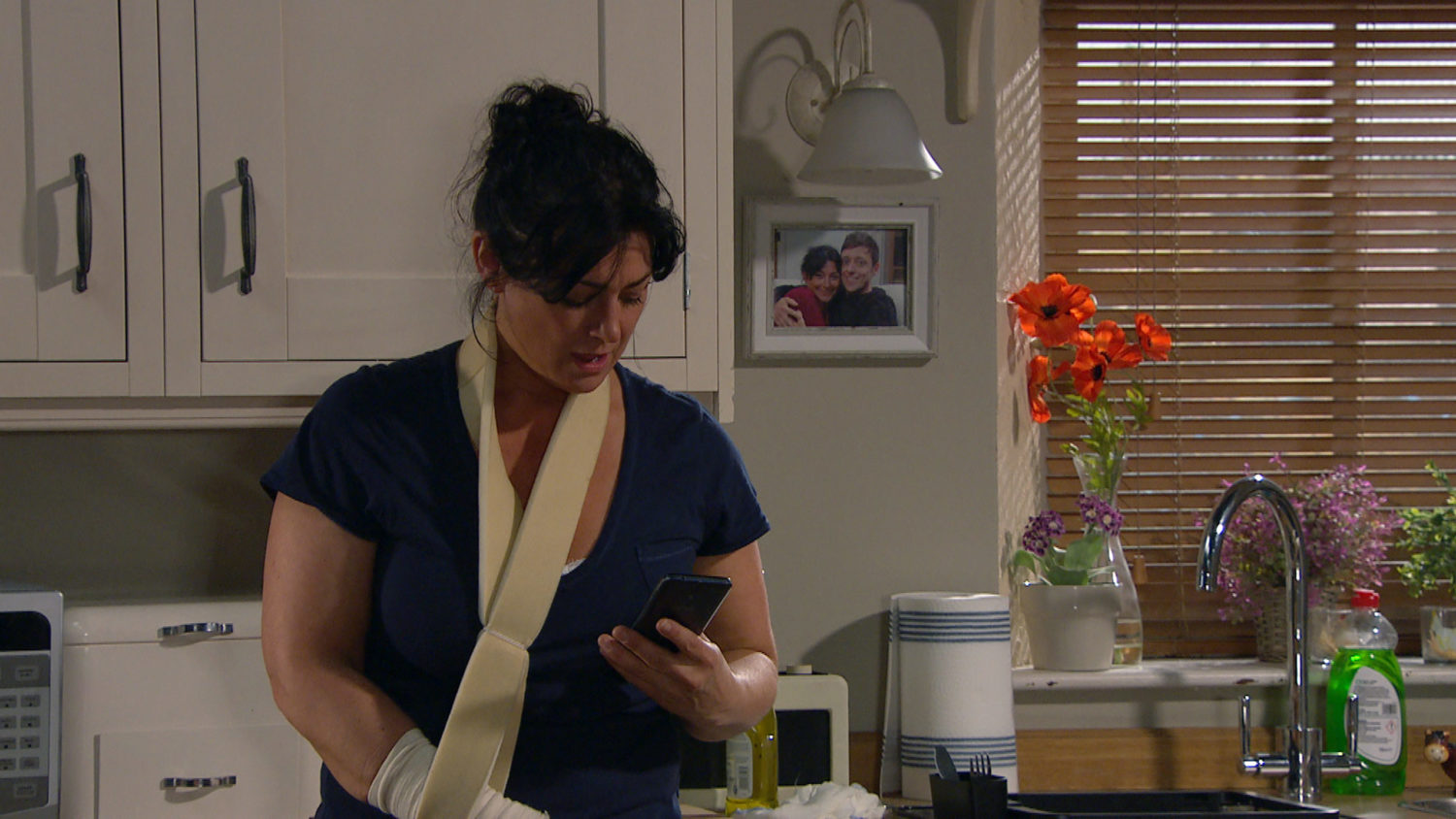 Moira’s day gets worse when she gets a call from the police.

The police tell her they’ve found a new witness from the night of the hit and run.

Moira’s upset as memories of that night come flooding back to her, but who is the new witness? 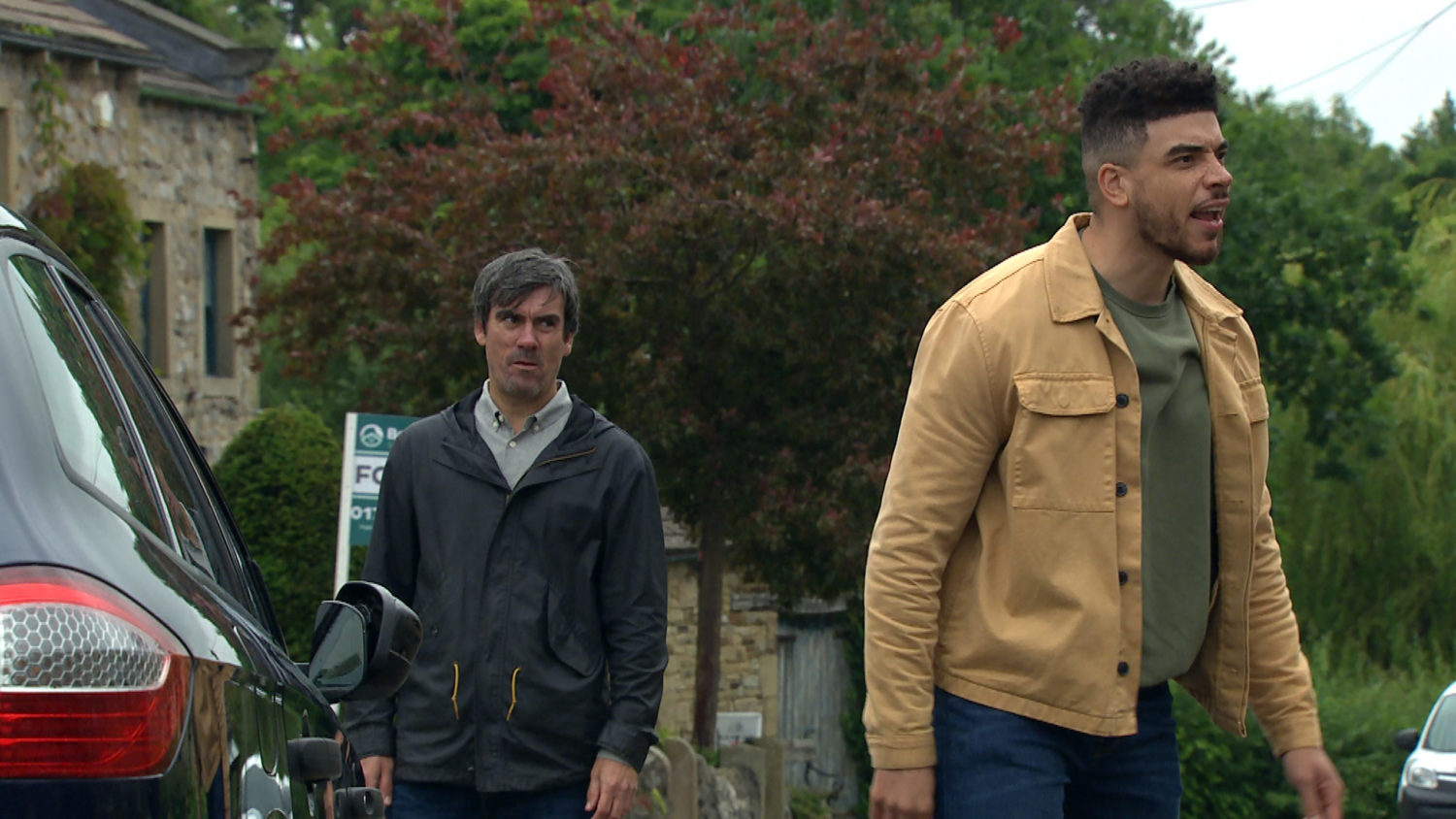 Later, Nate is on the warpath and smashes Jamie’s car wing mirror. 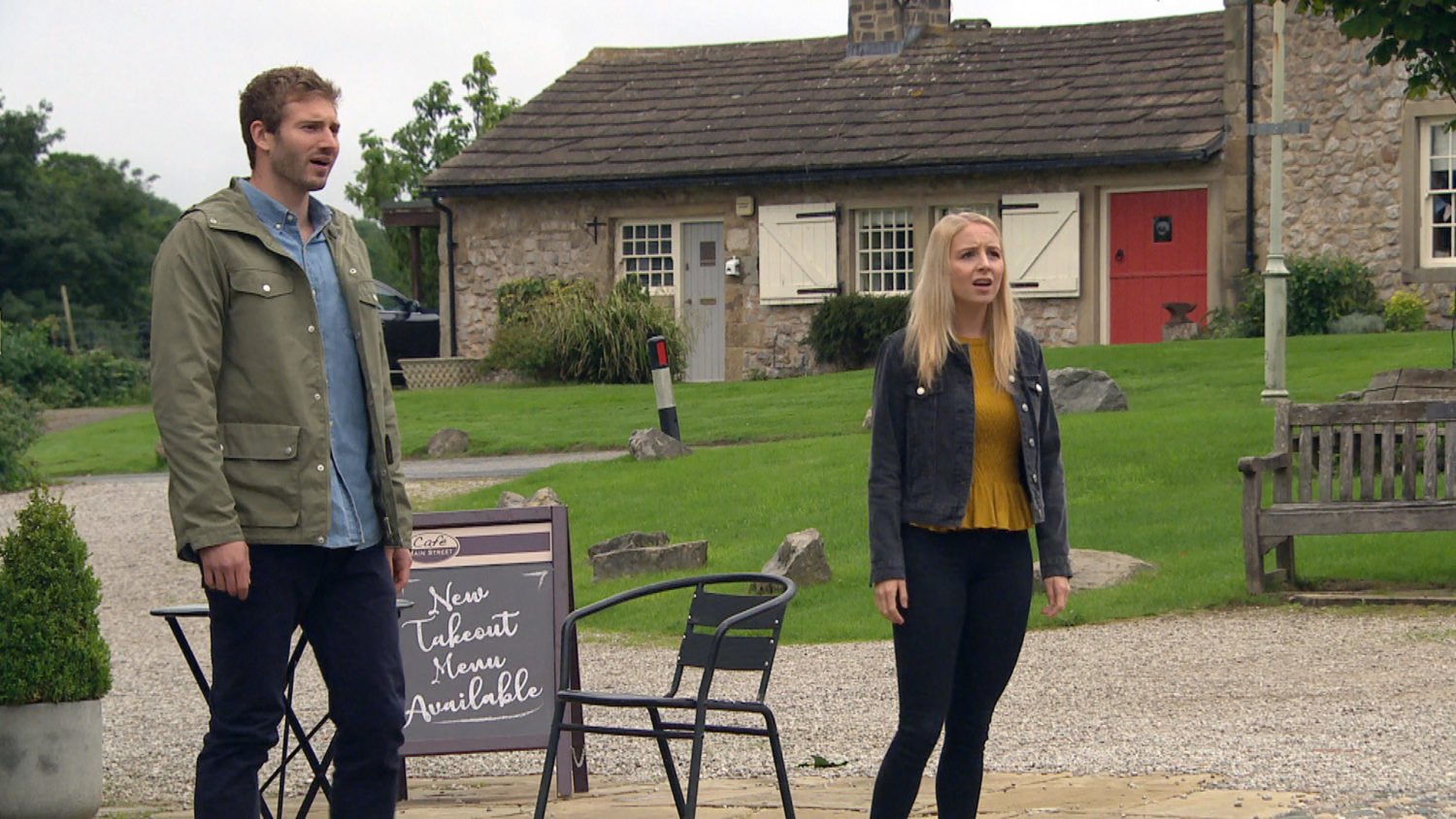 Belle defends Jamie in front of Cain and it soon becomes clear she has broken the Dingle family code.

Later Belle collects her things and moves in with Jamie… has she just turned her back on the Dingles for good? 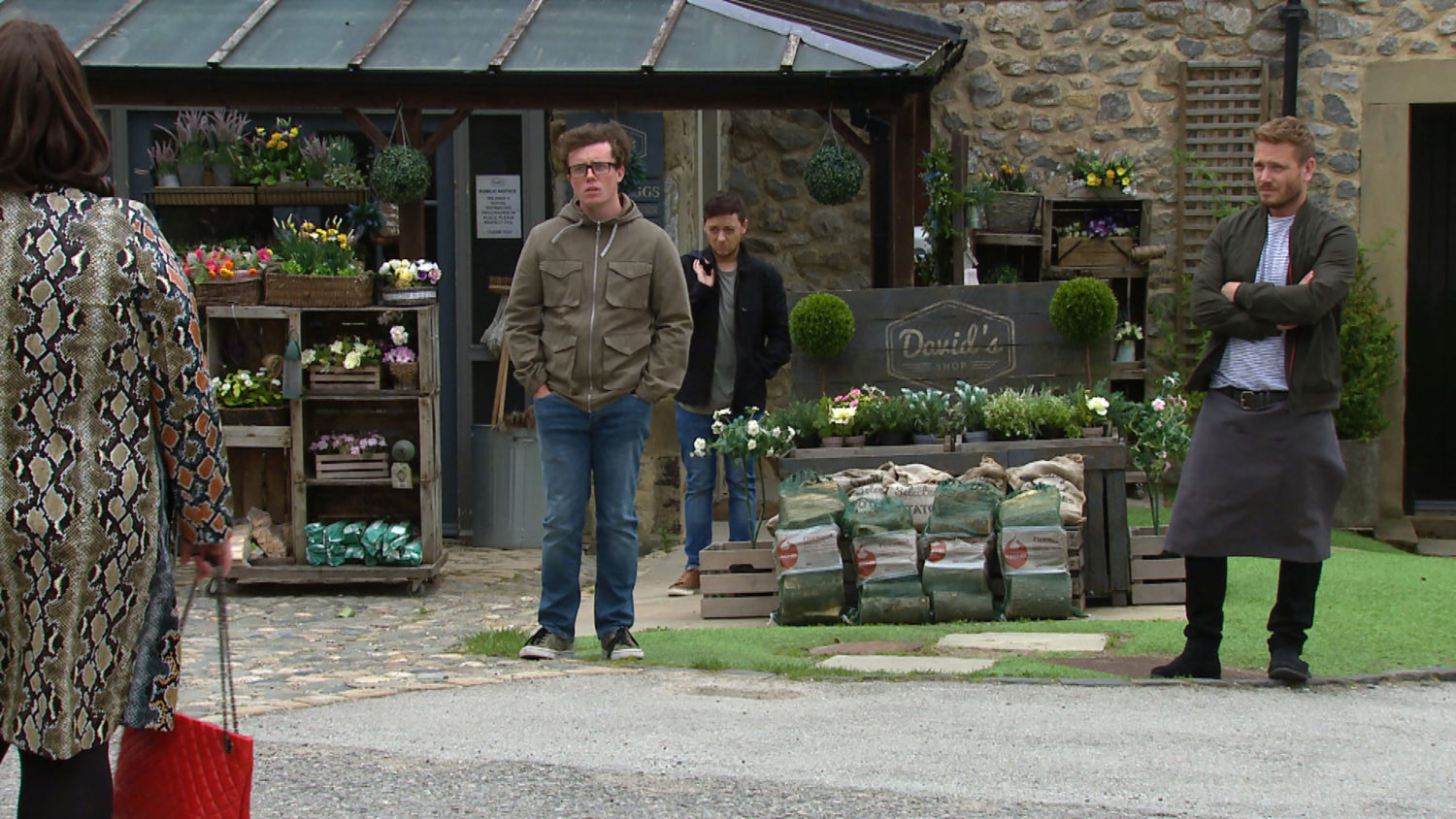 David announces the winner of the ‘find the ball’ competition, and Mandy catches Paul eyeing up the charity money. 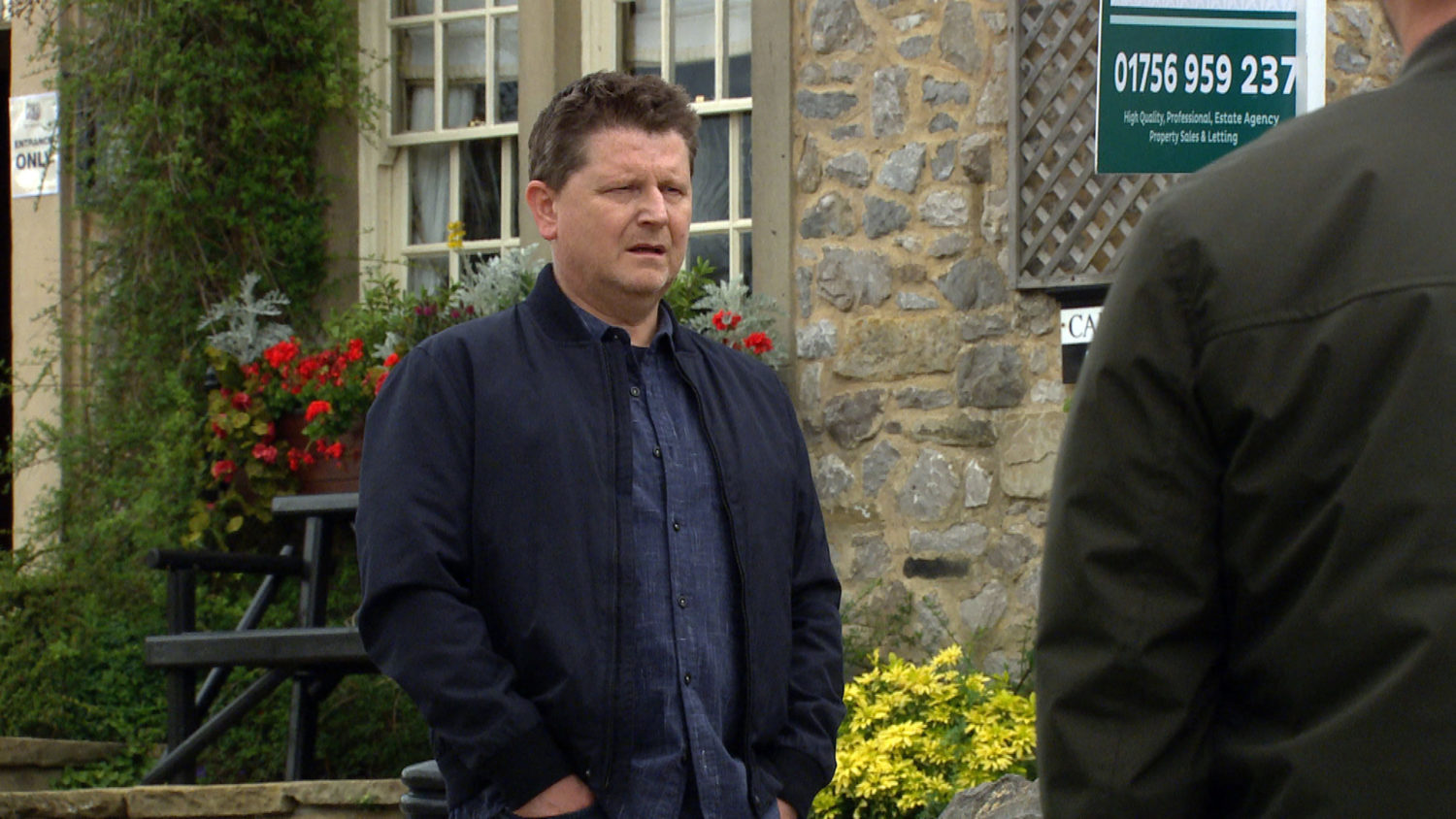 Paul is fuming that he has been accused, and it soon seems Mandy is barking up the wrong tree.

When David realises he simply misplaced the money, Mandy is left feeling awful.

Vinny is angry with Mandy, telling her not to make him choose between her and Paul. 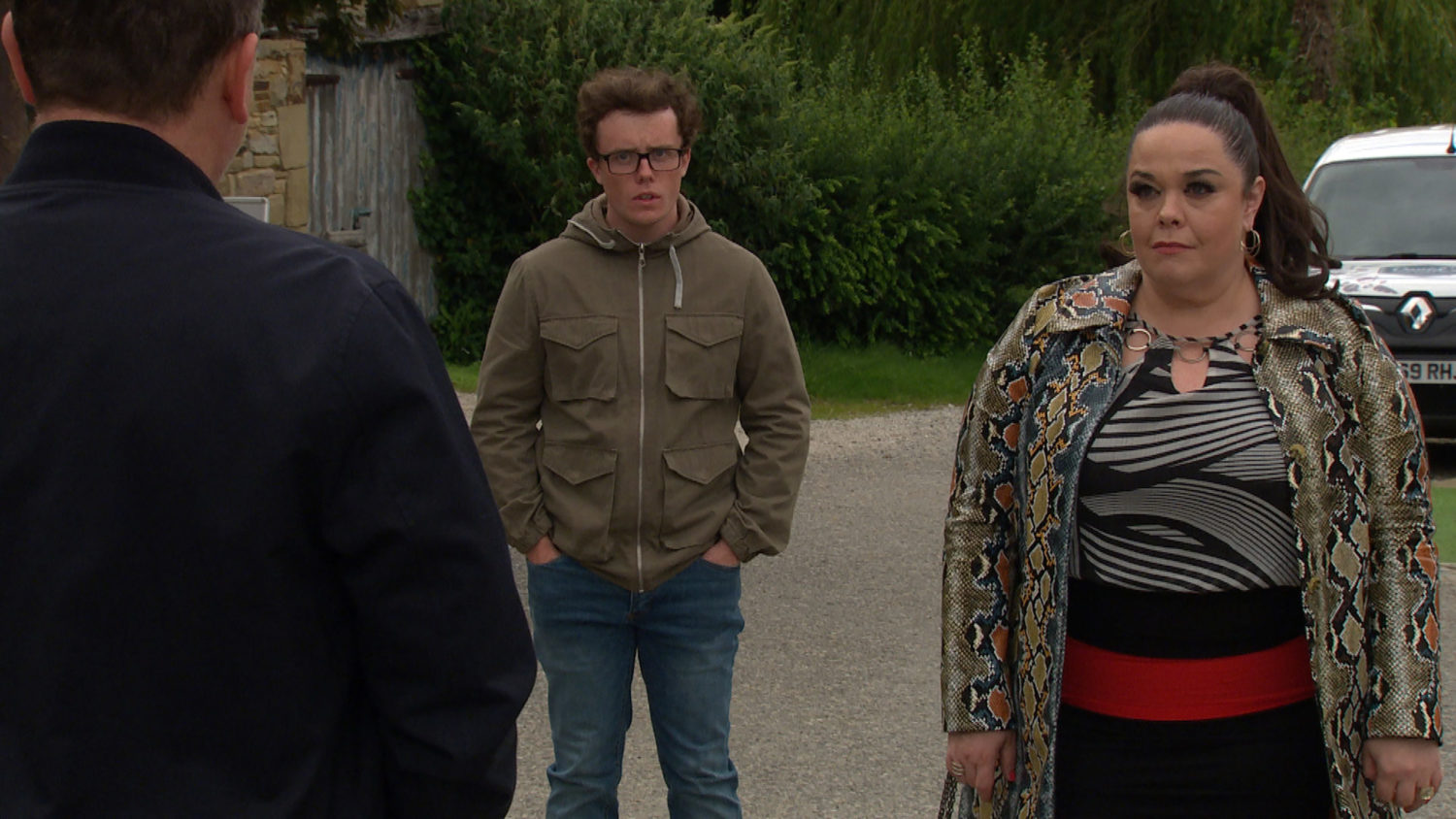 Mandy is forced to apologise to Paul, but Vinny doesn’t want to know and sends her packing.

Have Mandy’s accusations ruined her relationship with Vinny? 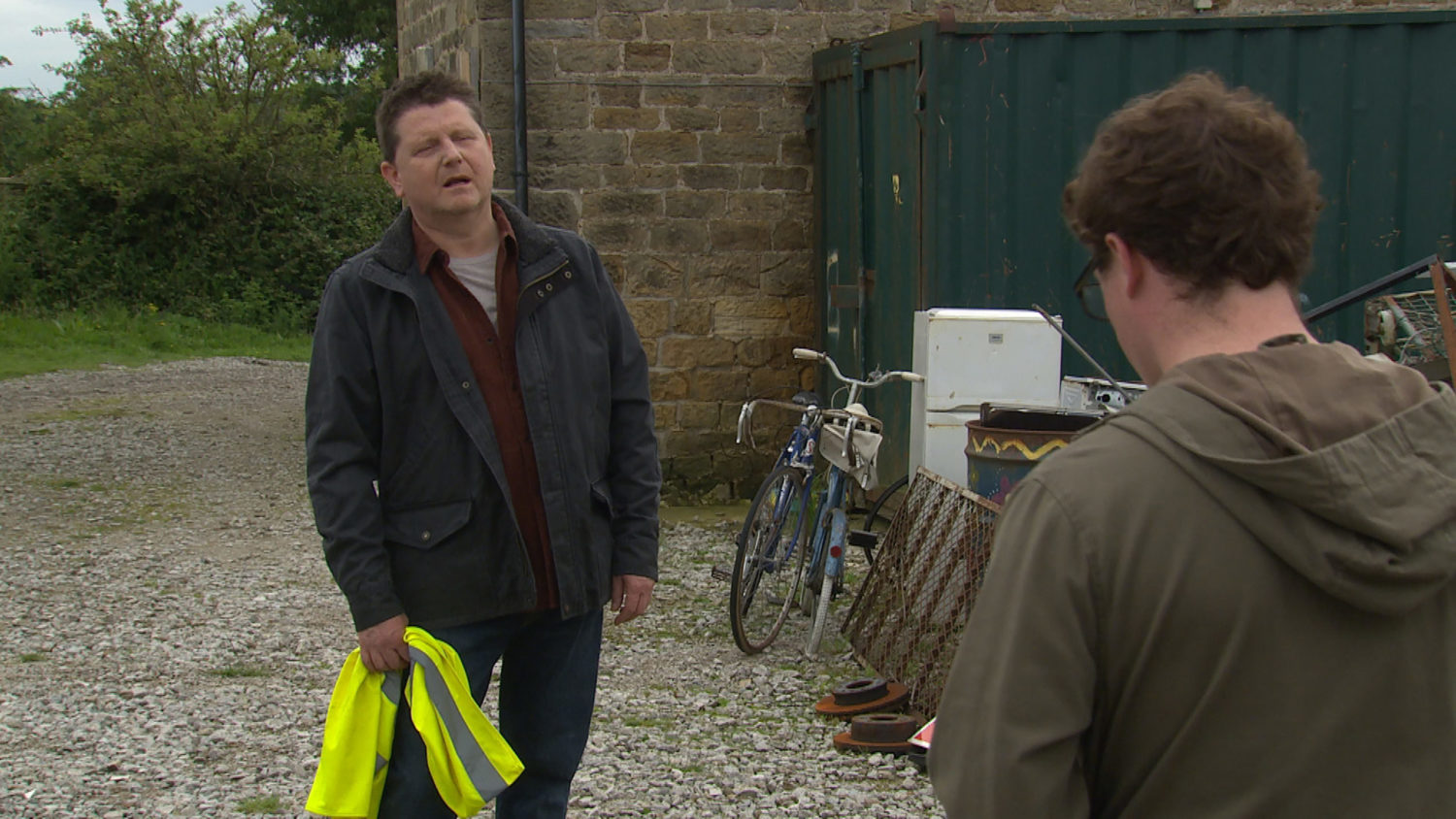 An emotional Paul assures Vinny that Mandy will never get between them.

But later Paul is seen making a secret phone call… is Mandy right to not trust her ex? 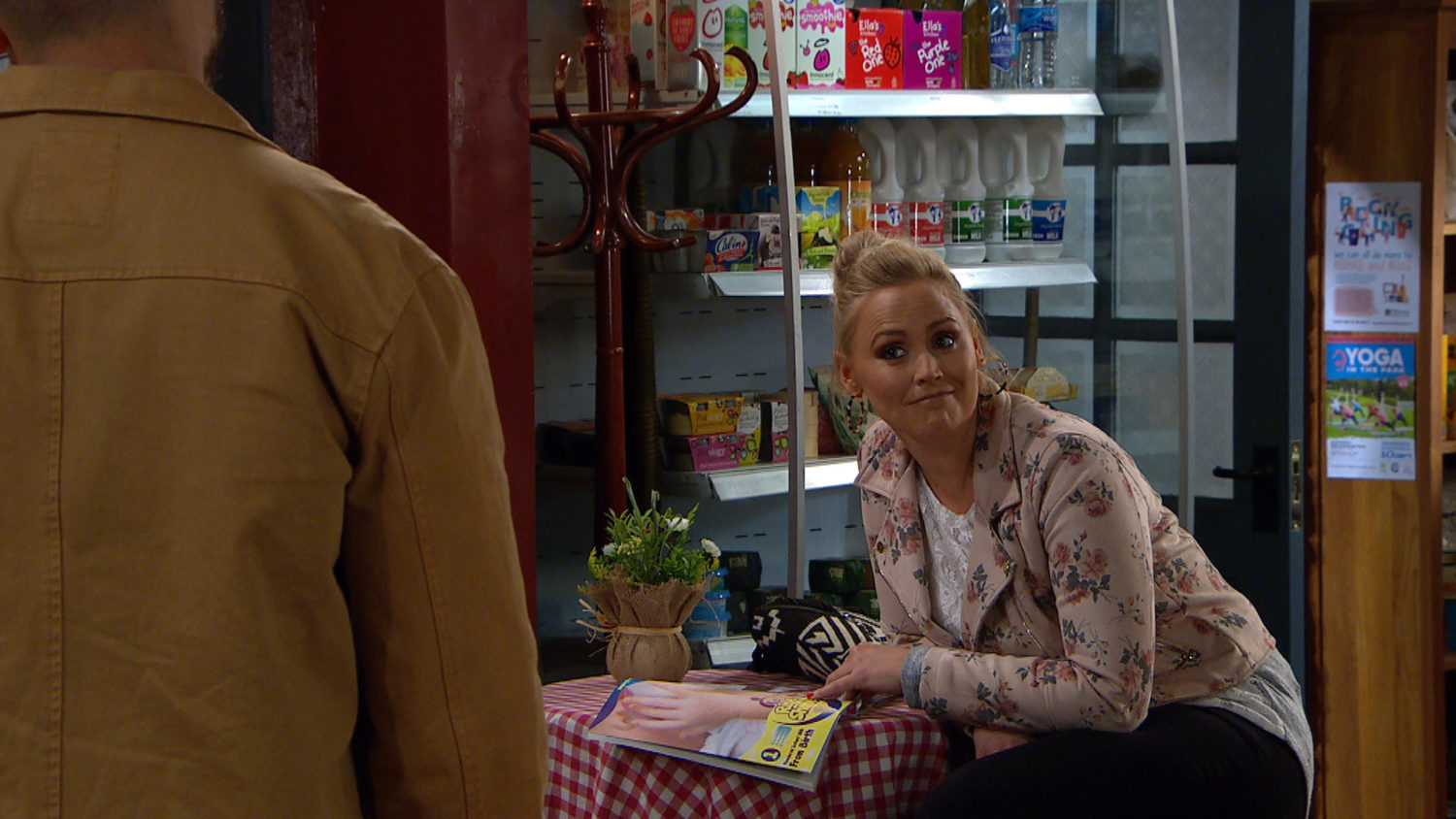 Tracy tells Nate they need to organise a big family meeting to announce their baby news.

How will the revelation that they’re going to be parents go down with everyone?