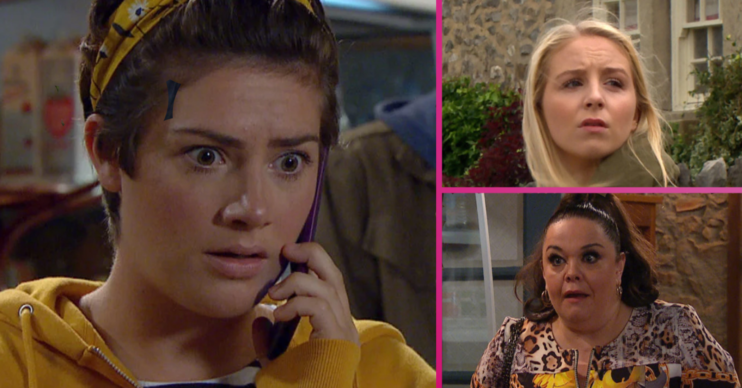 Jamie and Belle go public with their relationship

Emmerdale spoilers for next week see Belle and Jamie go public with their relationship… but will they get the response they’re hoping for?

Meanwhile, Paul’s got a plan to win Mandy back, while Victoria gets some upsetting news. 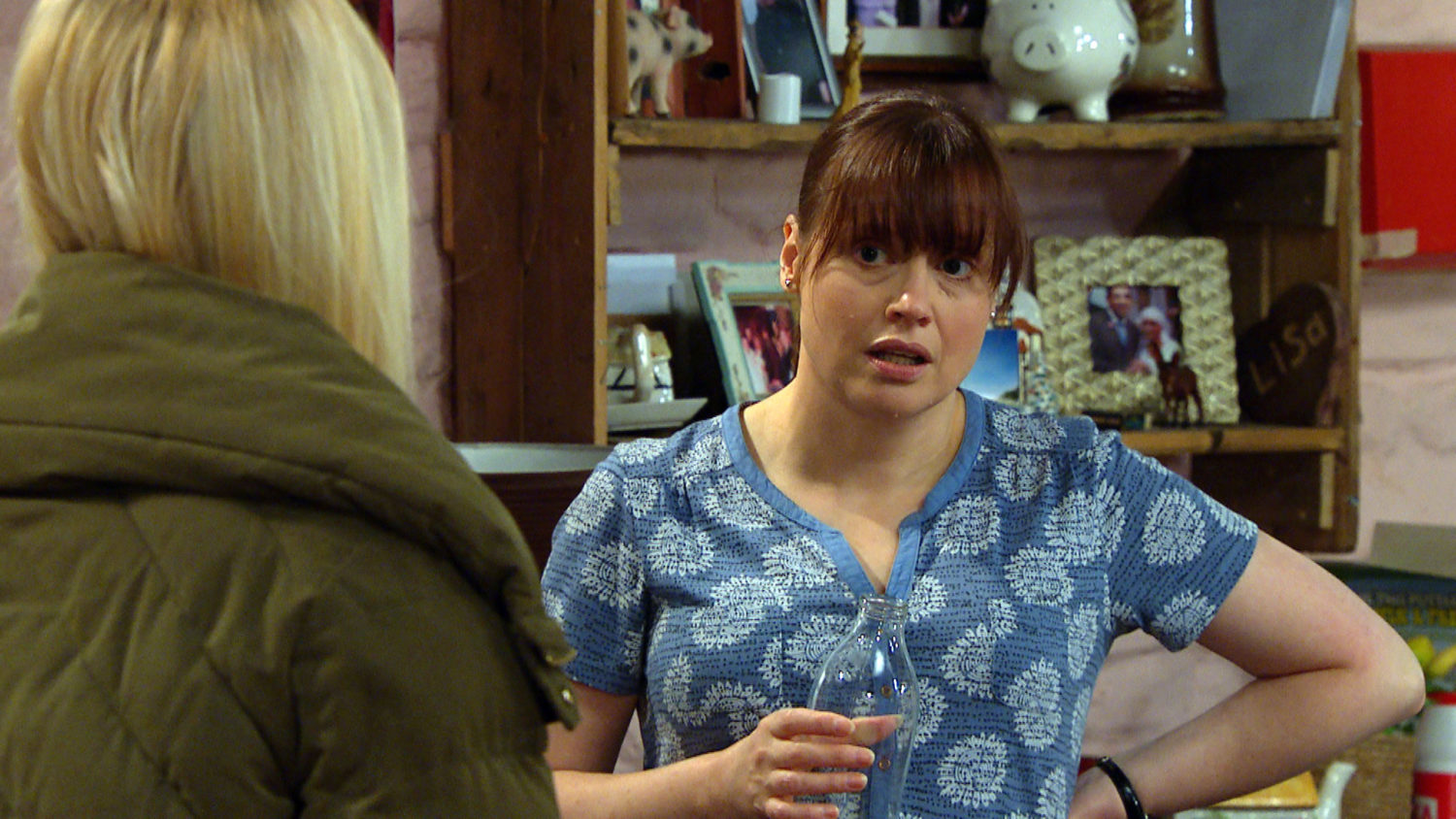 Belle leaves the Dingle family shocked when she reveals she’s in a relationship with Jamie.

Lydia is surprised and wonders if Belle is doing the right thing.

Belle heads outside to call Zak and tell him her news. 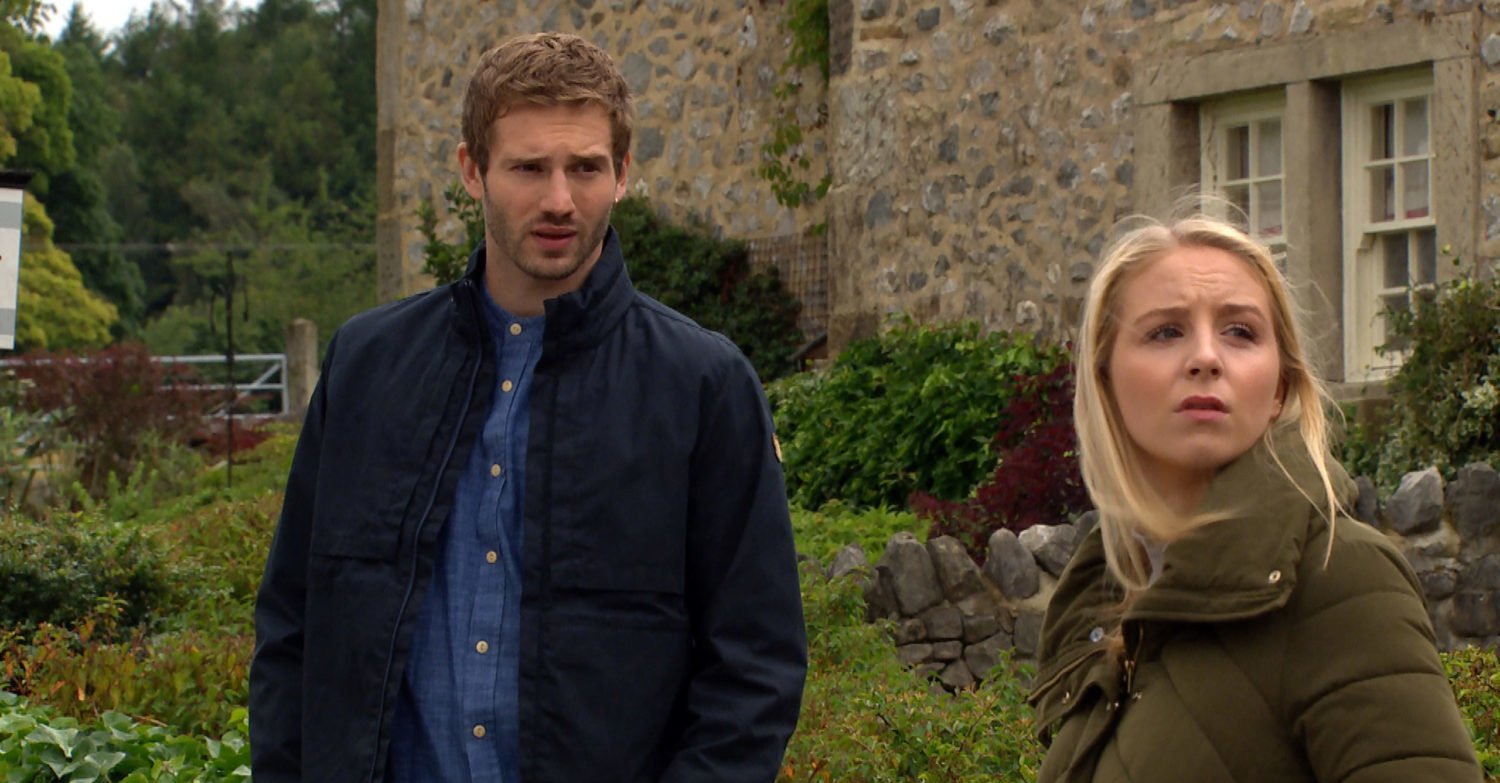 Jamie finds Belle to tell her he’s trying to persuade Nate to keep their secret.

Later Nate tells Belle that Jamie has been trying to bribe him into staying quiet, and Belle is fuming. 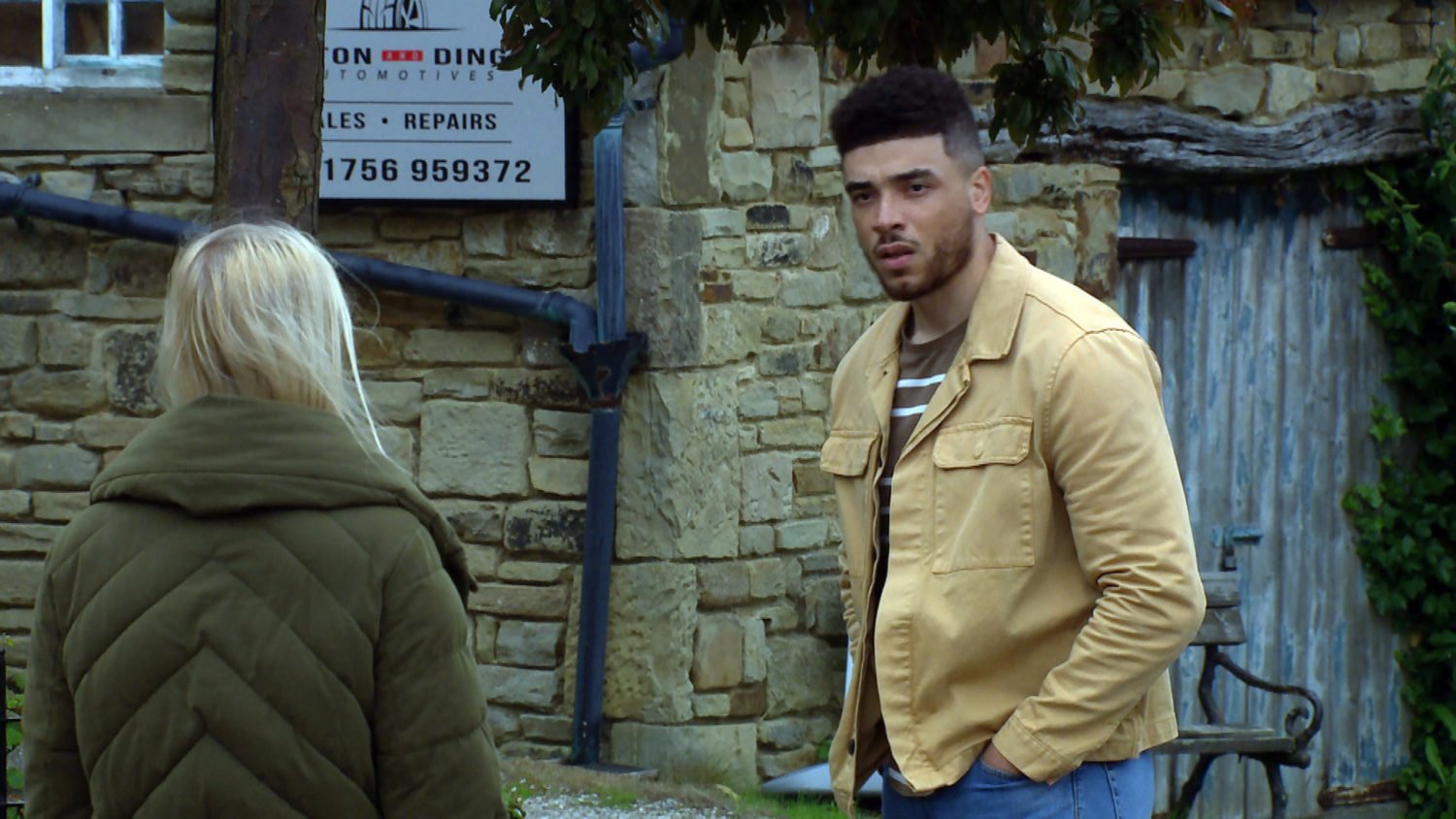 Belle tells Jamie he’s made things worse and he admits she now needs to be the one to talk Nate round.

But can she do it? 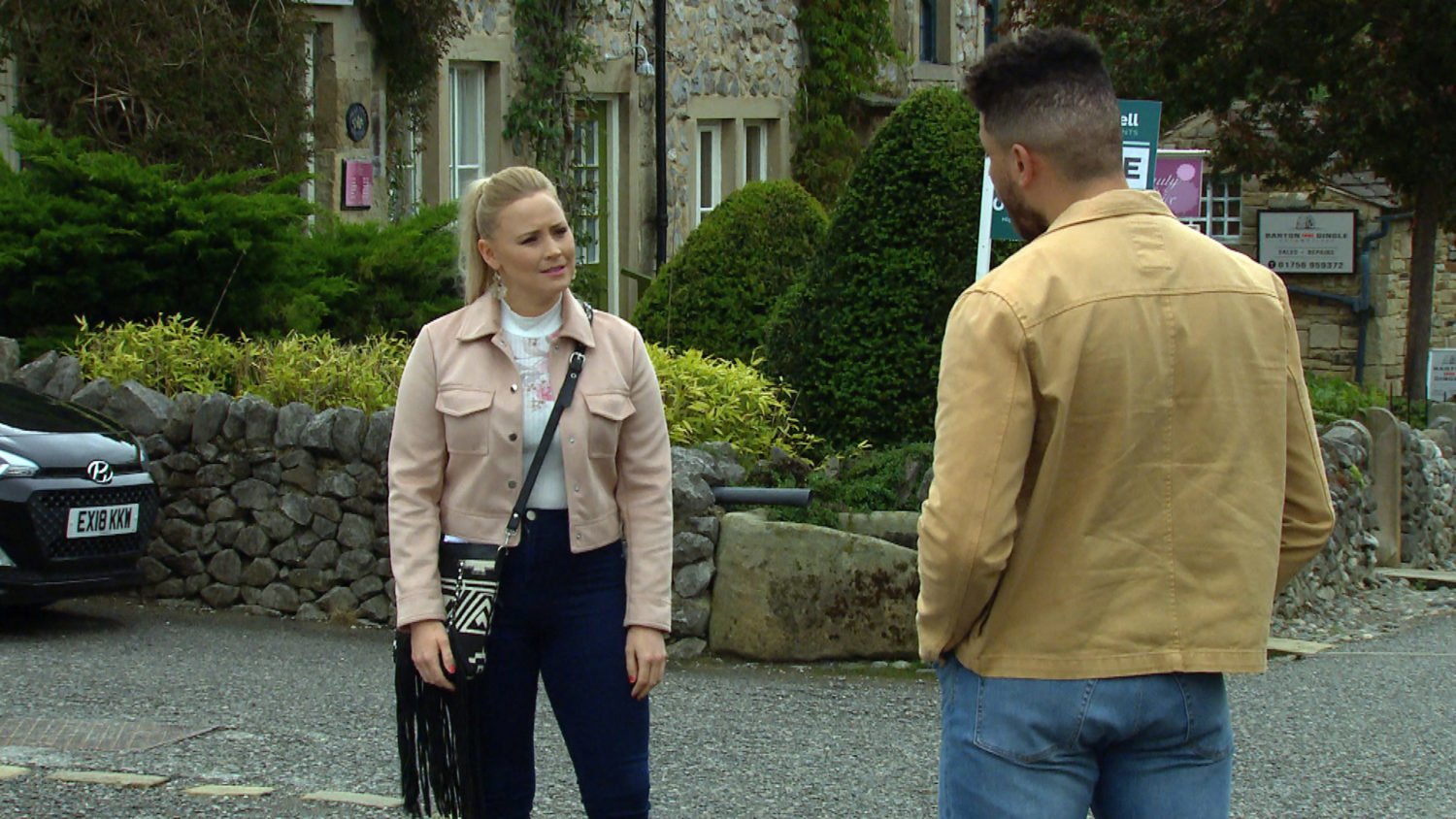 Tracy puts pressure on Nate to find a job, and he later revealed he’s managed to get his job back at Wylies.

Later, Tracy is surprised to see tension between Belle and Jamie and asks Nate what is going on between the pair.

He covers for the couple, but will Tracy work out Nate is hiding something? 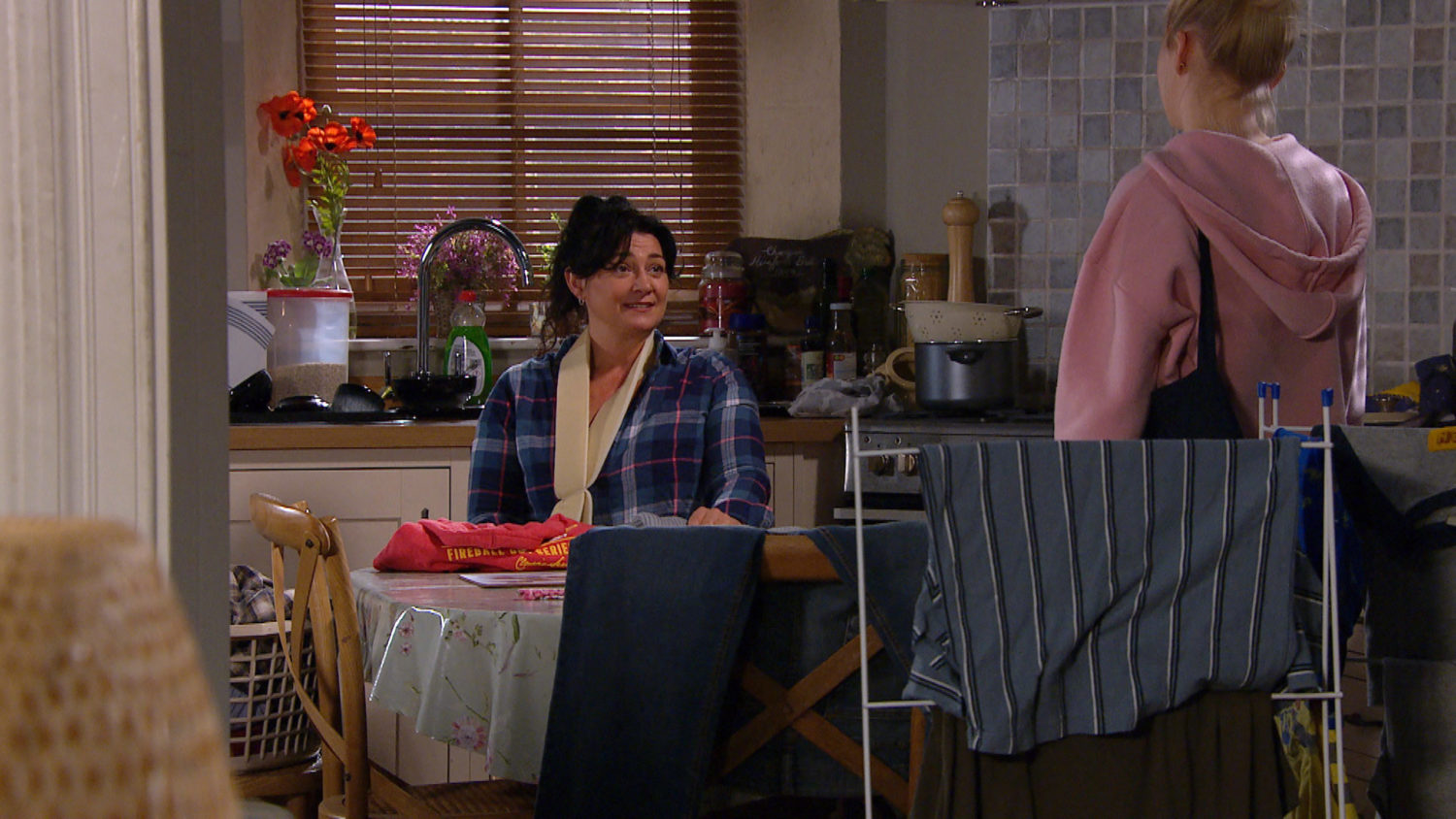 Moira is still struggling since her hit and run accident and Belle feels guilty seeing Moira in a bad way.

Will she be forced to come clean about Jamie’s involvement? 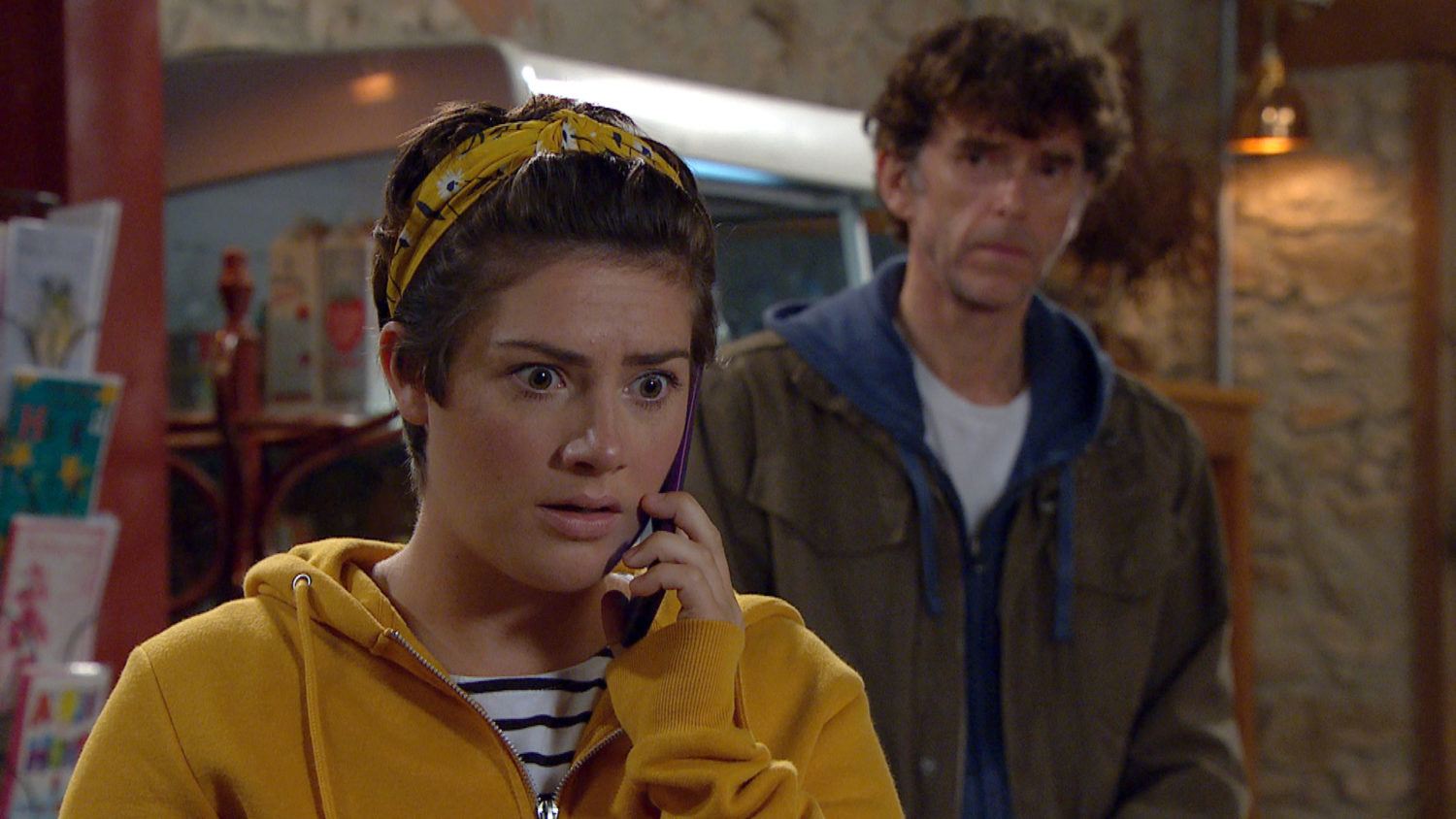 Marlon is on a mission to get Victoria and Luke together, but his plans are thwarted when Victoria gets bad news.

Victoria reveals her grandmother, Annie, has died, and Marlon feels awful for her.

4. Paul tries to win Mandy back 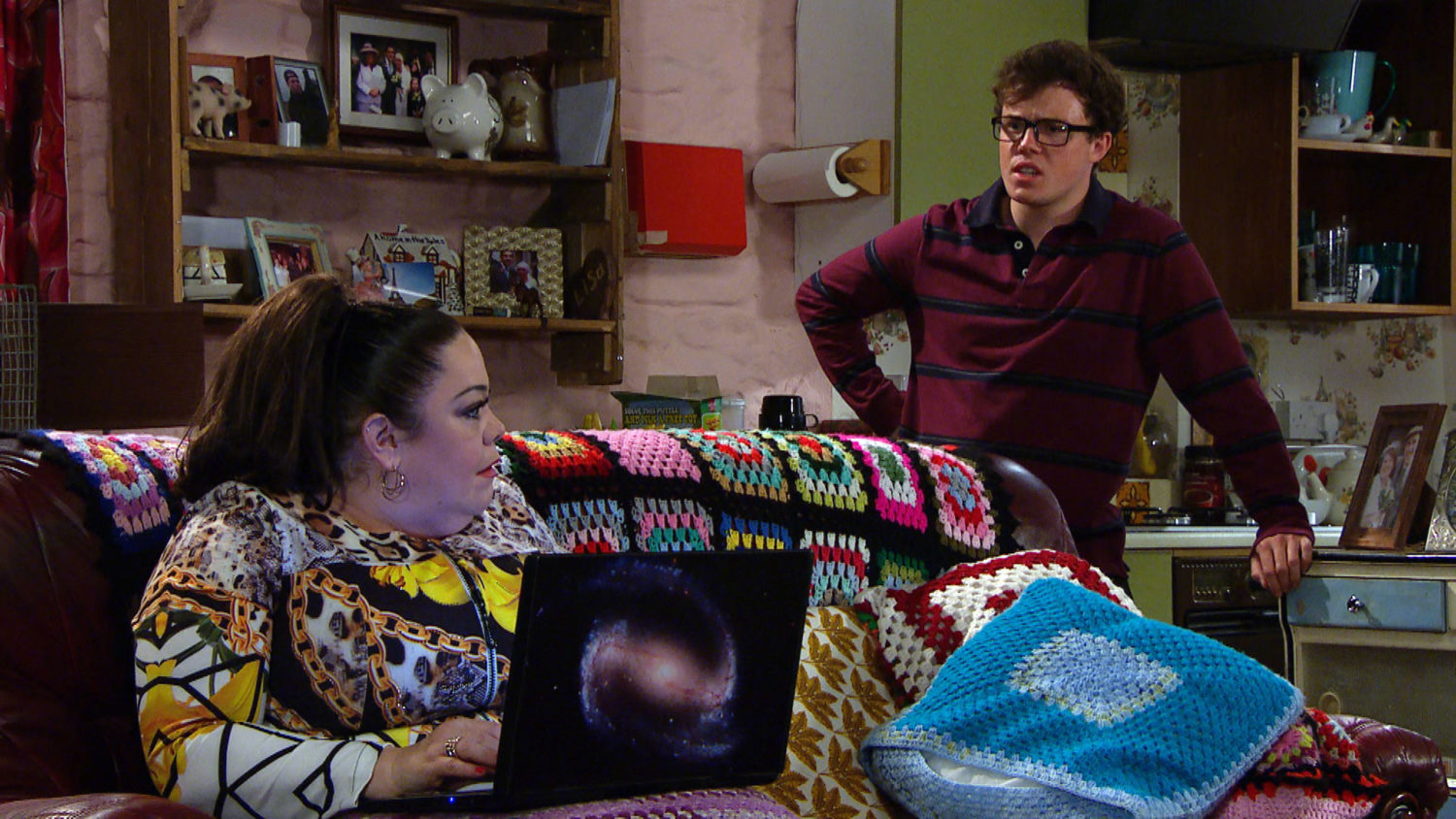 Vinny hits a nerve when he suggests Mandy still has feelings for Paul.

Paul comes up with a plan to win Mandy’s affections. 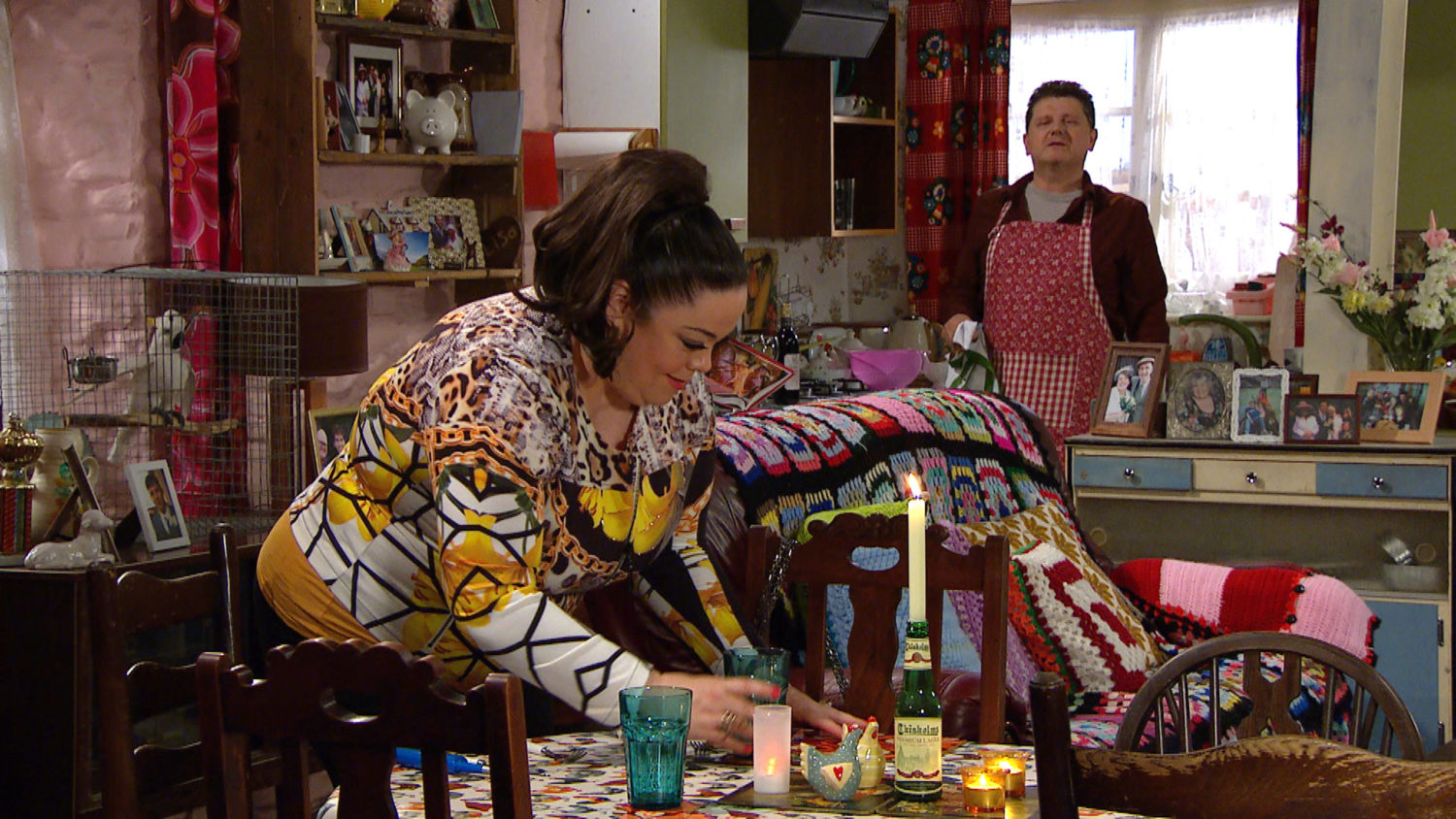 Paul uses Vinny’s crush on Liv to his advantage by planning a romantic meal for the pair.

Mandy is fuming when she hears Liv has cancelled at the last moment. 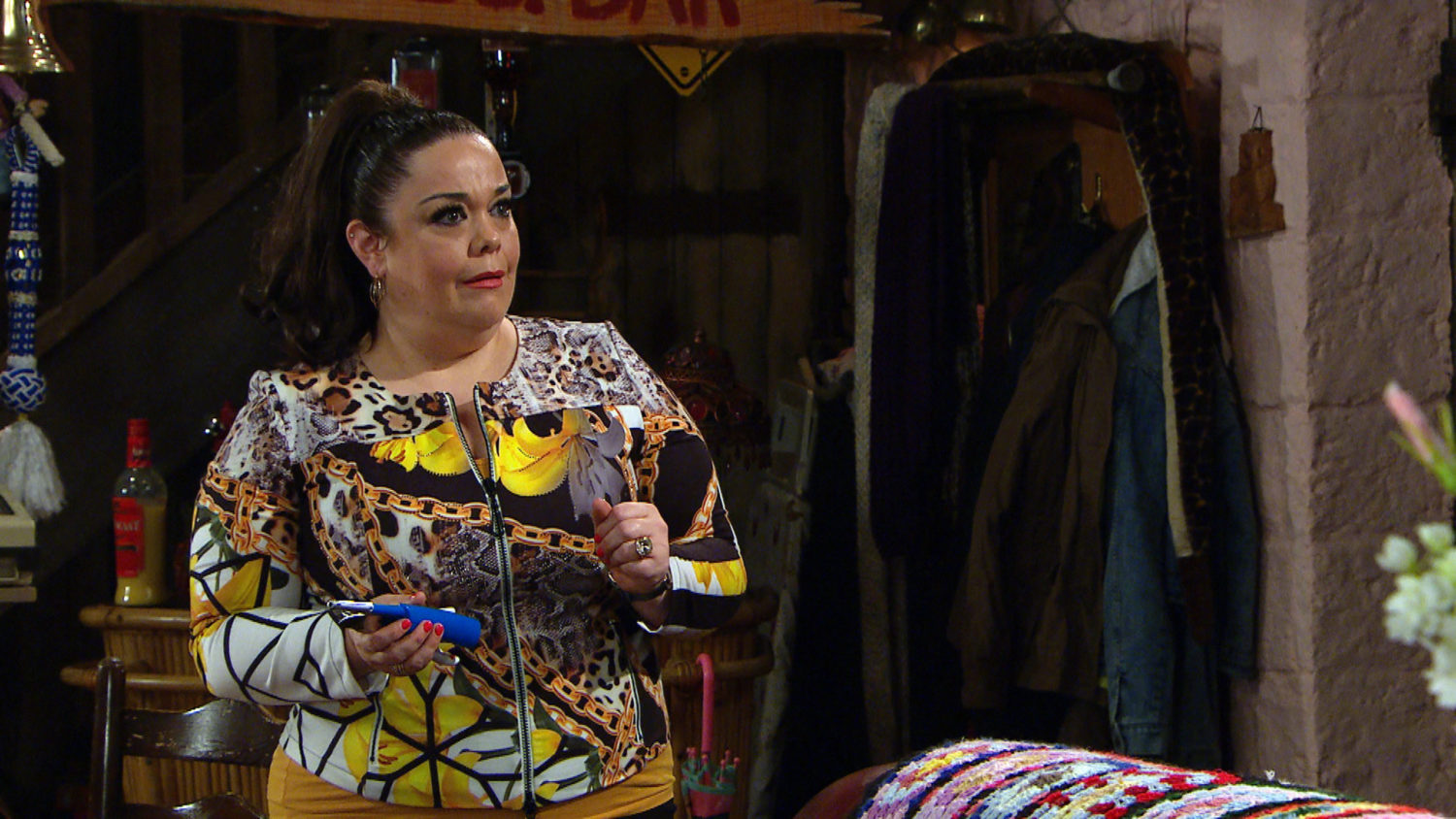 Mandy is shocked when Paul suggests they share the dinner, instead. 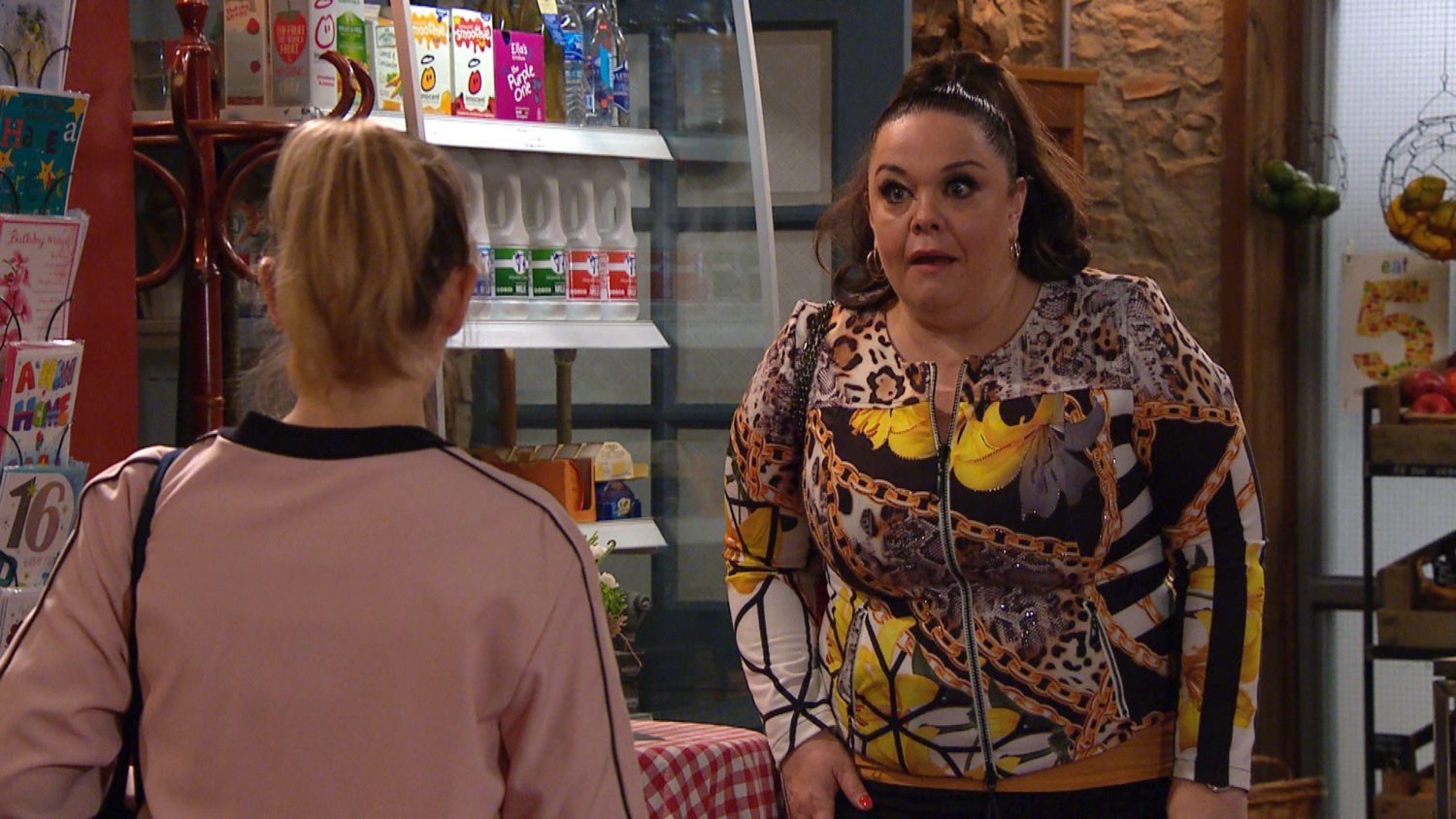 Mandy later sees Liv and confronts her about cancelling her date with Vinny.

But Mandy is shocked by Liv’s response. What has Paul been up to?