Emmerdale spoilers in pictures for next week see Laurel and Jai get upsetting news about their baby, while there is trouble between Cain and Moira already.

Meanwhile, Al finds a way to put off his wedding to Priya. But what is he hiding?

1. Laurel and Jai get upsetting news 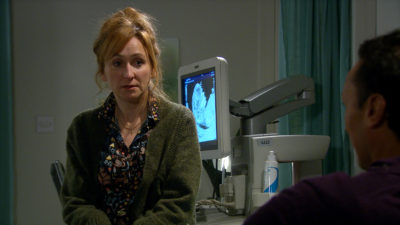 Laurel and Jai head to their private scan and discover that Laurel is 12 weeks pregnant.

However, the sonographer reveals the baby appears to have a type of chromosomal syndrome. 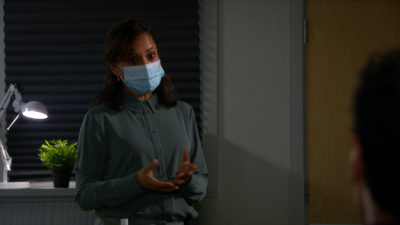 Laurel and Jai are told there are further tests the hospital can do to confirm their findings.

Laurel is crushed by the news, but Jai tries to remain positive. 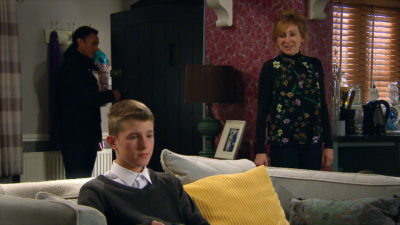 The following day Arthur makes a comment about a pregnant teacher at school.

Laurel reacts badly to her son’s passing comment, and Jai realises she is struggling.

The couple prepare themselves for the hospital test, worried about what it might reveal.

2. Trouble in paradise for Cain and Moira 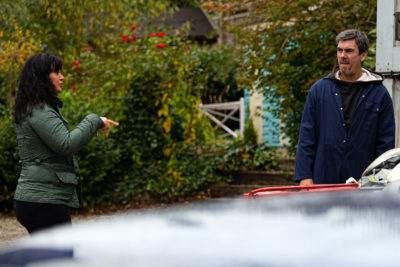 It’s Cain’s birthday, but when Moira suggests they catch some alone time together, he is dismissive. 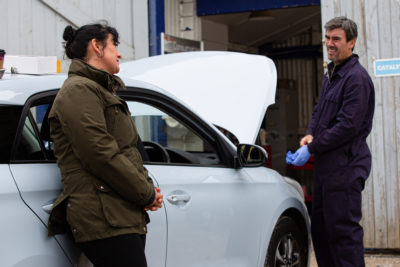 The following day, Moira manages to seduce Cain, but he is still moody.

Moira feels rejected and confides in Rhona about her relationship troubles. 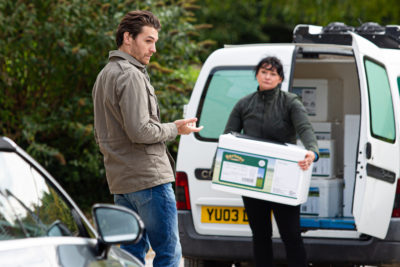 Mackenzie doesn’t waste an opportunity to wind Moira up about her relationship.

Eventually Cain opens up and tells Moira what is wrong… will the pair manage to fix things? 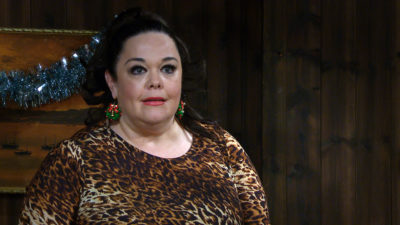 Mandy is feeling festive, but soon gets emotional that Vinny isn’t around.

Paul tries to be sympathetic, feeling guilty that it’s his fault Vinny is avoiding them. 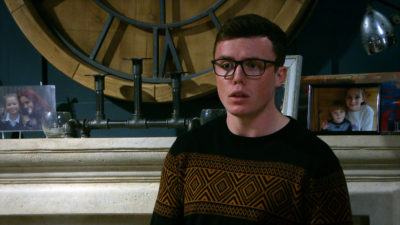 Mandy goes to see Vinny, but he avoids spending time with her.

Liv points out that Vinny shouldn’t let Paul come between him and his mum. 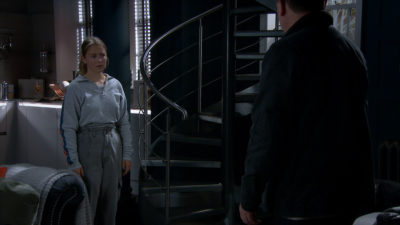 Paul tries to get Liv on side, but she soon realises he is threatening her.

Liv feels trapped and soon starts having a seizure.

Paul helps Liv as she comes round, but will he use her heath secret as a way to buy her silence? 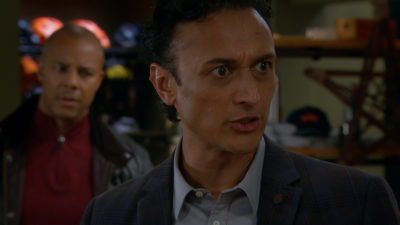 Rishi gathers the family, announcing that he will use his pension to pay for Al and Priya’s wedding.

Jai is fuming and accuses Al of being a money grabber, leaving Priya cross.

But Al is adamant they won’t take Rishi’s money, using Jai’s outburst to his advantage.

Why is Al so determined not to get married?