Harriets lies start to catch up with her...

Emmerdale spoilers in pictures for next week see Harriet’s lies cause trouble, while Meena gets her pride dented by David.

Meanwhile, Tracy and Nate decide to hold a special party… 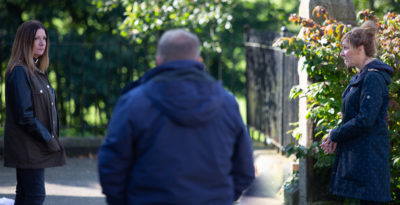 Harriet tells Laurel that her and Will’s wedding has been called off.

Instead of telling the truth, Harriet lies the wedding is cancelled because of money issues.

But her lie backfires when later Laurel says she has a plan to get the wedding back on. 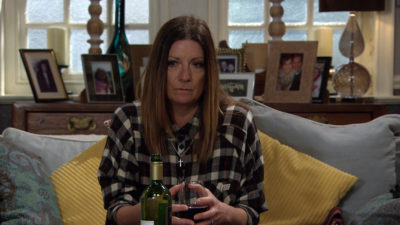 Harriet squirms when Laurel reveals people want to club together to pay for the wedding.

How will Harriet get out of this mess? 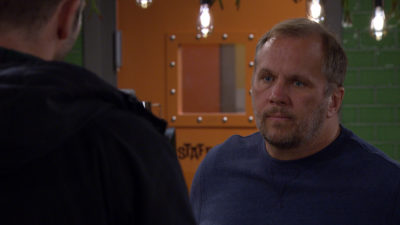 Elsewhere, Will finally snaps at Jamie, who has been taunting him.

Will sees red and punches Jamie in the face. 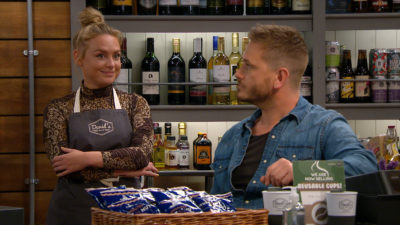 David is thrown when Amy reveals Meena has got the hots for him. 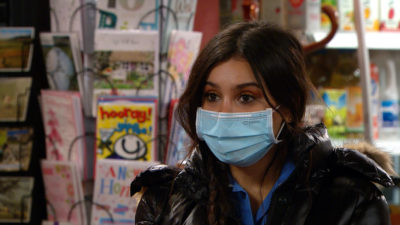 Meena strikes up the courage to ask David on a date. 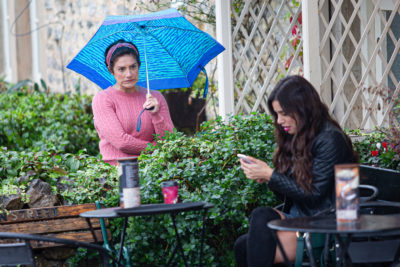 But when David is forced to cancel their date at the last minute, Meena isn’t happy.

Will she find out why he really stood her up? 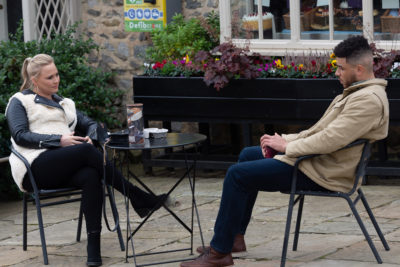 Lydia goes with Tracy to her baby scan, and Tracy opens up about her fear Nate will go to jail.

Later Nate and Tracy wonder whether to open the envelope revealing their baby’s gender.

They decide to keep it a secret and host a gender reveal party. But later Nate admits to Lydia that he could be going to prison for two or three years.

With Tracy believing he would only be in jail for six months, Lydia urges Nate to talk to her. 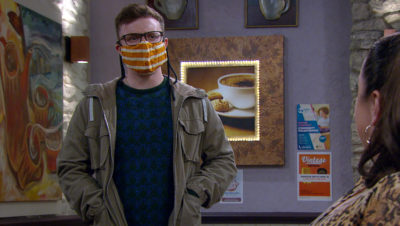 Vinny is surprised when Mandy tells him she wants them to have their own home.

But is her dream of sharing a home with Vinny and Paul only going to cause trouble?

Mandy admits she has got enough money for the deposit, but keeps it a secret from Paul. 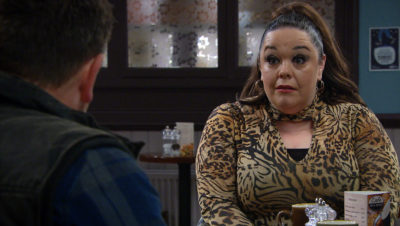 Paul is hurt that he has been left out of Mandy’s plans to buy a house.

He offers to take the deposit money to the bank, but Mandy turns him down.

Paul is hurt that no one trusts him, but are Mandy and Vinny right to be cautious?

Later, Paul secretly pockets the cash and heads to the bookies.

Is Paul about to blow all of Mandy’s savings?