Amelia's life hangs in the balance next week

Emmerdale spoilers in pictures for next week see Amelia left fighting for her life, while Charity does the unthinkable and cheats on Vanessa.

Meanwhile, Gabby stirs up more trouble between Leyla and Liam. 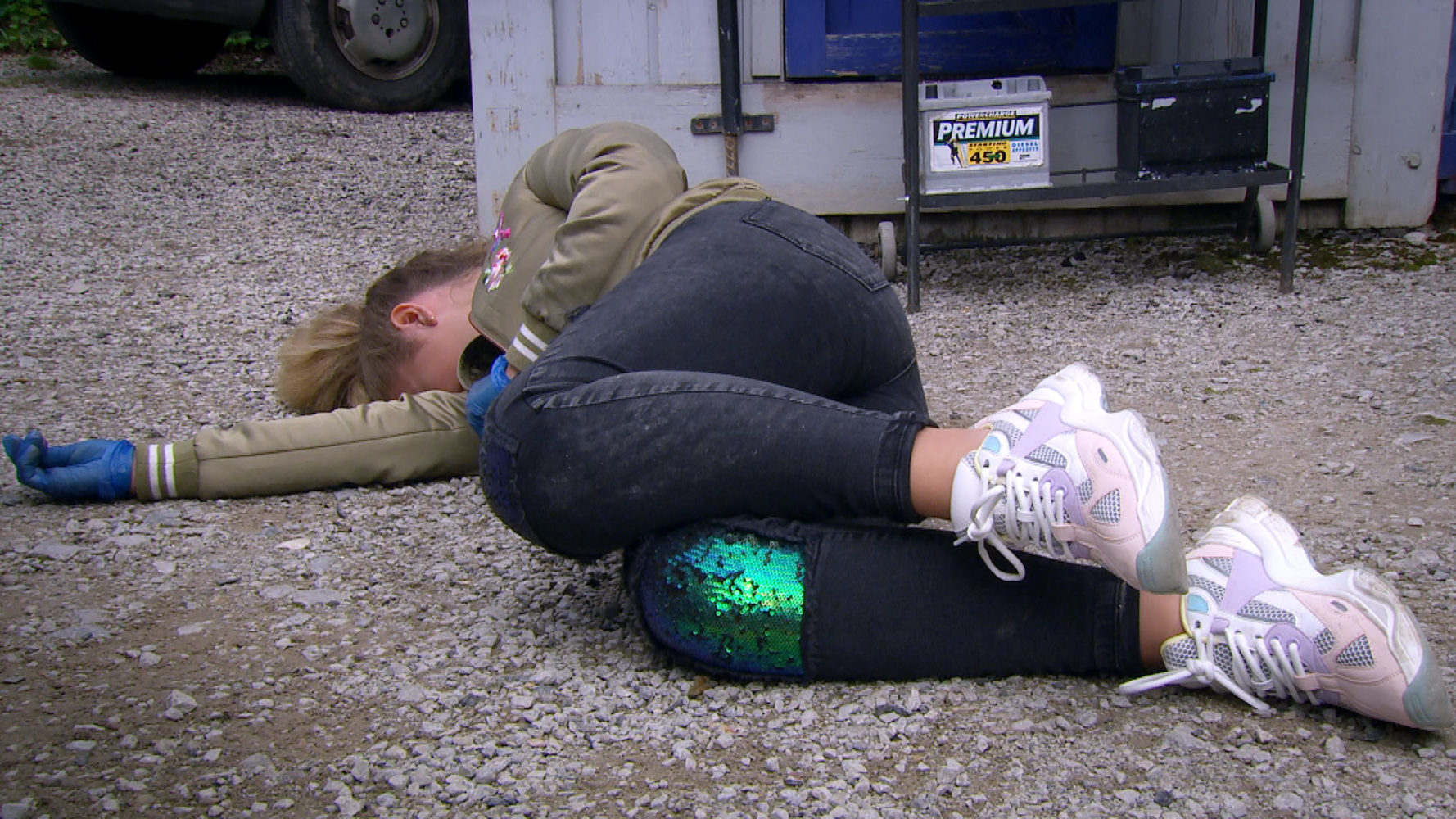 But soon the bag is the least of Amelia and Dan’s worries.

When Amelia helps a struggling Dan at work, she ends up in an accident. 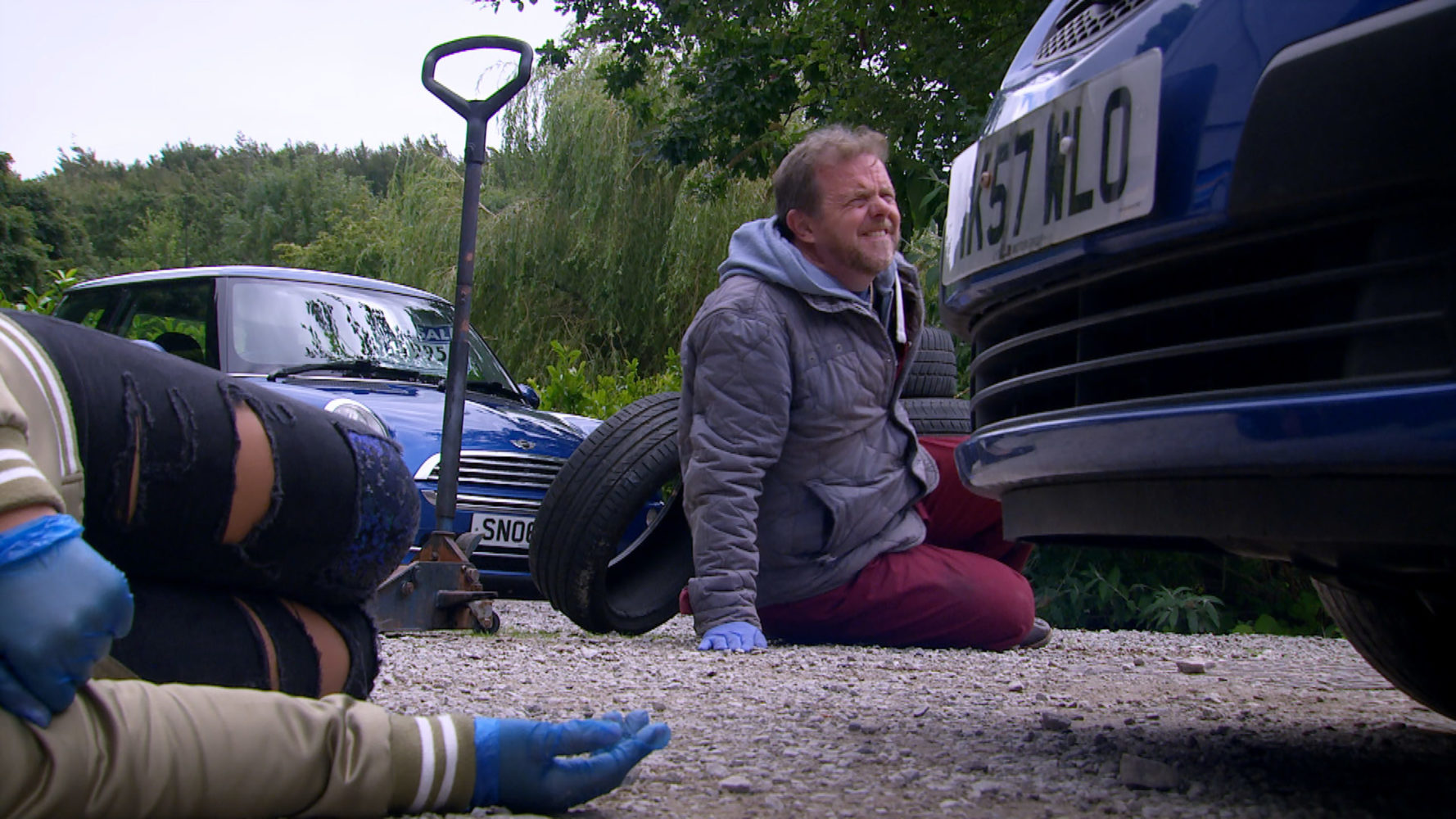 As Amelia is knocked unconscious, Dan goes to help but his back freezes and he falls to the ground.

Will Amelia be okay? 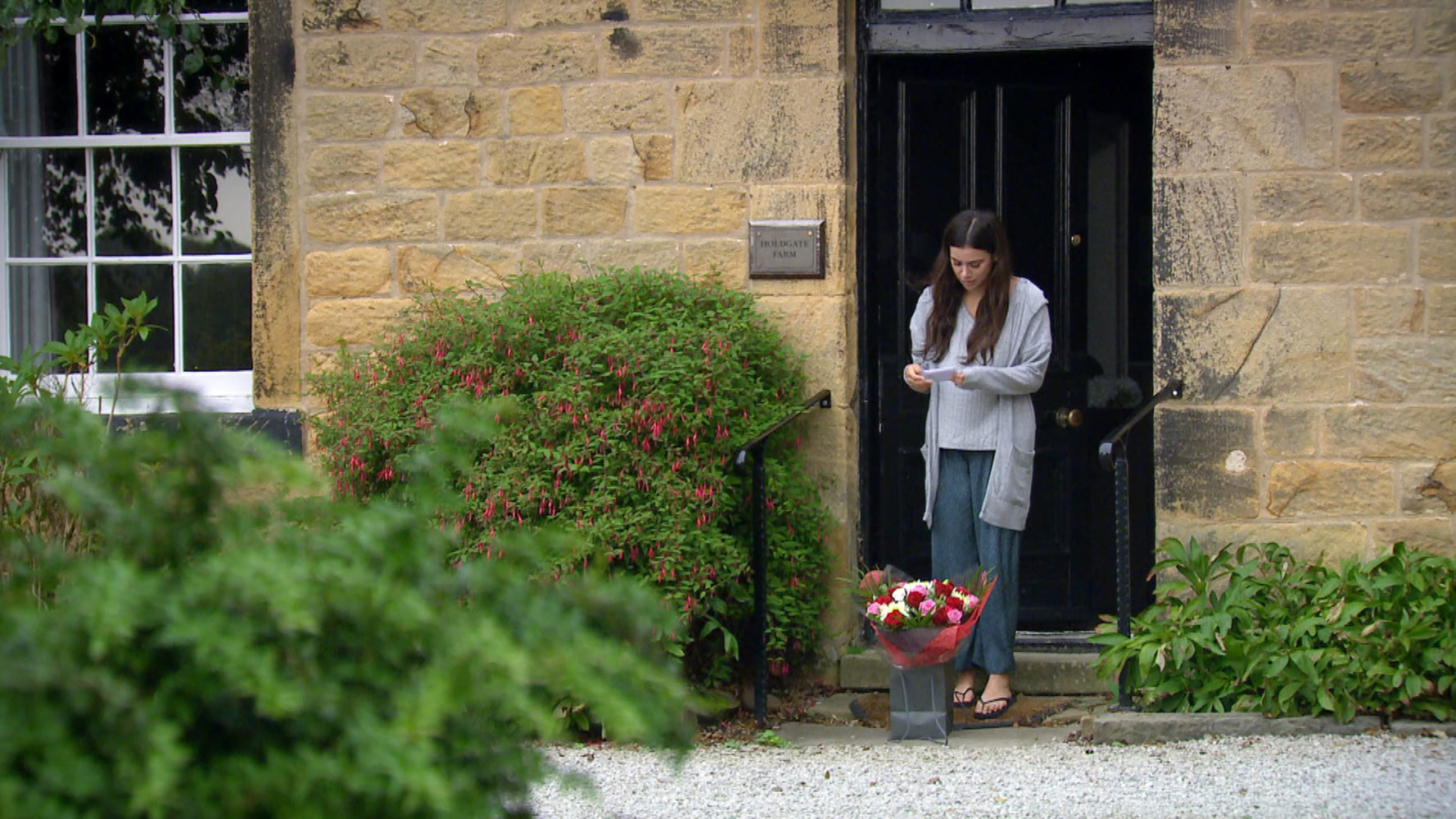 Meena is surprised to find a bouquet of flowers on the doorstep.

But she is even more surprised to find they are addressed from Liam. 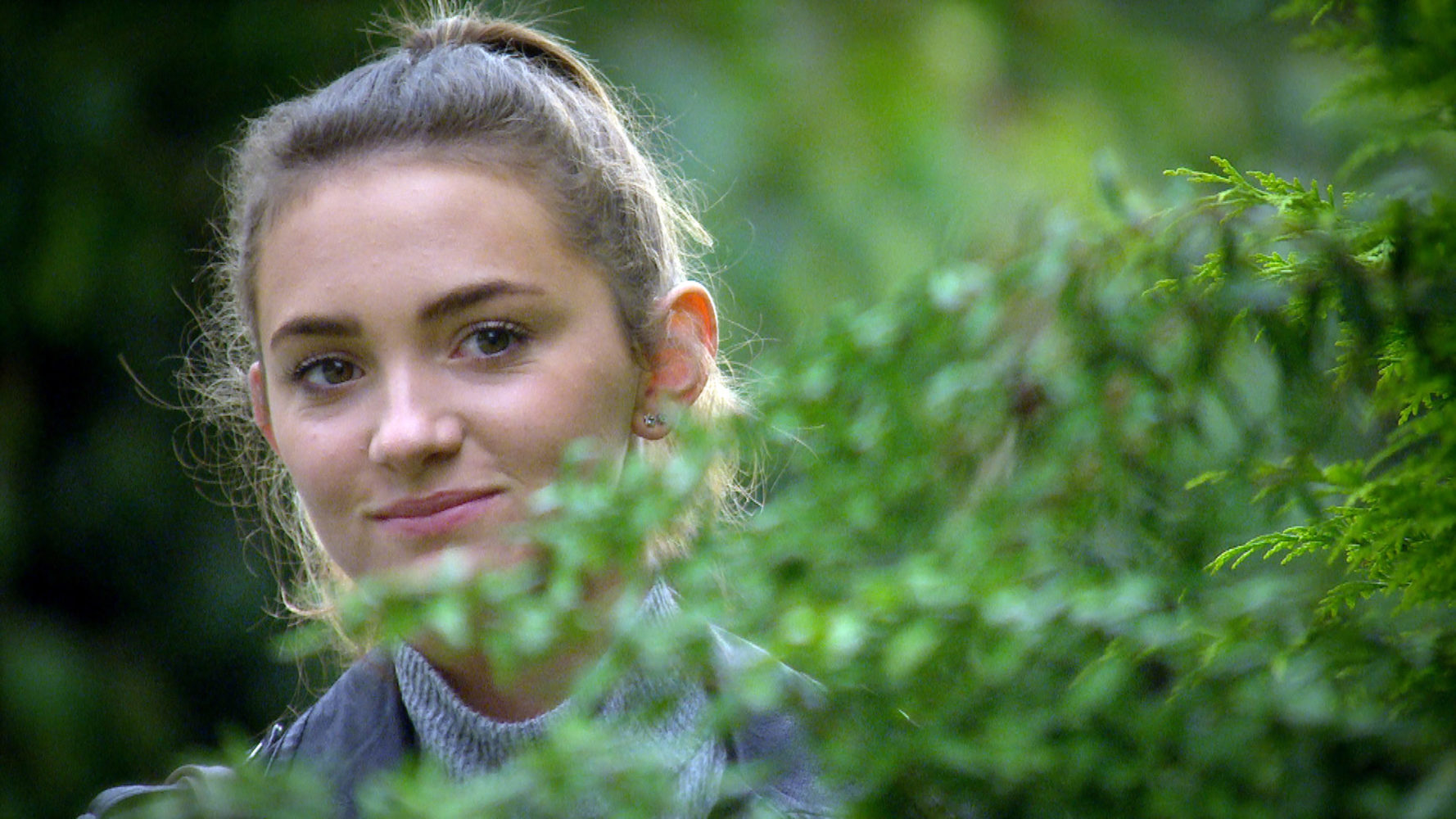 Little does Meena know, Gabby is behind the whole thing, determined to stir up trouble.

Leyla is horrified when Meena reveals Liam has been sending her flowers. 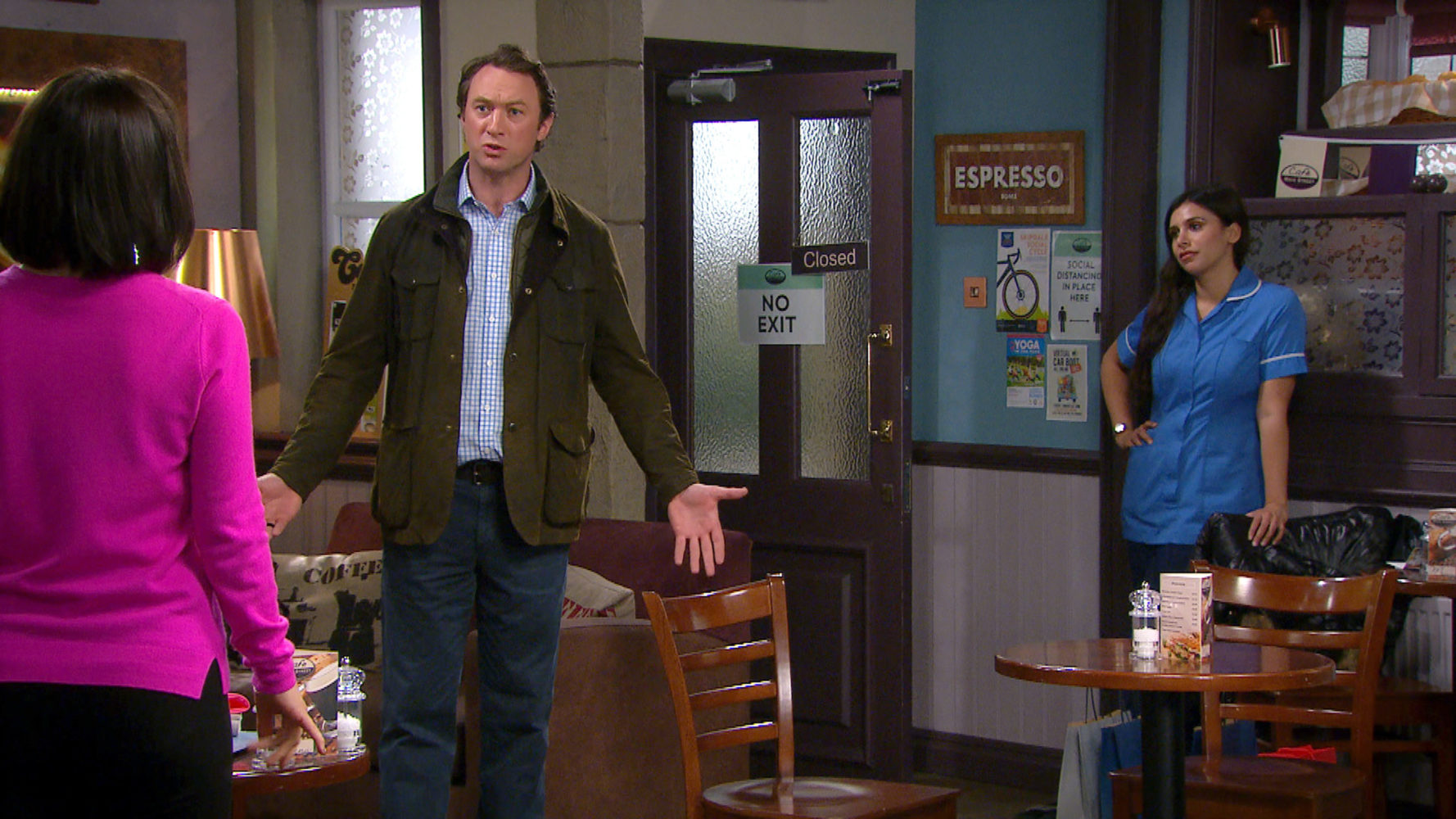 Of course Liam has no idea what is going on and desperately tries to prove his innocence.

But before he knows what is happening, Leyla has dumped him.

3. Moira’s blast from the past 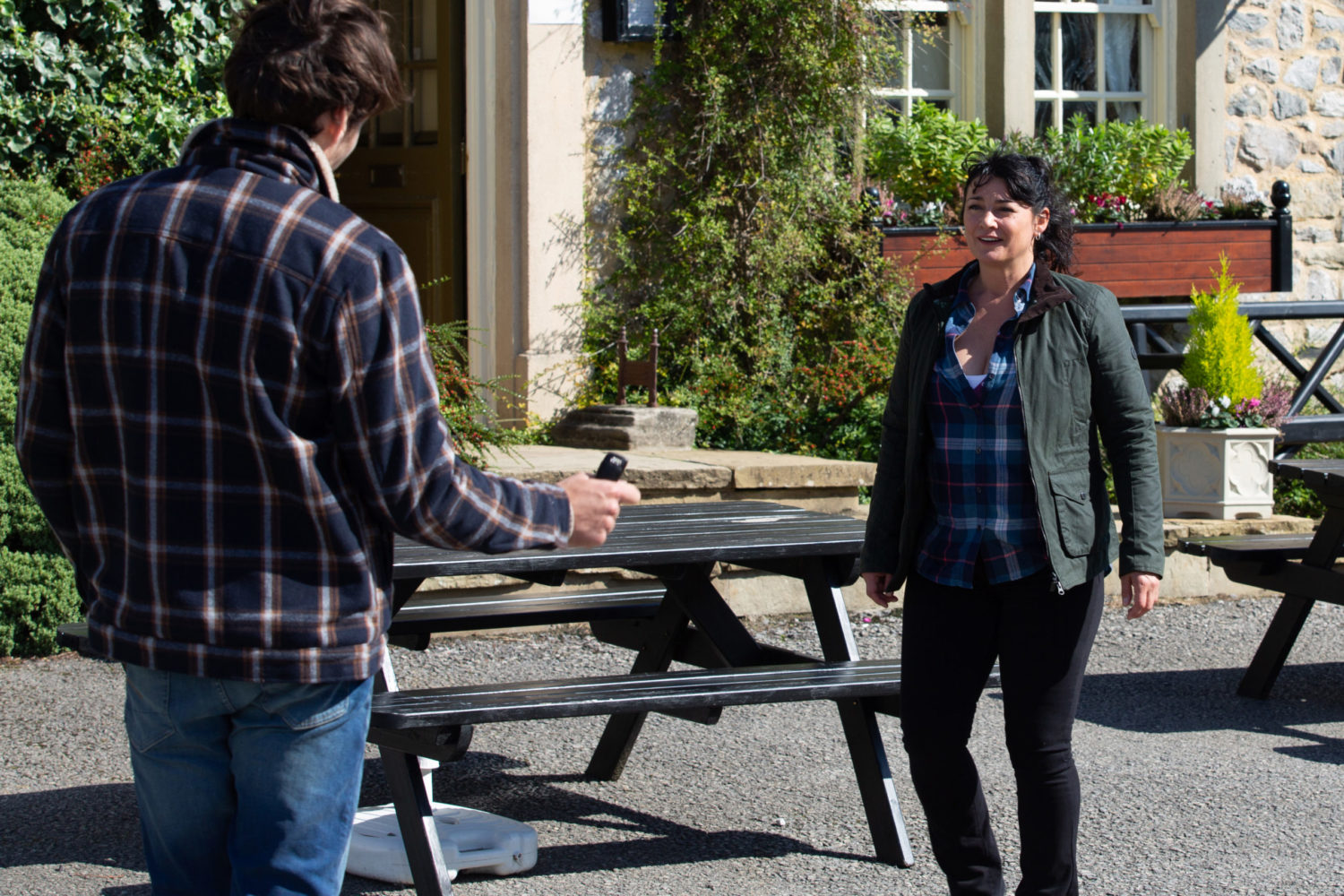 Moira is shocked to see her brother MacKenzie in the village.

The pair share an emotional reunion but not everything is as it seems. 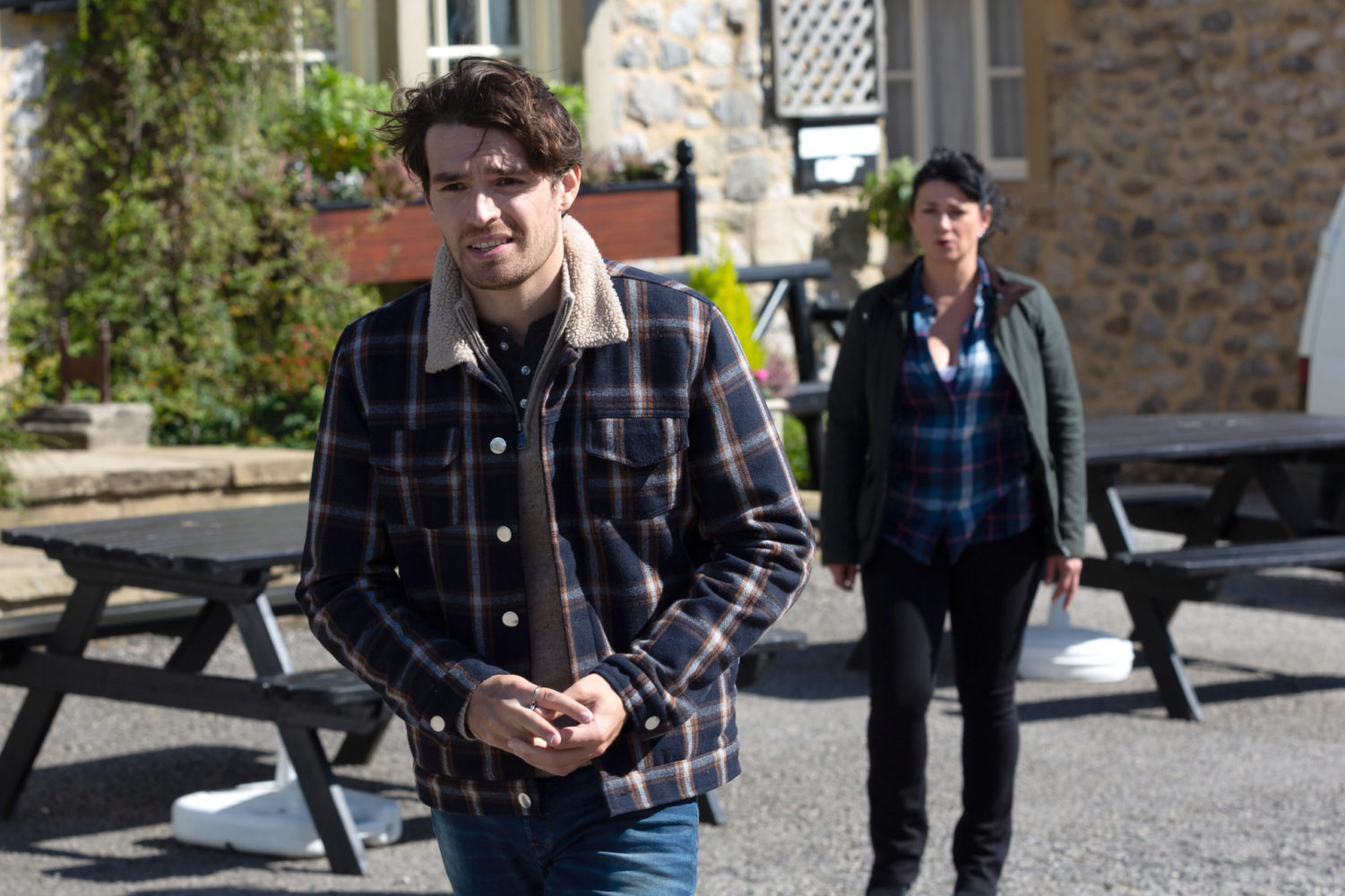 What is the history between these two? 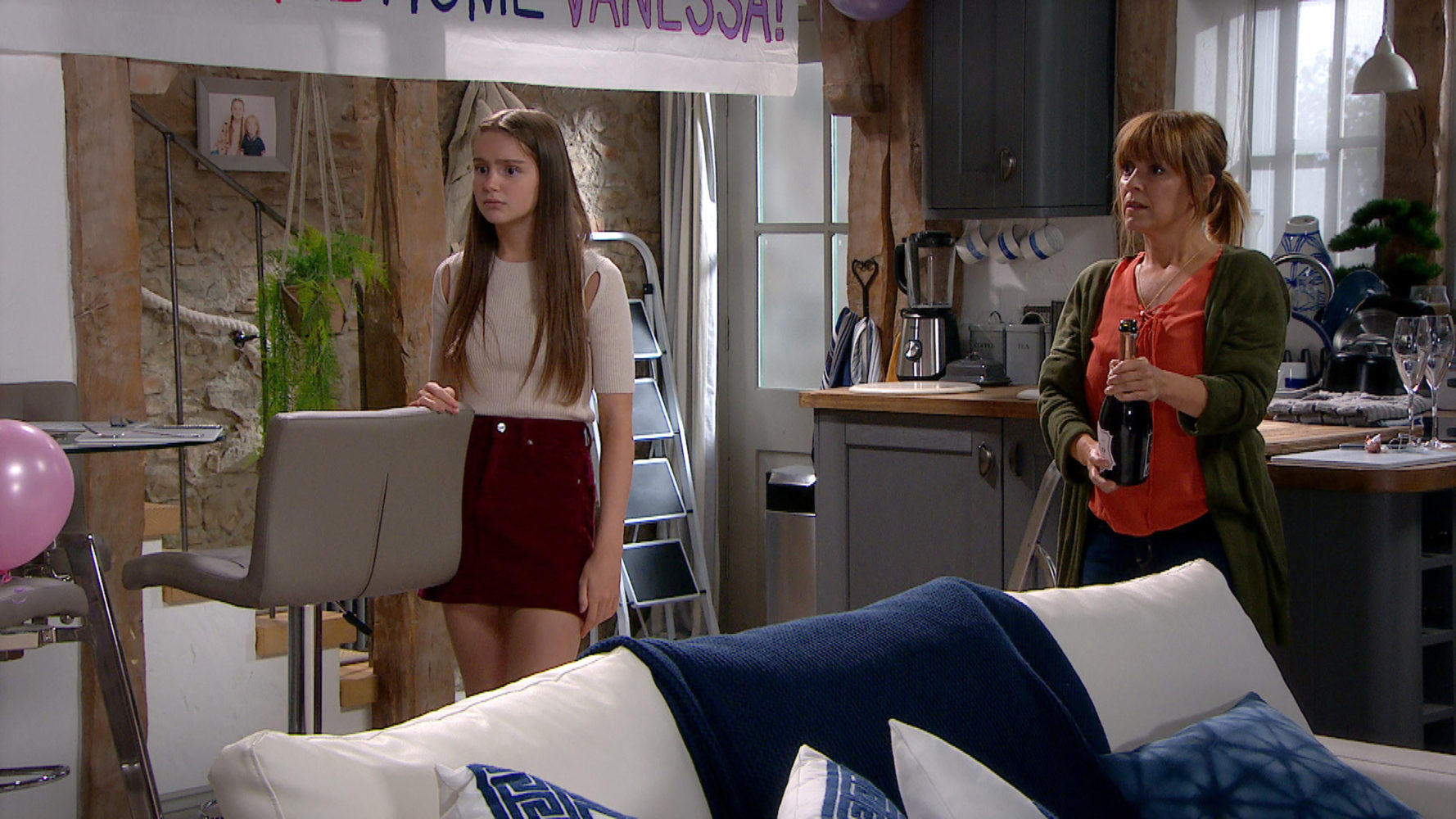 Charity is heartbroken when Vanessa doesn’t come home after the custody hearing, instead going straight back to her mum’s.

Everyone is surprised by Vanessa’s actions and they’re worried about how Charity is coping.

Charity is convinced that Vanessa is having an affair. 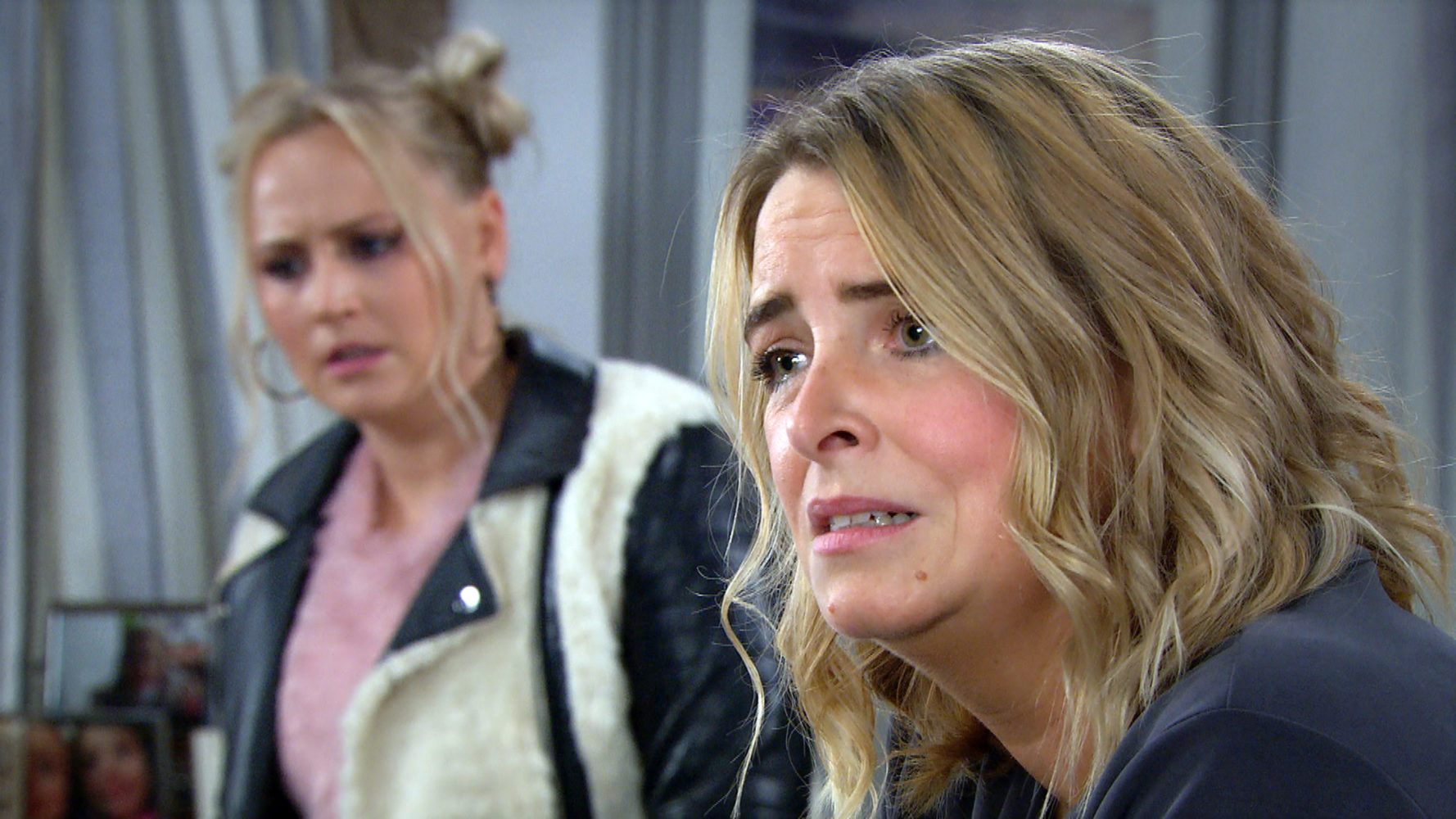 Charity storms out of the house and parks in a lay-by to think.

But as she drives home, another car crashes into her and she is livid.

However, Charity is soon flirting with the other driver and ends up kissing him. 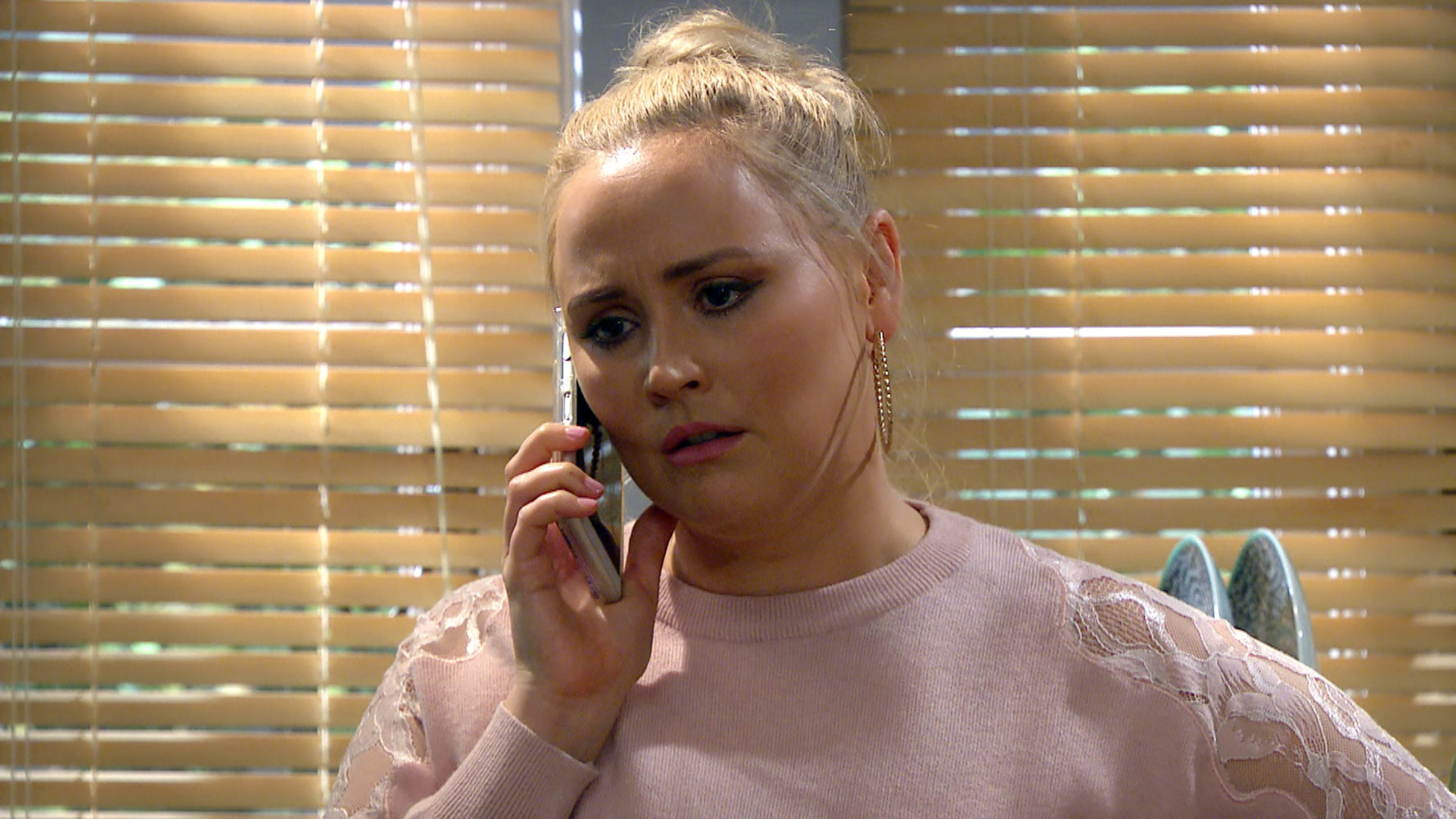 Charity is guilty about what happened, panicking about cheating on Vanessa.

But things get worse when Tracy gets a call from Vanessa that leaves everyone unsettled.