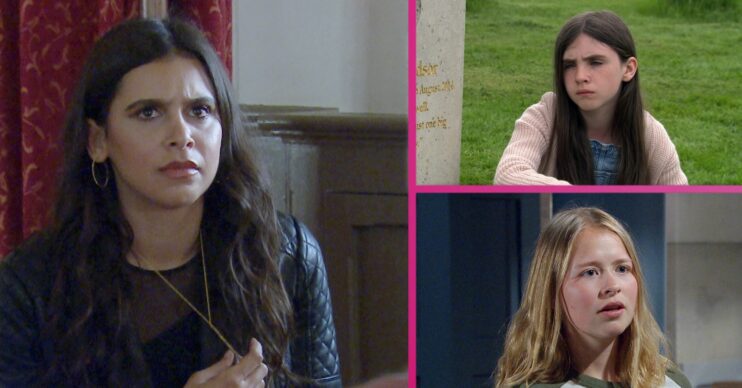 Will Meena be discovered?

Emmerdale spoilers for next week reveal Meena fears getting caught out.

Meanwhile Marlon makes a shocking discovery about April, and Aaron blames Liv for Ben not wanting to move in.

1. Jacob and Liam fall out over Leanna’s funeral 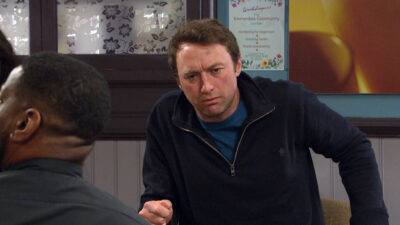 He berates Leyla and Jacob’s overblown ideas, telling her he’ll be arranging things himself from now on.

Liam tells she has let him down when he needed her most.

The next day Liam tells Charles he wants a traditional, dignified and respectful funeral for Leanna. 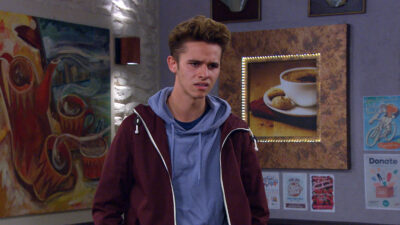 Liam struggles to contain his anger as a defiant Jacob arrives and joins the meeting.

Liam does his best to continue regardless, but Jacob is determined and soon things reach boiling point.

Jacob pleads with Liam to think about the funeral, pointing out it should reflect all that was unique and amazing in Leanna’s personality. 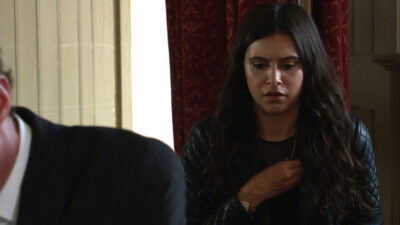 At Leanna’s funeral, Meena secret fiddles with Leanna’s ring on her necklace.

As the ring falls from the necklace, Meena panics. She watches in horror as it rolls near Liam’s shoe. 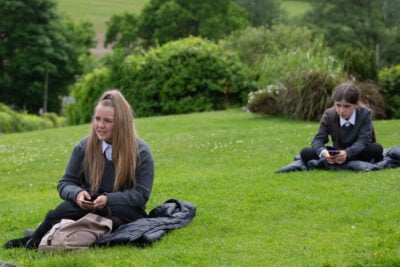 April is distraught to receive a cruel meme of Donna on her phone.

Seeking solace at Donna’s grave, she questions why trolls hate her so much.

Cathy joins her and assures she’ll protect her and reckons it’s best for April to keep the bullying secret from Marlon. 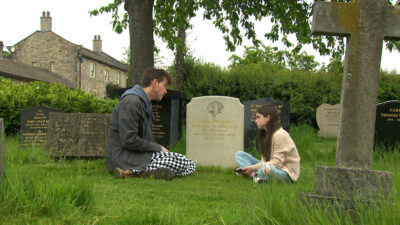 Rhona tells Marlon he’s worried April is lying to them because she’s hiding something.

Marlon sets out to find her and discovers April at Donna’s grave.

Marlon admits he knows about her internet ordeal. 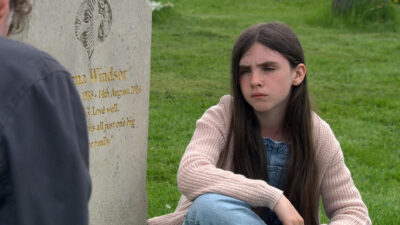 They’re both tearful as he apologises for letting her down by not protecting her.

Intent on ridding April of the bullies once and for all Marlon takes her phone and deletes all her social media accounts.

He tells her he’s keeping her phone for a few weeks until it all settles down.

Marlon pulls her closely for a hug, clearly guilt-stricken to have let her down.

4. Aaron loses it with Liv 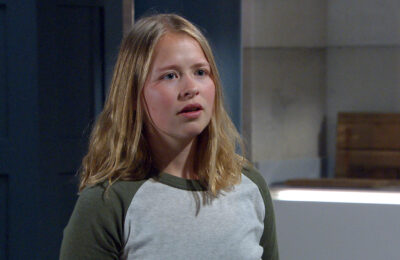 Ben is torn over his dad’s emotionally-blackmailing texts.

Aaron urges him to delete them and focus on himself and Ben complies.

He apologises to Liv for lying about his connection to Warren.

Witnessing his distress, she’s uncomfortable finding it all too close for comfort. 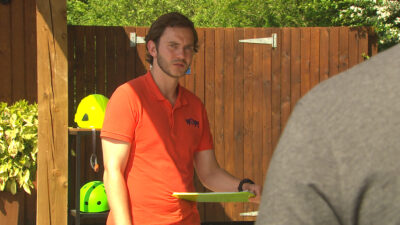 When Aaron catches up with him later at work, Ben agrees he needs to collect the rest of his stuff from his dad’s house.

However he declines Aaron’s offer to move in, explaining he can’t live with another alcoholic.

Forced to accept Ben’s decision, Aaron is angry at Liv for ruining thing. Aaron’s anger rises as he blames her for Ben’s refusal to move in.

Drunk and in denial, Liv says the real reason is Ben isn’t that into him.

Set to explode, how will Aaron respond?

5. Diane gets her revenge on Jamie 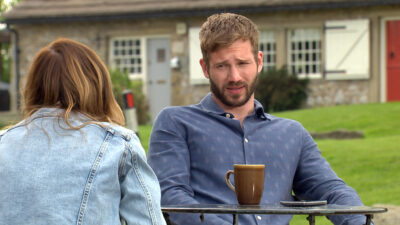 Read more: Emmerdale: Who will Meena kill next? Bookies have revealed their odds

Diane wants revenge on Jamie for his cruelty towards Gabby. She throws his belongings out of the B&B.

Later Jamie lies to Andrea about the reason for his and Kim’s estrangement.

Will Kim tell Andrea the truth as she confronts her?