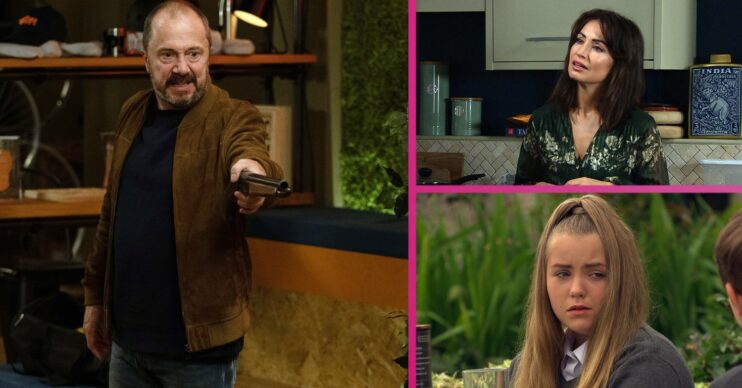 Meanwhile Liam finds out about Leyla’s pregnancy, and Cathy starts to feel guilty as April’s bulling gets worse.

All this and more in next week’s Emmerdale! 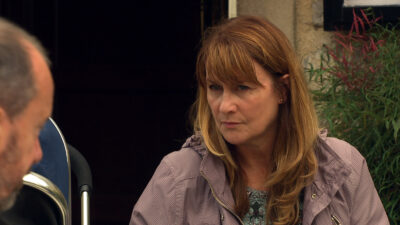 Russ reveals to Wendy the reason he’s on the run is because he shot a policeman during an armed robbery at the jewellery store.

Soon Wendy realises he’s more dangerous than she had ever imagined.

Russ orders Wendy to convince Victoria to hand over the money, but she feels instantly disgusted with herself.

She’s unaware Russ has a plan B in the boot of his car: a sawn-off shot gun. 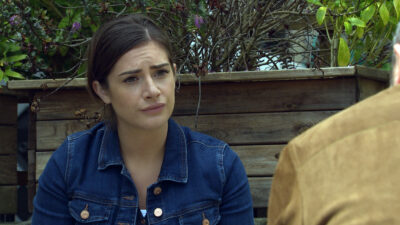 The next day, Vic tells Russ he’ll have the money by midday and he pretends to be overwhelmed with gratitude.

Later Wendy feels guilty and arrives at the Hide, urging Victoria not to give Russ any money.

Vic is left confused by her change of heart.

Wendy tells Vic that Russ is blackmailing her with a secret that could ruin her life. 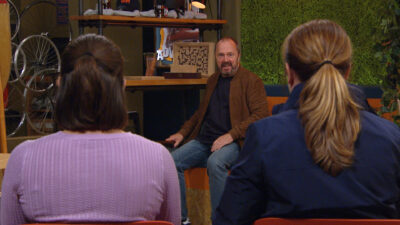 Before Wendy can tell Victoria what the secret is, Russ shows up demanding answers as to why the money hasn’t come through.

Soon the two women are trapped.

Seeing Russ was willing to blackmail Wendy to rip off his grandson, Vic is disgusted with him.

But as she makes a call to the police, Russ reaches into his coat and pulls out the gun. 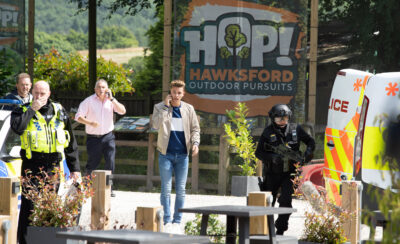 After taking Victoria and Wendy’s phones, Russ secures the doors to The Hide.

Russ cocks the gun and points it at Victoria demanding she transfer the money to him.

When armed police arrive on the scene, the stand-off at the Hide escalates to a full-blown siege.

Outside the Hide, Jacob, Dan and Bob hear a shot ring out…

3. Liam finds out the truth 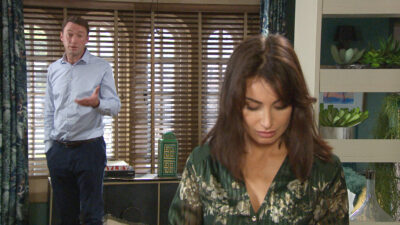 Earlier in the week, Wendy checks Leyla out at the surgery, but she’s determined to protect Liam by coping alone.

She persuades Wendy to bypass him and arrange a scan for her directly.

However when Priya acts suspiciously at the mention of Leyla’s name, Liam suspects something might be wrong.

Liam confronts Leyla and she admits she had a miscarriage and lost their baby. 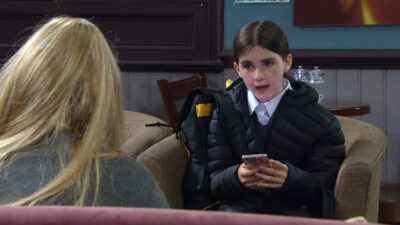 April’s phone pings with messages and she realises her number has been posted online.

She thinks this means she must know her bully, as Cathy looks increasingly worried.

April is overwhelmed and nauseous from the bullying and returns home early from school without notice.

Marlon attempts to find out what is troubling April but is interrupted by Cathy’s arrival. 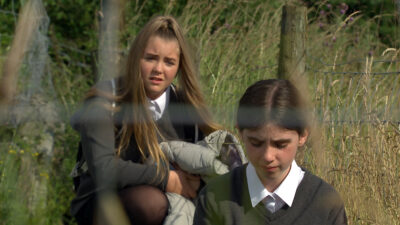 Marlon leaves the two alone together and Cathy is guilt-ridden over April’s obvious suffering. 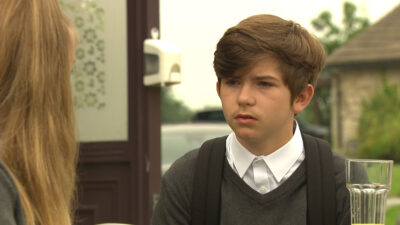 Cathy is left horrified by the level of emotional damage she’s responsible for.

As her guilt mounts, Cathy goes to the café and tells Heath she’s responsible for April’s bullying.

6. Charles makes a confession to Andrea 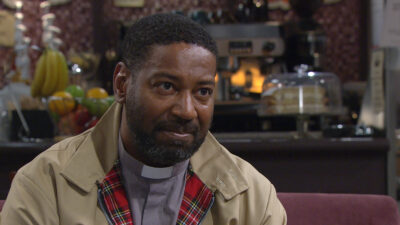 Meanwhile Charles tells Andrea he loves her. Will she say it back? 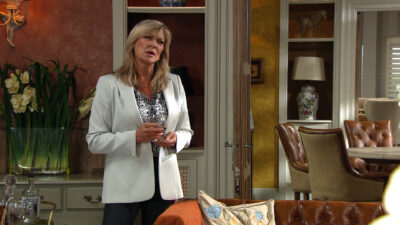 Kim is dumbfounded to discover that Jamie is back living under her roof after worming his way back in with Gabby.