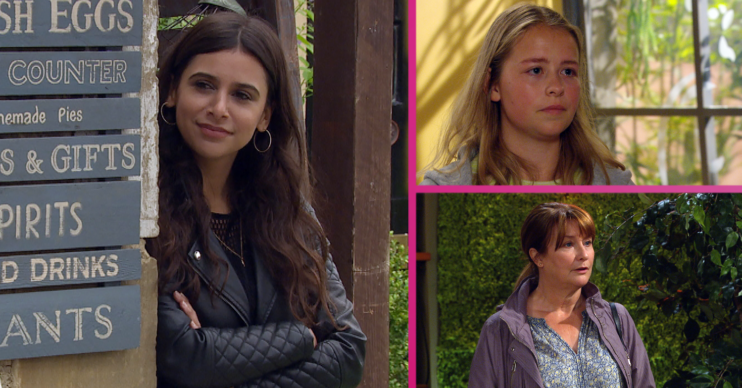 Gabby is concerned when she finds out what happened with Liv

Emmerdale spoilers for next week reveal Wendy’s ex-husband Russ turns up in the village.

Meanwhile Gabby is concerned after an incident with Liv and Noah, and Meena is determined to spend time with Victoria. 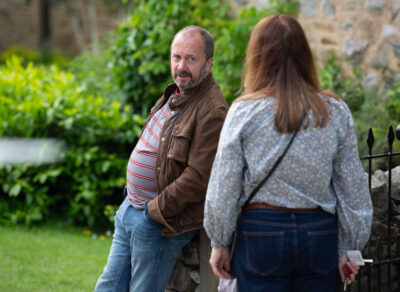 Wendy is shaken to find Russ on her doorstep, angry that his mother left all her inheritance to baby Harry.

He demands that they talk.

Bob is oblivious and looks forward to an evening with Wendy, but she is anxious about Russ.

It’s soon revealed he is Wendy’s abusive ex with a criminal past. 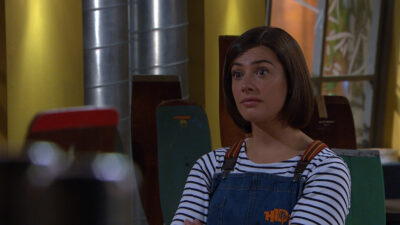 He demands she gets the inheritance back and won’t leave till she does.

Victoria is surprised but talked around. Wendy has been coerced into accepting Russ’s demands. 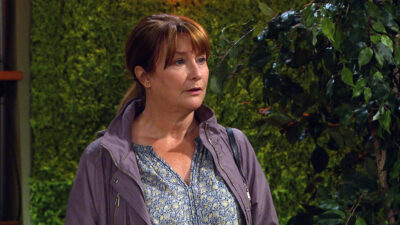 Russ claims he wants to be part of Victoria and Harry’s life and a wretched Wendy backs him up.

Wendy begs Russ to stay away from Victoria, promising she’ll get him the money if he gives her time.

He tells her he doesn’t have time and that if he doesn’t get the cash now, she and Vic will pay the consequences.

Wendy is guilty and soon Russ continues to play the doting granddad, whilst laying it on thick about his lack of money to Vic.

2. Sarah meets up with her donor’s sister 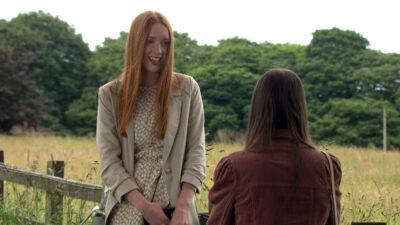 Lydia finds Sarah gloomy after her encounter the day before. She begs Lydia not to tell anyone she met her donor’s sister.

Chloe turns up and Sarah apologises.

Chloe softens and tells Sarah whenever she is ready to know more about her late sister Gemma, she can. 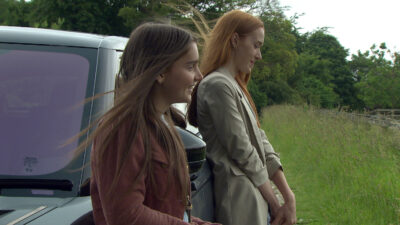 Sarah tells her she’s ready and Chloe reveals more and shows her a photo.

However Sarah texts Chloe to meet up with her the next day.

Having escaped Noah, Sarah is chuffed to see Chloe again. 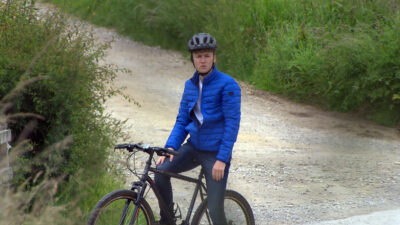 Chloe wants to give Sarah a bracelet of Gemma’s and Sarah is reluctant, until she sees it’s a diamond bracelet.

Sarah is pleased to have made the connection.

Unseen Noah watches, upset that Sarah lied to him.

Soon at home, Noah catches Sarah in a lie about what she’s been doing. 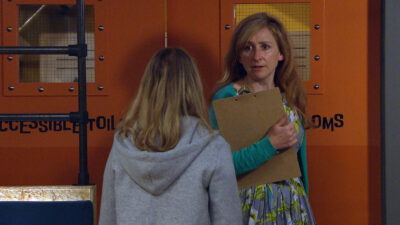 Liv remains uneasy around booze so Laurel decides to keep her away from temptation.

Soon, feeling suffocated by Aaron and Vinny’s constant references to her sobriety, Liv breaks down to Laurel.

Laurel tries her best to advise her, but it’s all too much when Liv crosses paths with Hannah and George.

Liv cracks and starts swigging a can of lager. 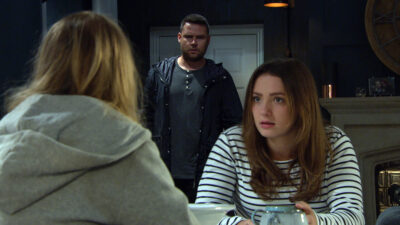 Liv wakes up with a start, full of confusion and regret with bruises on her arm and no idea what happened the night before.

When Aaron returns, explaining he found her in the doorway last night, she struggles with disorientating flashbacks.

Later Liv is shocked when she realises it was Noah she was struggling with the night before.

Gabby is reeling after Liv mentions Noah, uneasy after her own run-ins with him. 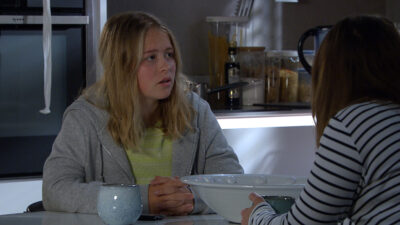 Gabby tells Liv they might be dealing with the aftermath of rape and Aaron walks in on the conversation.

Having heard everything, he confronts Noah.

Back home, Aaron urges Liv to report what happened to the police, but Liv feels burdened by the decision she faces.

The next day Charity does some digging to see if there is another side to this story.

5. Meena lines up her next victim? 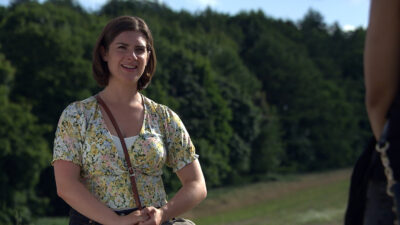 David and Vic are getting over their awkwardness when Meena appears.

She invites Victoria to hang out with her and starts to press gang her into a girls’ day out.

Meena promises David she’ll take care of Victoria on their day out. Will Victoria be able to get out of the day?