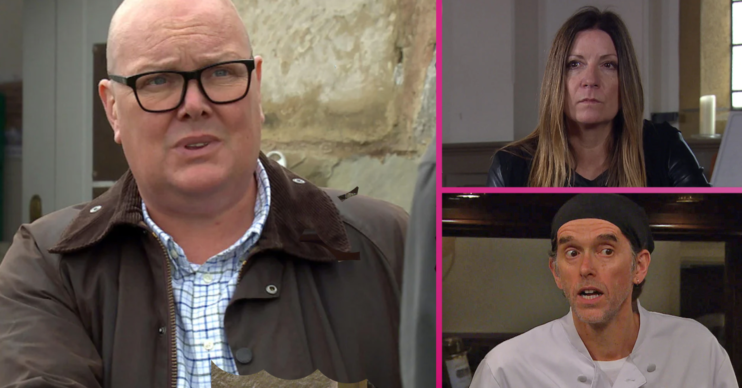 There's drama when Andrea returns to the village...

Emmerdale spoilers for next week see Belle cause more drama for the Dingle family when Marlon and Paddy get drawn into the feud.

Meanwhile, Dawn confesses her killer secret to Will, and Andrea returns to the village. 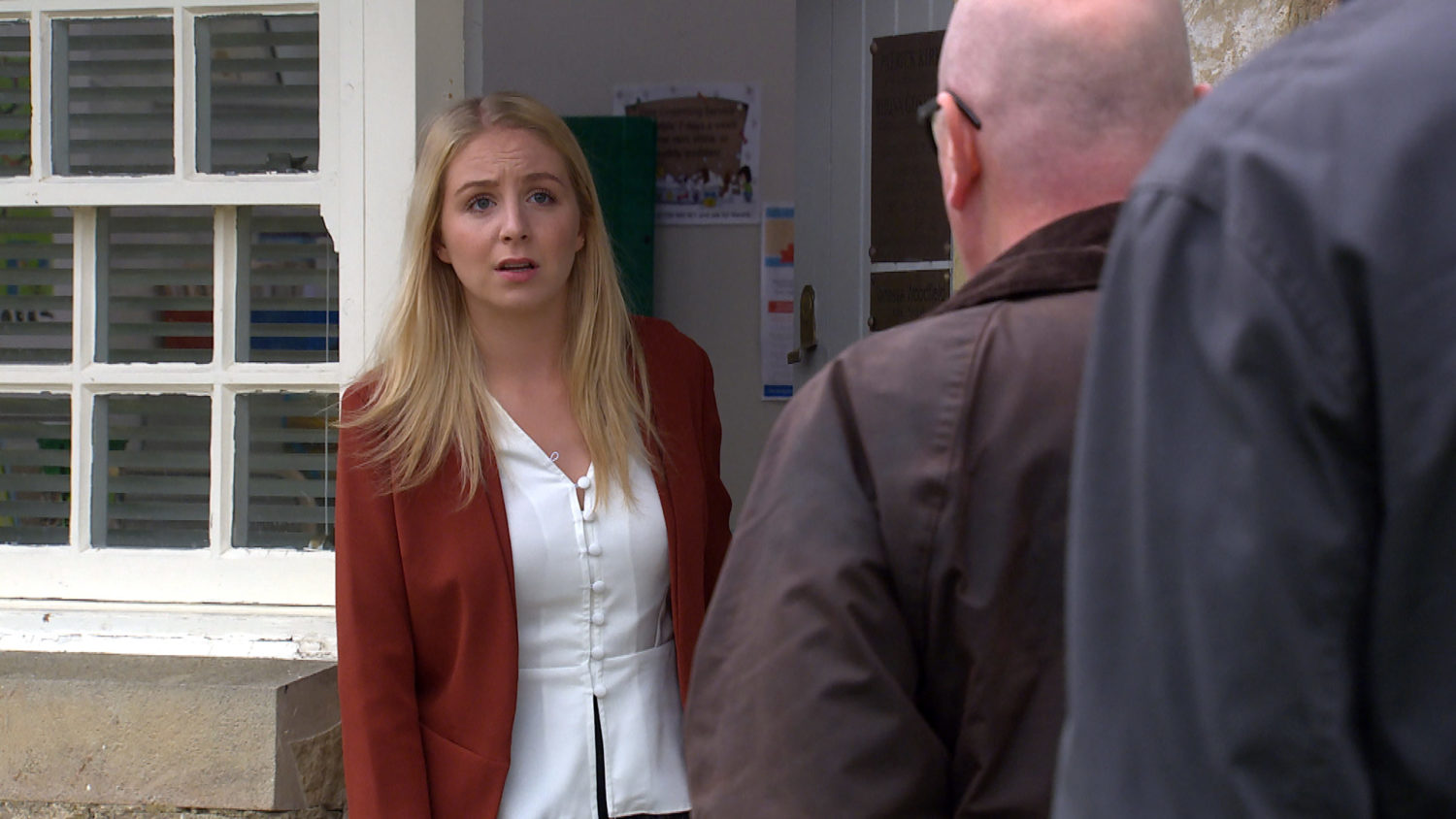 Belle’s annoyed when she catches Paddy and Marlon taking about her and Jamie behind her back.

She’s upset when they accuse her of causing a family feud, but the drama is only just beginning. 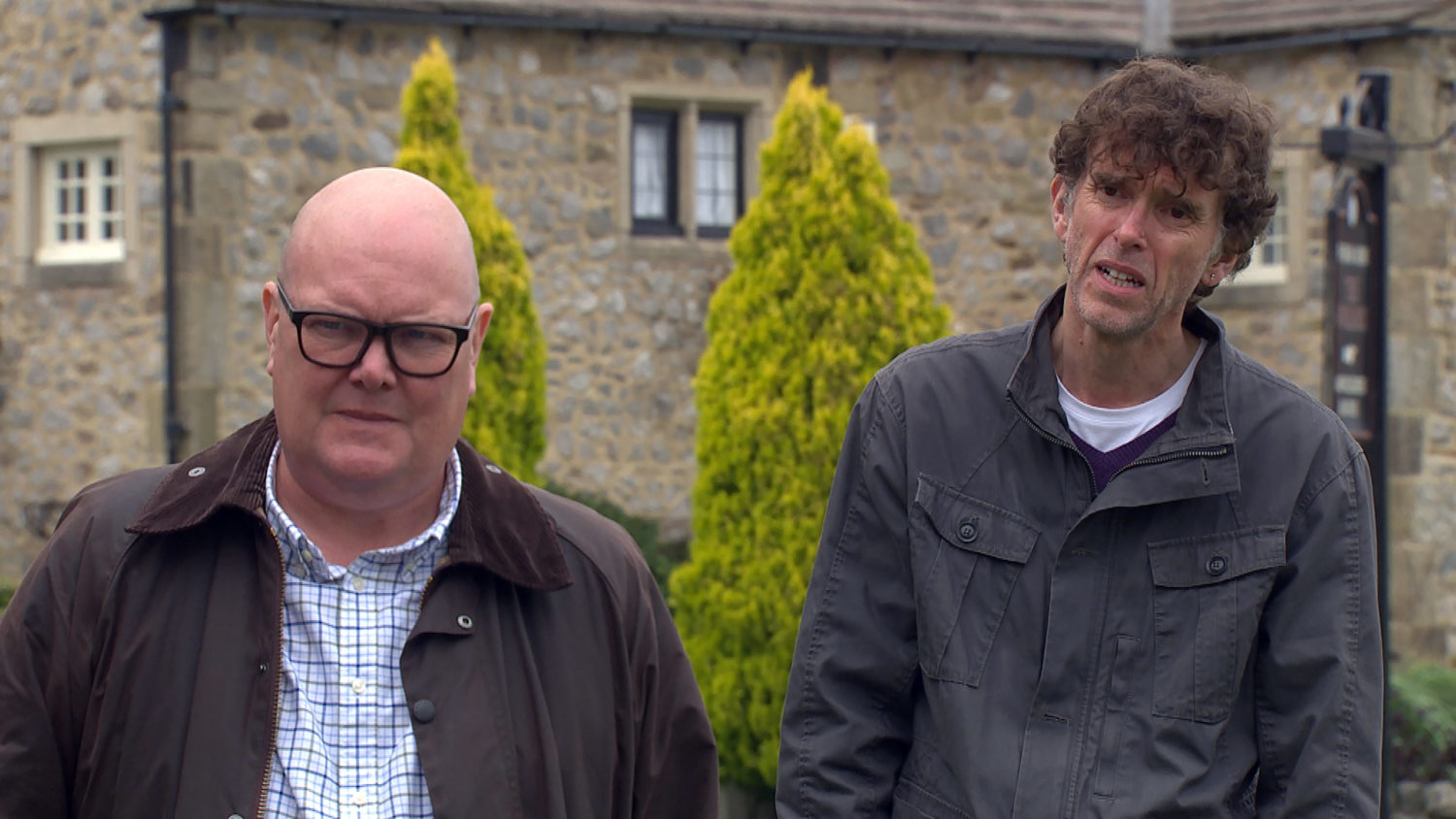 Belle is floored when Paddy and Marlon reveal that there is a new witness in Moira’s hit and run.

She struggles to contain her guilt as Paddy and Marlon talk about Moira’s accident. 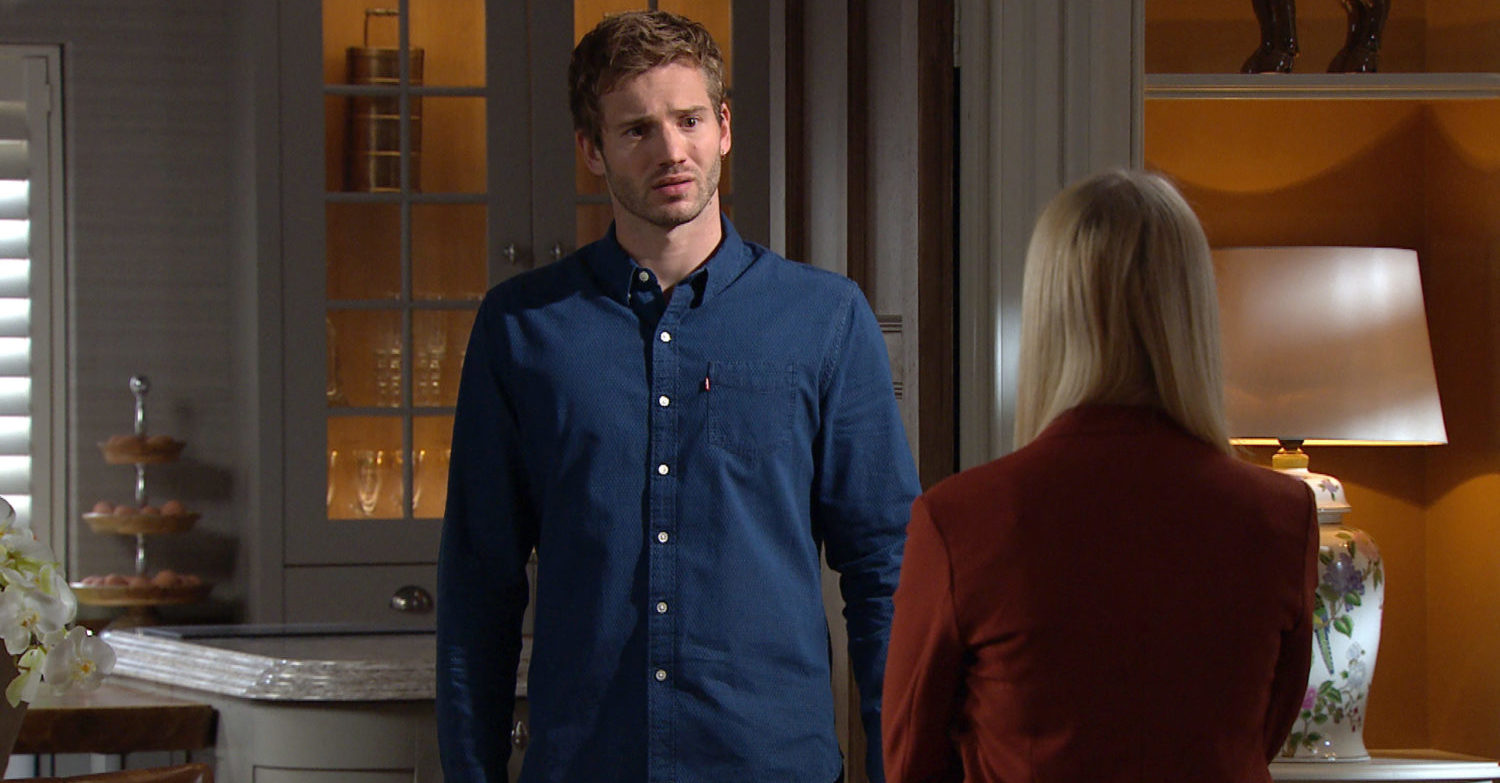 Belle tells Jamie about the new witness that has come forward and wonders how he can remain so calm.

Jamie tells her that he just wants to push ahead with divorcing Andrea. 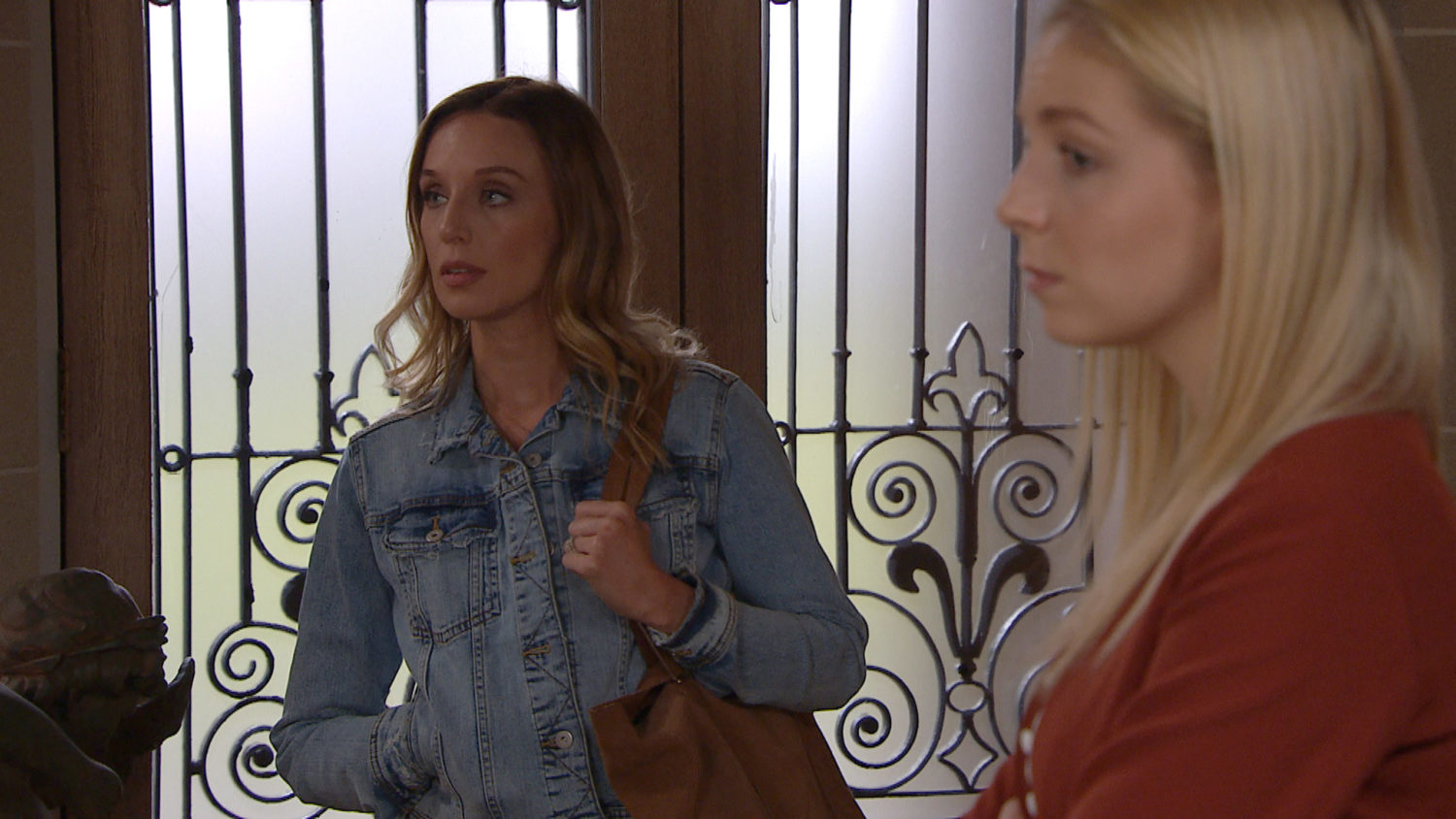 As Belle warns Jamie that Andrea might react badly to rushing the divorce, Andrea walks in.

How will she react to seeing Jamie and Belle looking loved up at Home Farm? Will worries that he has spotted Malone hanging around the village, oblivious to the fact he’s dead.

Dawn tries to calm him, but her words have little effect. 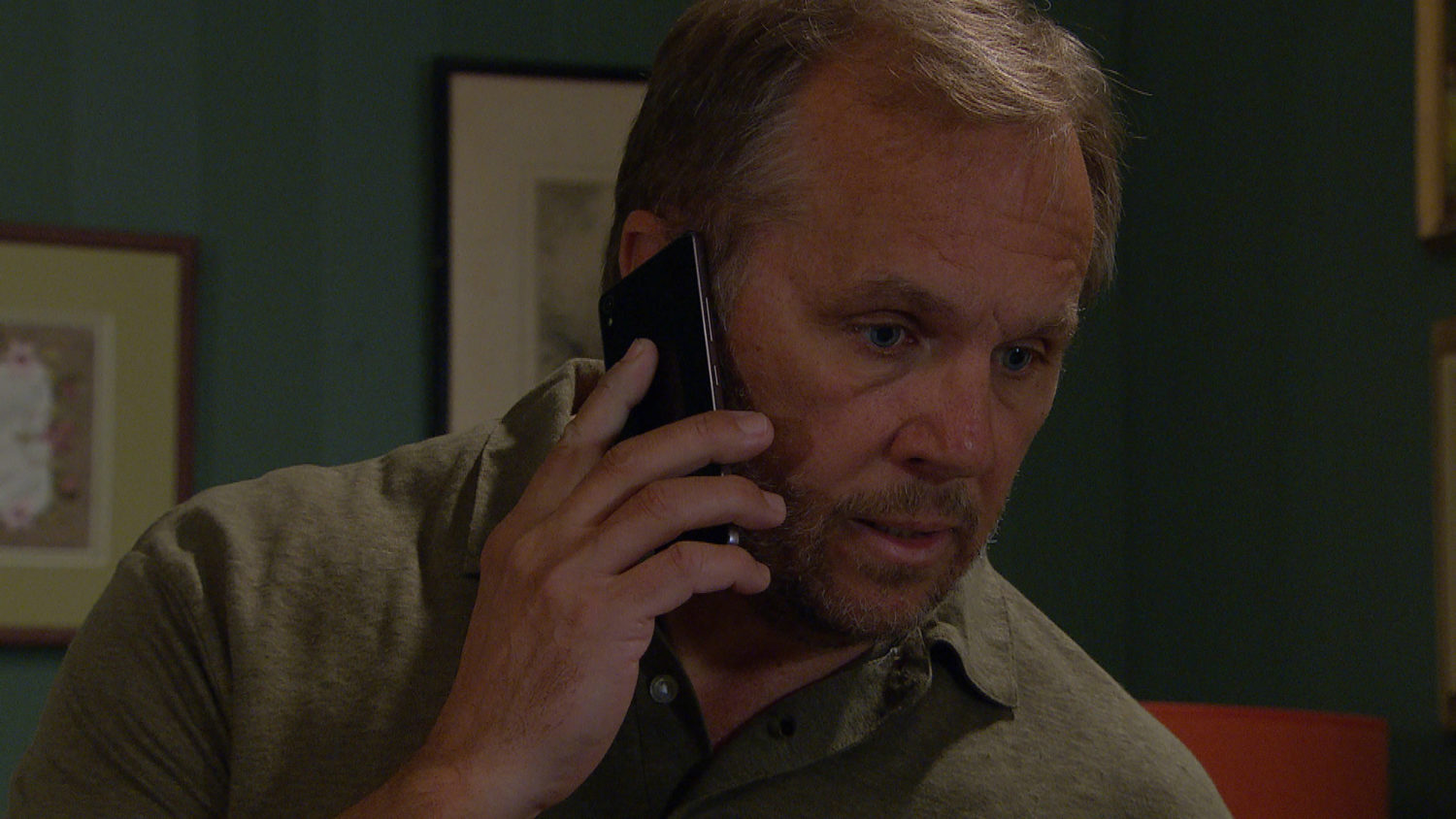 Will makes a shifty phone call to an old friend.

Dawn is shocked when she sees her dad has bought a gun and demands answers. 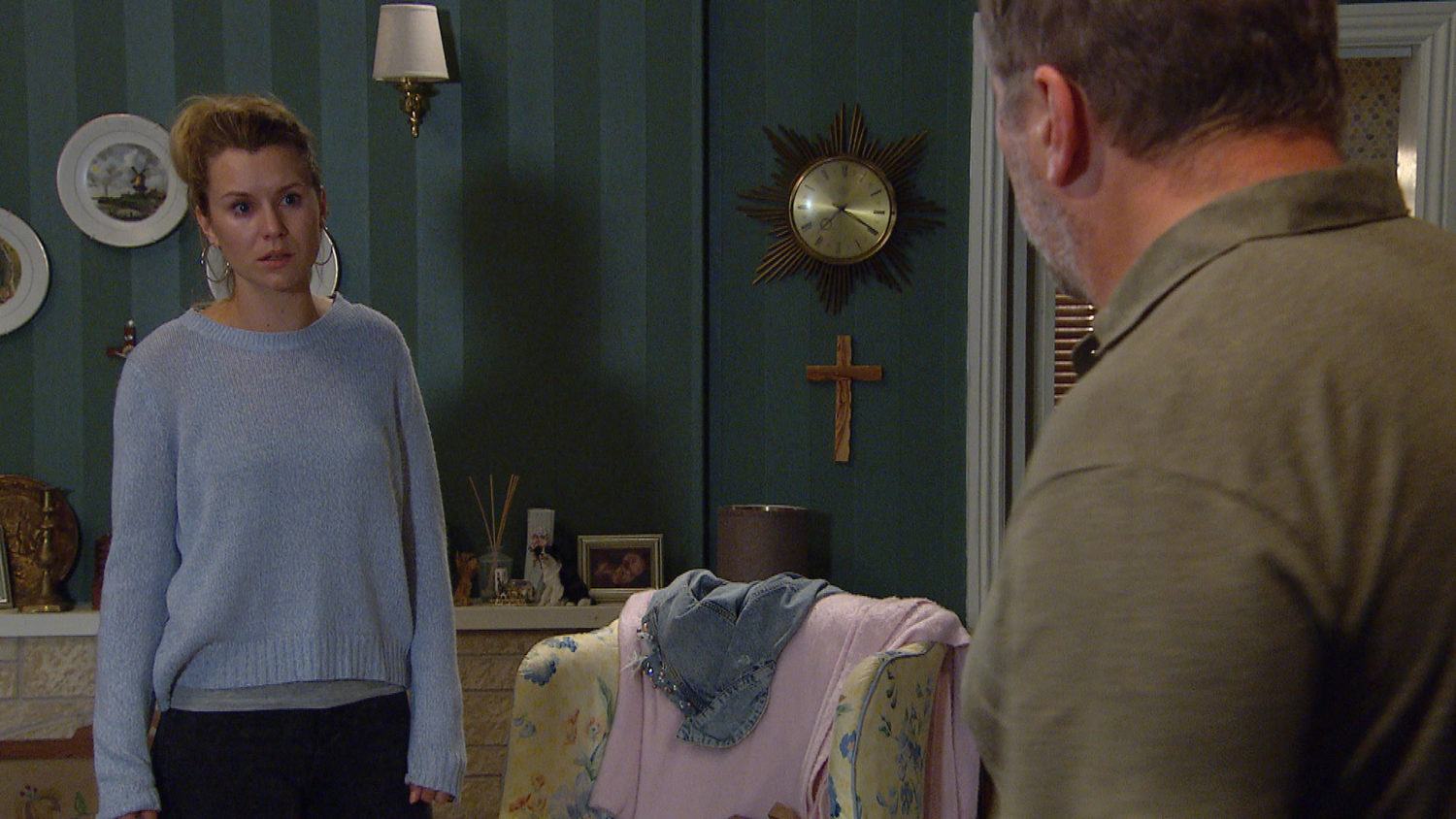 Seeing the gun tips Dawn over the edge and she finally reveals the truth to Will.

Will is speechless when Dawn admits she killed Malone in self defence. 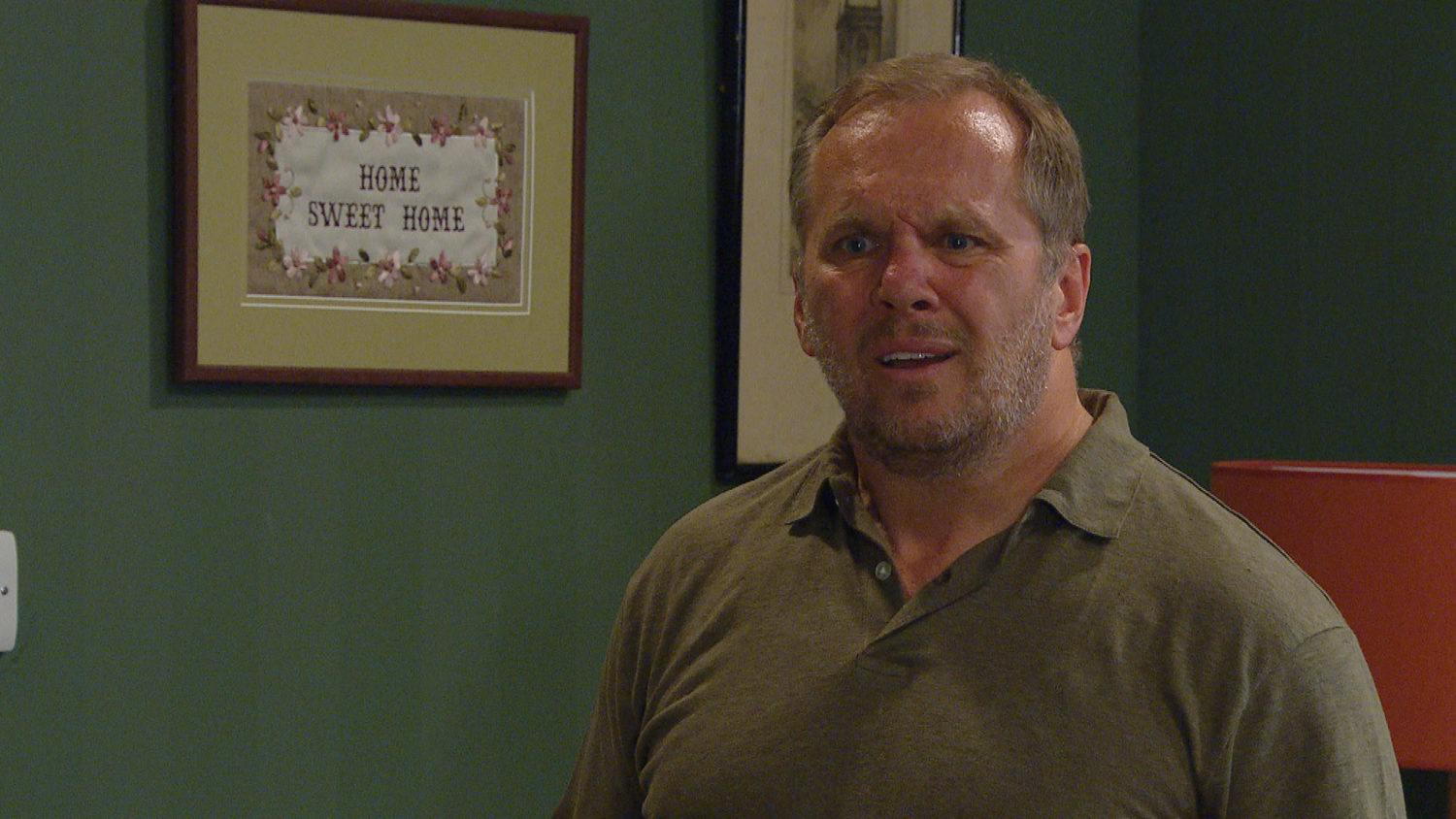 Will reels as Dawn explains exactly what happened the day Malone died, and Dawn is careful to edit Harriet out of her confession.

But when Harriet walks in, will she reveal her role in Malone’s death?

3. Harriet’s on the edge 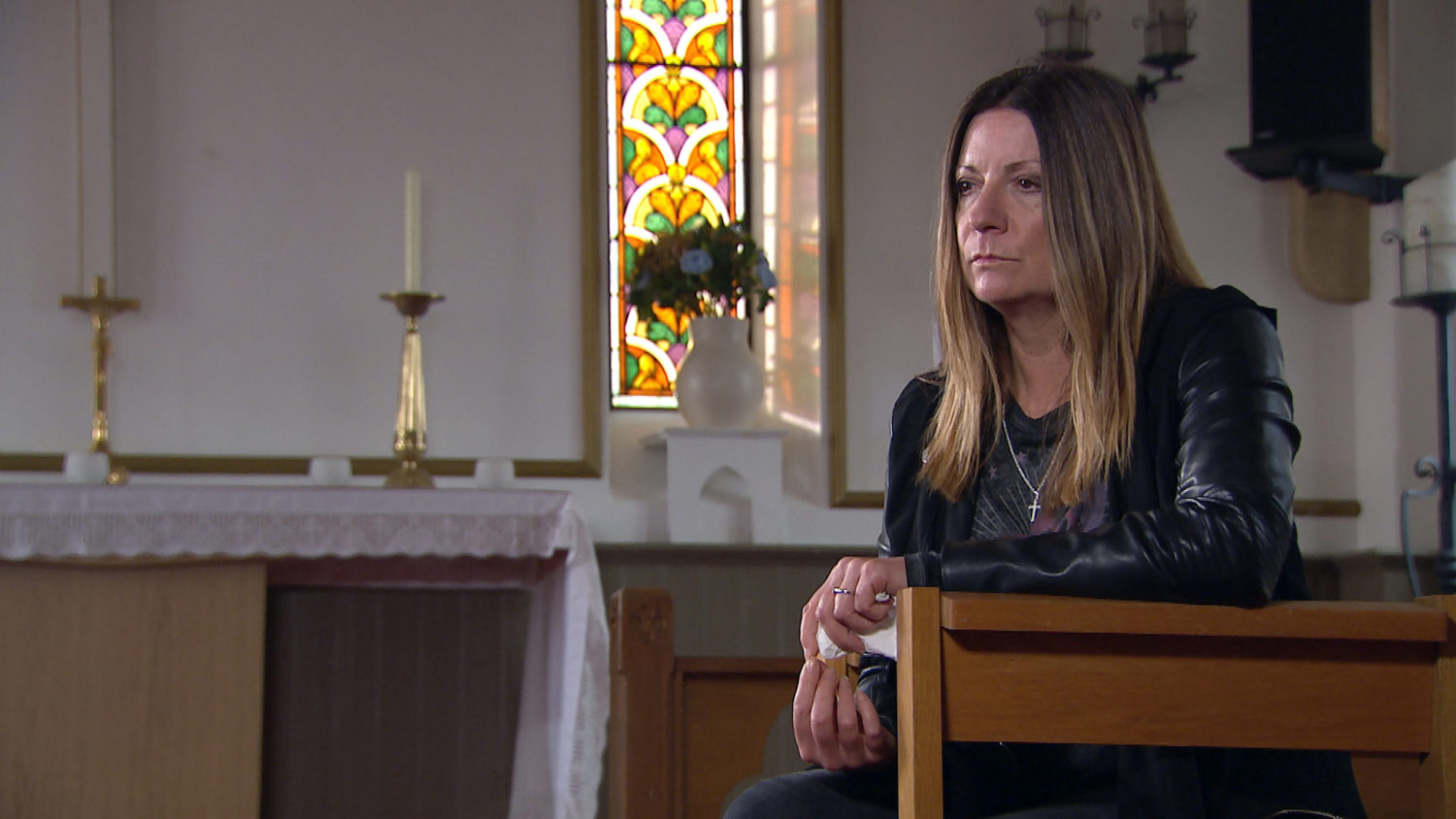 Later, Cain is surprised to see the church door open and walks in to find Harriet crying. 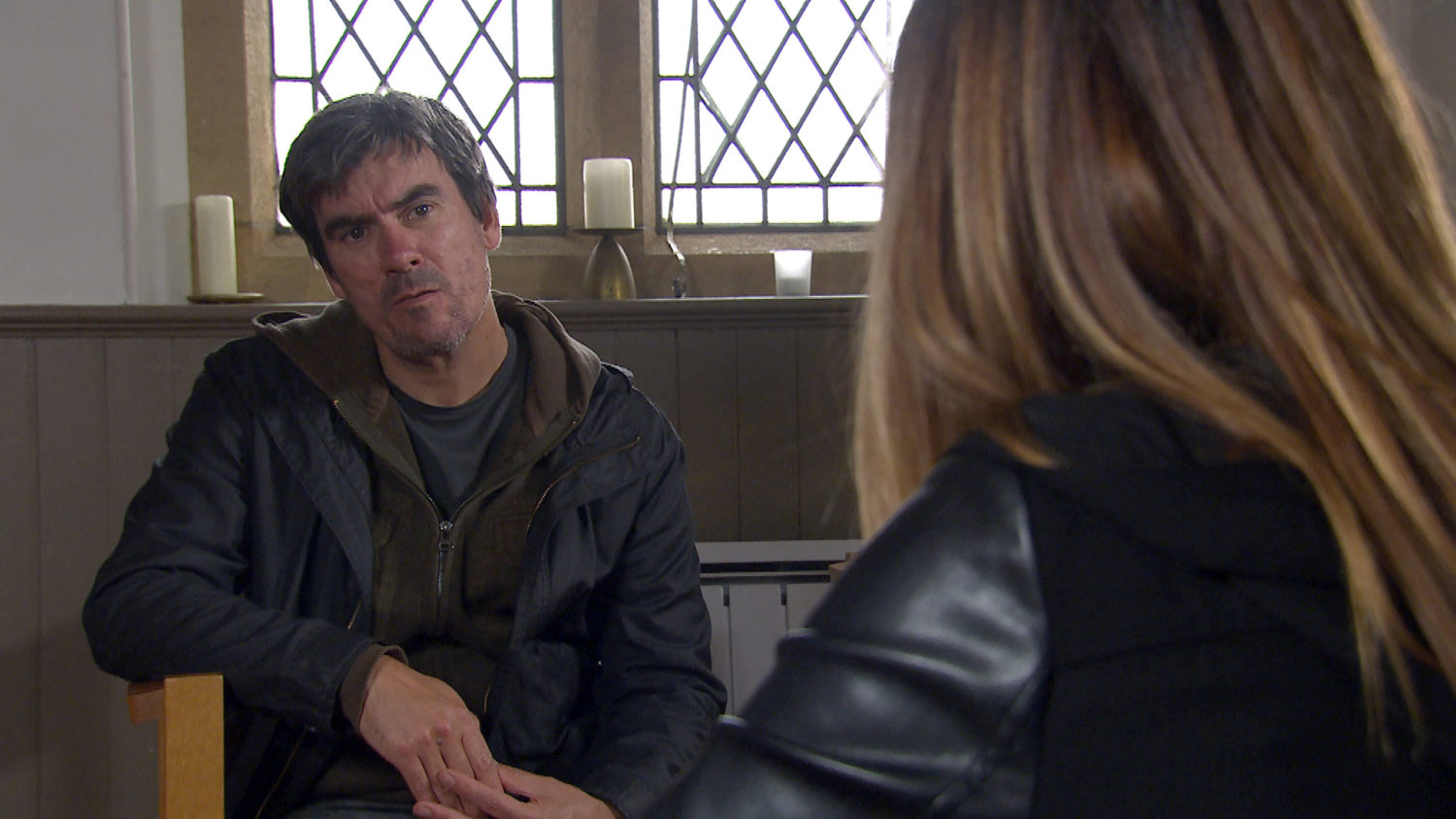 Harriet is on the verge of confessing all to her old flame.

But will she really tell Cain the truth about what happened to Malone?