Cheating Moira Dingle's life continues to spiral out of control in next week's Emmerdale as her drinking gets progressively worse, leading Cain Dingle to make a shocking decision.

Moira has been on an emotional rollercoaster since the truth about her secret affair with farmhand Nate Robinson emerged. 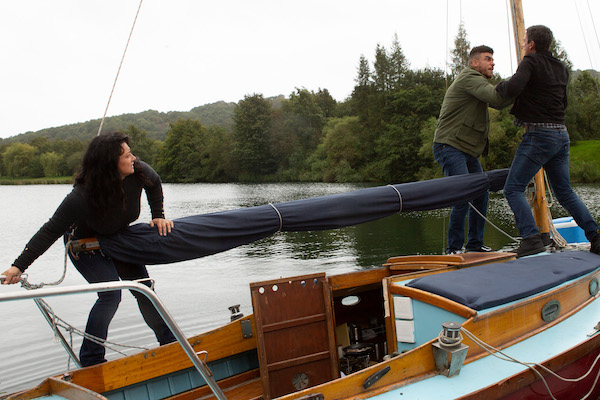 As it turns out, Nate wasn't just a farm hand, he also happened to be Cain's long-lost son who was looking for revenge on the father who didn't even know he existed.

However, with Nate and Cain now both at loggerheads and Moira's life in the gutter, things only get worse for the troubled farmer when she tries to do a business deal next week after she has been drinking.

As the business meeting gets more and more awkward thanks to Moira's inappropriate behaviour, Pete Barton tries to step in and help, but Moira shuts him down, leaving him angry. 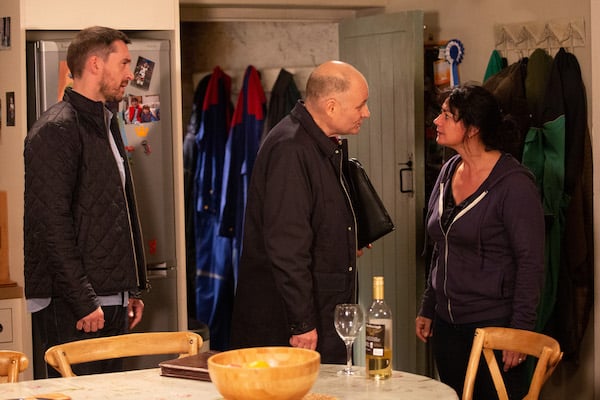 Moira messes up a business meeting when she arrives drunk (Credit: ITV)

But Cain has got wind of his estranged wife's drinking and he tells her once again that there is no way she will be seeing the kids until she sorts herself out.

But while Moira vents to Vanessa, Pete is stunned when Nate corners him in the pub and offers him a job and partnership at Wylie's Farm.

With Moira pushing everyone around her away, Pete decides to take Nate up on his offer and announces to Moira that he is quitting... 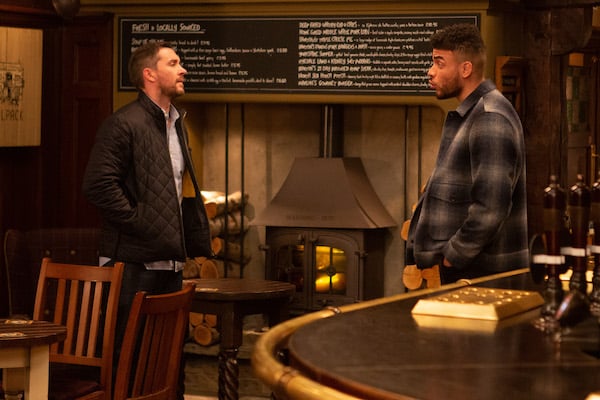 Moira is shocked by Pete's news, thinking he has betrayed her. While Cain is fuming with Nate for getting involved and stirring trouble where he isn't wanted.

But when Cain goes to confront Nate about his meddling, he is shocked to hear that Moira has fallen apart since their split, and for a moment he is conflicted over what to do.

However, his confusion doesn't last for long... Cain soon sees red and tells Moira that until she sorts her life out, he won't let the kids anywhere near her. 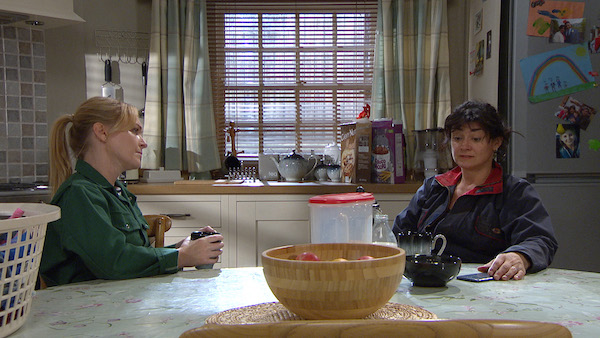 Moira vents to Vanessa, but thinks are set to get even more tricky for the farmer (Credit: ITV)

Is this going to be the push Moira needs to get herself back on the wagon? Or will Cain's threats push her to drink even more?

Do you think Moira deserves her misery? Leave us a comment on our Facebook page @EntertainmentDailyFix and let us know what you think!