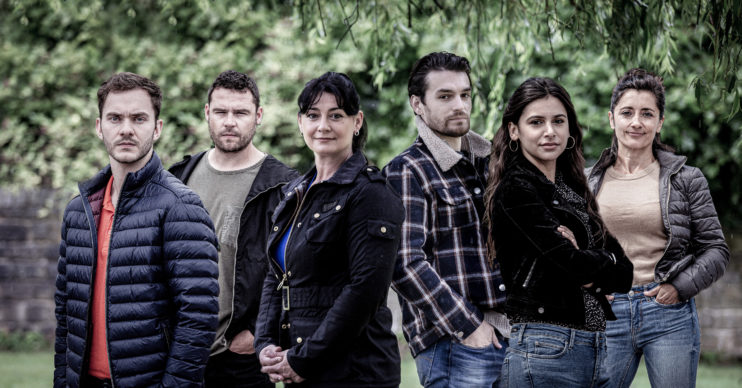 The siblings are set to cause drama in the village

Emmerdale has cast two new faces to stir things up on the ITV soap, with Moira Barton and Manpreet Sharma both in the firing line.

Moira’s hunky brother Mackenzie is set to arrive in the village in the coming weeks and will unveil a dark secret from their past.

Meanwhile, Manpreet’s youngster sister Meena will also show up out of the blue to cause trouble.

Scottish actor Lawrence Robb is set to take on the role of Mackenzie.

Lawrence said: “I am absolutely thrilled to be moving into Emmerdale village as Mackenzie.

“I’ve had so much fun playing around with the character already, and to do it in Britain’s most famous village is just the cherry on top.

“I couldn’t be further from ‘Mac’ in real life, so playing him will no doubt have its challenges, but I’m more than up for the ride!

“I can’t wait to don my wellies and wreak some havoc.”

Paige Sandhu will play Meena, who causes a stir with sister Manpeet upon her arrival.

Manpreet (Rebecca Sarker) is weary of her sibling’s intentions after they previously suffered a falling out.

Paige said: “Meena is such a fun and complex character to play and I’m really looking forward to seeing how people react to her.”

Read more: Emmerdale: Belle Dingle to be victim of abuse by Jamie Tate after he turns her against her family?

When is Emmerdale on?

Emmerdale will be returning to six episodes a week as of Monday September 14.

It comes after ITV made the decision to reduce the soap episodes to three a week.

However, with production back on track, the soap can now return to its usual run.

Emmerdale will return to ITV with six episodes from September 14