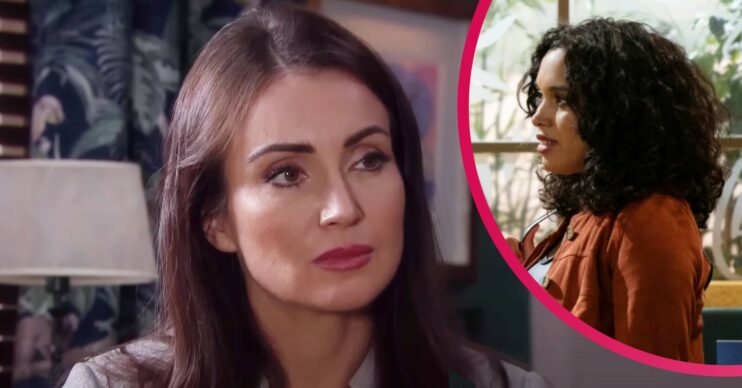 How low will Leyla go to get her fix?

Emmerdale spoilers reveal Leyla ponders exposing Suzy as her dependence on cocaine threatens to spiral out of control.

Next week’s instalment of the ITV soap sees Leyla bump into an old acquaintance.

It is Jai‘s old drug dealer – and his offer of drugs leaves her excited but also guilty. However, Leyla doesn’t feel guilty enough that she doesn’t purchase some of what the dealer is selling…

Having made her illicit purchase, Leyla stashes two bags of coke – hidden from an oblivious Suzy.

But one an intoxicated Leyla offers to pay for everyone’s food at the Hide Bistro, Suzy becomes suspicious.

She eventually twigs about Leyla’s state of mind and gives her a ticking off for using drugs.

Despite feeling judged, Leyla remains deeply impressed with herself that she’s getting away with her behaviour.

As the week continues, Leyla plunges further into drug-related trouble.

She loses her credit card – but it is returned by a concerned Jai.

The dealer identifies an opportunity to get Jai buying from him again, and so coerces Leyla into helping out.

She is given an ultimatum to either help get Jai onside otherwise she’ll be looking elsewhere for her fix. But before she can make a decision, Dr Liam interrupts.

Meanwhile Suzy has clocked the dealer and boots him out of Take A Vow. However, this does not solve Leyla’s pressing issue of how to locate more cocaine.

And so she takes it out on Suzy. Leyla even brings up the death of Holly Barton in order to induce her to pass on her own dealer’s contact details.

Eventually Leyla gets her own away.

Suzy hands over her dealer’s number –  but it comes with a further price. She vows the two of them are done.

Following a brief moment of regret, Leyla ploughs on and calls the number.

But later, Liam makes assumptions of his own as he considers the recent changes in Leyla’s moods… But will he be on the right track?