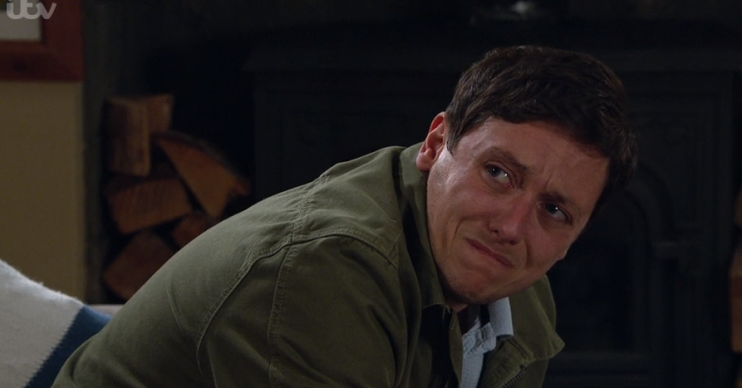 Matty has become fed up of Moira

Matty Barton makes the decision to leave home in next week’s Emmerdale.

Matty struggles to get through to his mum Moira and tells her he’s moving out.

The next day Moira is hopeful when he tells her he wants to forgive her but needs time.

Later Matty starts to sense Moira is hiding something from him and when he leaves, Moira has a large container of herbicides.

At the Woolpack, Nate and Pete tell Matty that someone has dumped herbicides on Wylie’s land, grazing it and he starts to worry Moira’s behind it.

The next day Pete finds Moira passed out on the sofa with a huge hangover.

He tells her she needs to sort herself out but she reaches for a bottle of brandy and puts some in her coffee.

Moira has become her own worst enemy and it’s not long before she’s lying in a ditch.

Over the last few months, viewers have seen Moira slowly lose the people closest to her.

Over the summer, Moira had an affair with farmhand Nate until her husband Cain found out about her infidelity.

He was even more shocked to learn Nate was his long-lost son.

Moira has been turning to alcohol, but will she be able to earn her son Matty’s forgiveness?