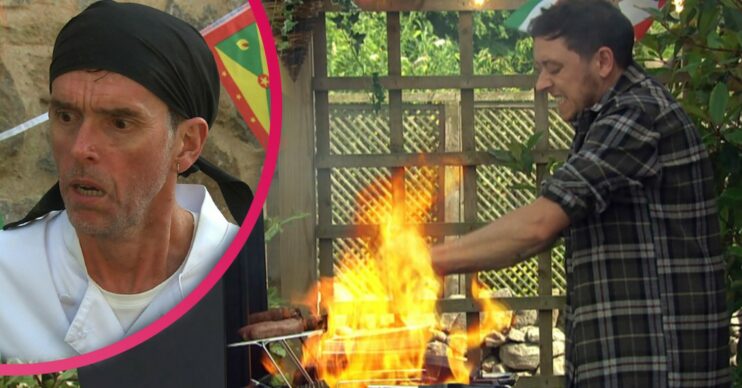 The scary incident could finish The Woolpack

Next week’s Emmerdale spoilers reveal Matty in peril when he’s caught in a fireball accident while working at the Woolie.

The horrifying moment comes after Matty accepts a cash-in-hand job from Marlon, who is desperate to drum up business for the pub.

The Woolpack throw a BBQ event in the hope of putting takings in their empty till.

But when Matty is charged with cooking on the open stove, disaster strikes…

It’s not the first time that Matty has been put in charge at the pub.

He was a valued employee until the pandemic crunch meant Chas and Marlon had to start laying off staff.

So, he’s delighted to get the chance to work for the Woolie again, especially handling the food.

Unfortunately, Matty decides to ramp up the temperature by putting lighter fluid on the barbie and ends up engulfed in a fireball!

It’s a nightmare moment as the damage to Matty’s hands is revealed, and he’s rushed to the hospital.

For Chas and Marlon, it’s a disaster as they know he could be due to serious compensation from them.

The next day, the worried Woolpack owners are left in no doubt where they stand by furious Moira.

She demands compensation for her injured son, as he can no longer work due to his injuries.

Read more: Who is Matty Barton in Emmerdale and will his romance with Amy be good for him?

Chas and Marlon are in bits as they contemplate where to get the money from when the pub is already in financial ruin.

Confiding in Paddy, Chas wonders if this could finish them off for good.

But just as she and Marlon are facing losing everything, they receive an unexpected and unwelcome offer.

Who wants to save the Woolpack, and will the cash-strapped Dingles be forced to accept?