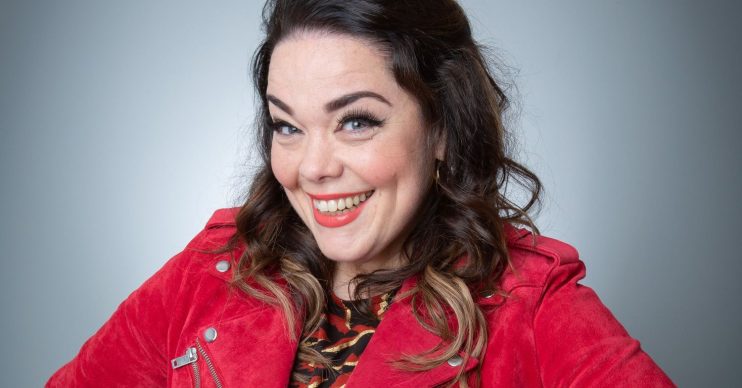 9 Emmerdale spoilers for next week including Mandy’s huge lie, a love declaration, and a painful accident

Plus, Lydia and Sam get hitched, and Jamie declares his love

Emmerdale next week sees a happy occasion as Lydia and Sam tie the knot.

But the day is marred with trouble for Mandy, who is stunned when a blast from the past shows up in Emmerdale.

Also, Jamie declares his love for Belle, and Dan has a painful accident.

Mandy manages to make a hash of organising Lydia’s hen do when the civilised bash Lydia wanted goes wrong.

Whisking Lydia off for a night out, Mandy soon falls out with their taxi driver.

The pair are left stranded on a country road and in the confusion and argument with the driver, Lydia disappears.

On the morning of the wedding Leyla and Kerry panic when no one has seen Lydia.

Where is she? And will she turn up in time?

While Lydia is not having the best time on her hen, Sam’s stag is also a bit of a disaster.

Mandy organised the stag as well and it turns out she mucked up when the hunky masseur for Lydia arrives at Sam’s bash!

3. Mandy’s blast from the past

As Mandy looks for Lydia she loses her footing and falls into the undergrowth.

She emerges some time later and flags down a passing car. But when she sees her ex, and Vinny’s father Paul, behind the wheel, she panics.

He tells her he’s back for his son, but Mandy lies and says Vinny is no longer in the village.

Paul drives away, but will he leave it there?

4. Sam and Lydia get married

Fortunately, Lydia is found safe and well and gets ready for her big day.

As Sam and Samson share a touching moment, the wedding is on.

Lydia arrives at the church and in a love-filled ceremony the pair say ‘I do’.

You can marry into the Dingle family, but before you’re officially one of them, you have to undergo the ritual: drinking from the welly.

At Lydia and Sam’s wedding reception, the tradition is continued as both Lydia and Vinny drink from the boot the family roars with approval.

Paul does not believe Mandy’s lies and is soon spotted in the village.

While Mandy panics, Vinny is non-the-wiser.

As Vinny takes his place in the Dingle family picture, Paul watches from across the road knowing his son is still in Emmerdale after all.

Jamie slept with Belle behind his wife’s back, then got her fired from the vets, so it’s a surprise she’ll even give him the time of day.

But Belle is besotted and totally taken aback when Jamie declares his love for her.

He tells her he is going to leave Andrea, but will Belle say it back? And will Jamie ever go through with it?

Vanessa and Charity head to the hospital for Vanessa’s first chemo session.

They are both left feeling sacred and vulnerable.

9. Dan has an accident

Dan insists he can look after himself when he comes home from hospital.

But when he’s left alone, the kitchen starts to look daunting.

He struggles to make a basic meal for himself and has an accident that leaves him crying out in pain.

Will he admit he needs help?