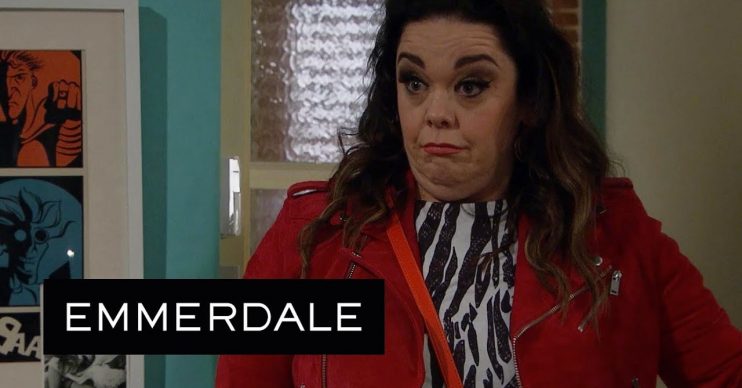 Mandy Dingle is about to risk the wrath of her family, with a dodgy new scam in Emmerdale.

Ever since her return to the Dales earlier this year, Mandy has been involved in one money-making scheme after another – but her next plan looks set to go too far.

Although Mandy has allegedly returned to the village to be closer to her family after Lisa’s death, she is about to do the unthinkable and try to steal from them!

When a stranger arrived in the village looking for Lydia, Mandy manages to intercept and allows the mystery man to believe she is Sam’s partner.

On Thursday (October 10), Mandy invites the solicitor into Wishing Well where he informs her that Lydia has been gifted a large sum of money by a mysterious benefactor.

Thinking on her feet, Mandy realises this is an opportunity to get her hands on some cash and take the inheritance for her own, quickly posing as her cousin’s fiancée Lydia in a bid to get the money.

However, just as Mandy looks like she’s about to flirt her way to the cash, Lydia and Sam return home…

Does Mandy go through with the unforgivable betrayal of stealing from her own family? Or is she caught out?

Since Mandy’s return, she has already been at the centre of some explosive storylines, including walking in on Jessie cheating on Marlon.

But what is it? Some fans believe Mandy’s son Vinny is, in fact, Paddy or Sam’s. While others predict she’ll split up Chas and Paddy.