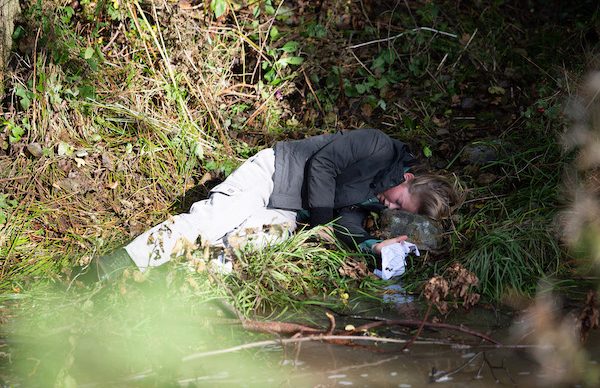 Emmerdale SPOILERS: Liv’s life in danger when she collapses alone and vulnerable in the woods

Liv Flaherty finds herself in a very scary situation in future Emmerdale episodes, when she collapses unconscious alone and vulnerable in the woods.

The teenager suffers another seizure when she is out looking for her brother Aaron – who has gone missing.

On Thursday (19 December), Aaron reaches breaking point when he discovers that his estranged husband Robert Sugden has sent his sister Victoria a letter – but not one for Aaron.

Viewers know that when Robert started his prison sentence for murdering Vic’s rapist Lee Posner, he told Aaron he was severing all contact from his husband.

In a desperately low frame of mind, Aaron breaks down in tears as he pulls up in the woods, unable to face anyone or anything.

Fearing that Aaron isn’t in a good place, and could even be suicidal, Vic, Chas and Liv decide to split up to find him.

Meanwhile, Cain and Sam find Robert’s Porsche abandoned in the woods and they start to search for him.

As Liv tries to retrace her brother’s steps, something catches her eye as she crosses the footbridge…

Moving to the edge of the water to inspect, she begins to have a seizure and collapses.

Alone and vulnerable, she falls to the ground, hitting her head on impact.

Will someone find her in time?

Liv has already suffered a terrifying health scare when she had a seizure back in August.

She collapsed in the cafe, but was rushed to hospital in time to get prompt treatment.

After coming round, Liv was told she might well be suffering from epilepsy.