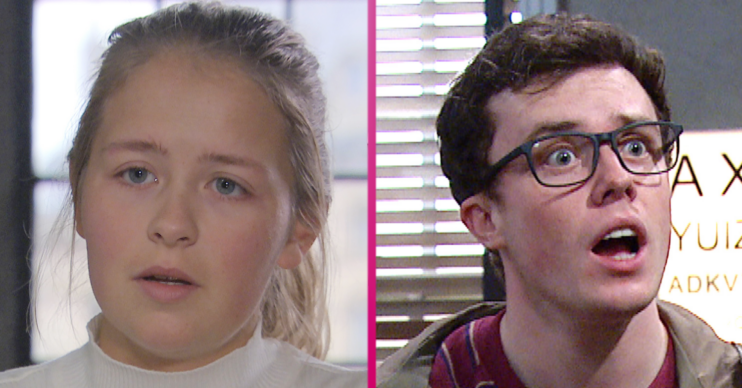 Emmerdale spoilers for next week reveal Vinny tries to get Liv released from prison now Manpreet is awake, but will it work?

Without an update from Manpreet, Liv’s time is running out.

In the hospital room, DS Rogers asks Manpreet to recount specific details Meena may have shared about Ben’s death.

Vinny is distraught when DS Rogers informs him due to a lack of concrete evidence Liv isn’t going to be released.

Manpreet is shocked when Vinny comes to visit and asks her to lie to the police.

The next day, Liv informs Vinny a court hearing has been requested due to new evidence.

She asks him to tell Aaron and Vinny does what she asks.

At Wishing Well, Mandy and Lydia are thrilled at the news Liv may be released.

However the mood is brought down when Chas reveals to them that Aaron isn’t coming and Vinny panics that his absence will set off Liv’s drinking.

Read more: Kelvin’s Big Farming Adventure: Who is his wife Liz Marsland and when are their twins due?

On the day of the hearing Vinny is excited.

Unable to burst her bubble, Vinny tells her Aaron is on his way and he feels awful about his lie.

Jacob lashes out at Vinny

Meanwhile Jacob and Leyla discuss Liv’s hearing. Liam tells them the police are packing up the investigation van.

Outside the village hall, Liam and Jacob are horrified when DS Rogers informs them they’ve received information that Meena might have left the country.

Jacob has a go at Vinny and storms off.

Leyla finds Jacob sitting by Leanna’s grave. Thinking of what David would do, Leyla takes inspiration and comes up with an idea to help Jacob through his pain.

Will you be watching next week’s Emmerdale? Leave us a comment on our Facebook page @EntertainmentDailyFix and let us know what you think