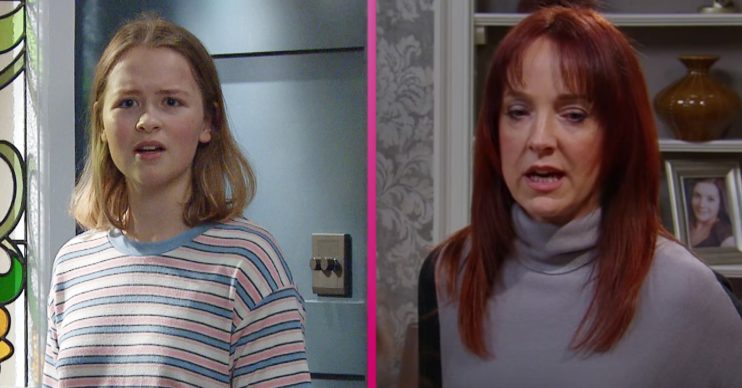 Emmerdale SPOILERS: Liv’s drinking gets worse as she reunites with her mum Sandra

Emmerdale spoilers reveal Liv continues drinking as she reunites with her mum Sandra.

Recently Liv turned to drinking after struggling to deal with Paul’s death.

In next week’s scenes Liv finally finds her mum at the caravan park and she’s appalled to discover Sandra’s been back in the UK for a few months without bothering to make contact with her.

Liv struggles to get her mum to pay any attention to her troubles. But when Sandra produces some booze, Liv is tempted to drown her sorrows.

Sandra manages to get a smile from Liv as they remember old times. But soon Liv gives in and downs the vodka her mum has poured for her.

Soon Sandra and Liv are worse for wear. But the party hasn’t stopped as they continue to drunkenly dance before Liv stumbles and falls to the ground.

The next day, Liv is watching a heartfelt video message from Aaron urging her to return to the village. he is worried over Sandra’s negative influence.

Meanwhile Sandra returns to the caravan with more booze. Will Liv continue to be under her mum’s bad influence or will she be moved enough to return home?

Following the conviction of Gordon Livesy, Aaron and Liv’s dad, in 2016, Sandra decided to move to Dublin.

Read more: Emmerdale: Aaron should be with Mackenzie, not Ben, fans say

Liv didn’t want to go and decided to stay in the village with Aaron. Sandra was last seen in April 2016.