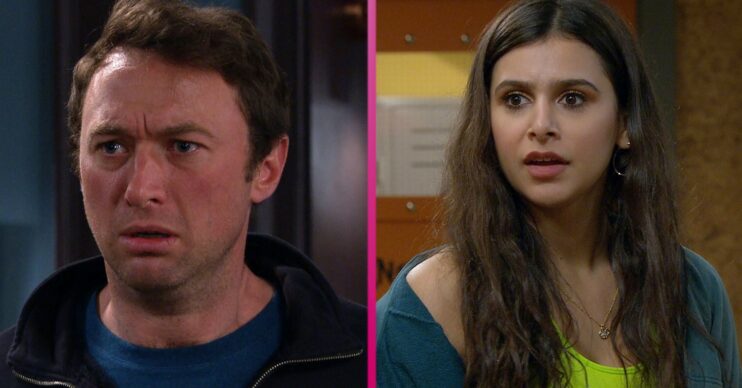 Liam will want the ultimate revenge

But Liam has no idea and thinks it was a cruel accident and, as a result, has been lashing out at those closest to him.

However, should Liam discover the truth – and let’s face it, this is soapland so it will happen – Meena should run.

What did Emmerdale star Jonny say about the Meena storyline?

“It wouldn’t be a very pretty end for Meena, that’s for sure!” actor Jonny told Inside Soap.

“He’d have no qualms about taking an eye for an eye. I’d imagine any parent would be sufficiently furious to want to kill that person.

“As much as you rationally want to see them banged up for life, I think his initial reaction would be that he just wants to kill Meena…”

The actor recently confirmed that Meena will kill again.

Speaking to Metro.co.uk, Jonny revealed that Liam has no reason to suspect his work colleague, Meena, would kill Leanna.

He added: “But Leanna will not be the last victim, that’s for sure.”

So what happens next week?

Next week Liam’s wife Leyla is frantic with worry after his disappearing act.

Read more: Emmerdale: Has Liam left the village for good as he grieves for Leanna?

Viewers saw on Friday as Meena discovered where Liam had gone but kept it to herself as part of a sick power game.

Will Leyla be able to find her husband before it’s too late?