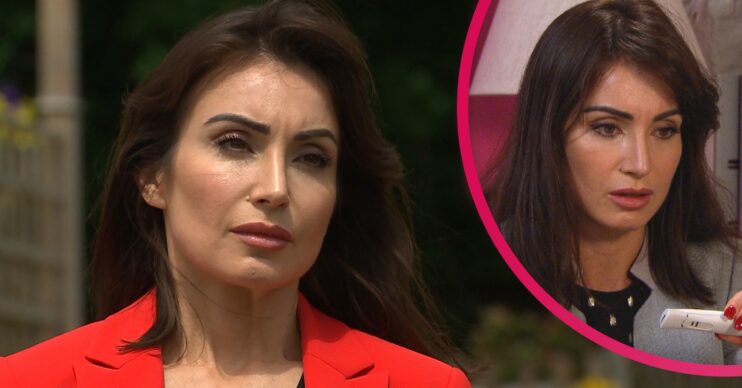 Emmerdale SPOILERS: Leyla to get rid of Liam’s baby?

In the episode, Leyla decided to take a pregnancy test and was shocked to discover that she is pregnant.

However, her husband Liam is still grieving for his daughter Leanna, who died last month.

How will Liam react to the news and what will Leyla do next?

Emmerdale spoilers: What will Leyla do next?

Later this week, Leyla is lost in thought. As Liam arrives she tries to cover hoping that when she tells him he’ll see it as good news.

Soon Jacob and Leyla heal their differences and Jacob is grateful for her support.

Later Liam meets with Leyla and she seems ready to tell him the news. However when he says he can’t cope with any surprises at the moment, Leyla decides it’s not the right time.

Meanwhile Jacob tells Priya that he’s worried about Leyla. When Priya sees Leyla, she’s shocked when Leyla tells her she’s pregnant and begs her not to tell Liam – explaining she can’t tell him right now.

Soon Leyla is genuinely worried the baby news could end her and Liam’s marriage.

How did Leanna die?

Leanna found out Meena had killed before and Meena decided to kill the teenager to keep her quiet.

However her death was ruled an accident.

Ever since finding out about her death, Liam has been struggling with his grief. How will he take the baby news?