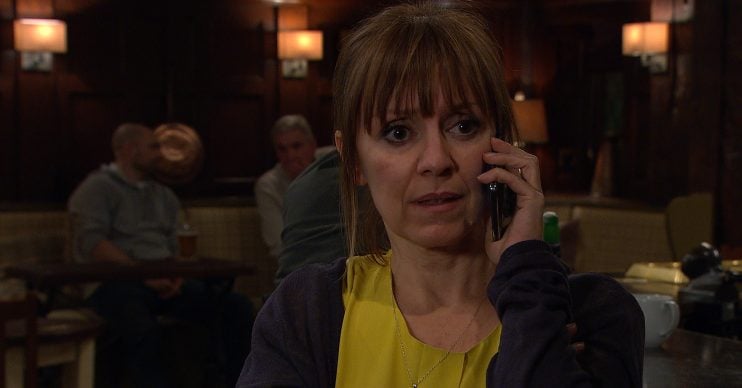 In this week’s Emmerdale, Kim Tate gets a massive shock when she learns husband Graham Foster made a new will, leaving his money to girlfriend Rhona Goskirk.

We all know Kim doesn’t like surprises like this – could we see the return of Killer Kim in an act of revenge?

In a preview on the ITV website, for Wednesday’s episode (April 1) Kim learns that one week before Graham died, he made a new will.

In the next scene, Rhona tells Marlon, Paddy and Chas she needs to go to the solicitors as Graham has left her a large amount of money.

Kim has also proved she isn’t afraid to kill anyone who gets in her way, as she put out a hit on Graham. Will she do the same to Rhona?

After Rhona learns about her new fortune, she offers to go into business with Moira, thinking she has found the perfect way to honour Graham.

But could her new business venture anger Kim even further?

What happened to Graham?

However, Pierce wasn’t the only one who wanted Graham dead.

Kim hired employee, Al Chapman, to kill Graham. But before he had the chance, he found Graham dead in the woods.

Al claimed he had killed Graham to Kim so he would get paid. But she soon found out he wasn’t the one who killed her husband.

Later Kim held a funeral service for Graham but she didn’t tell anyone when it was, making her the only person in attendance.

It was recently revealed Pierce got life in prison for Graham’s murder and holding Vanessa, her son, Johnny, and Kim hostage.

Although Rhona is now safe from Pierce, is she safe from Kim?

Do you think Kim would have Rhona killed? Leave us a comment on our Facebook page @EntertainmentDailyFix and let us know what you think!