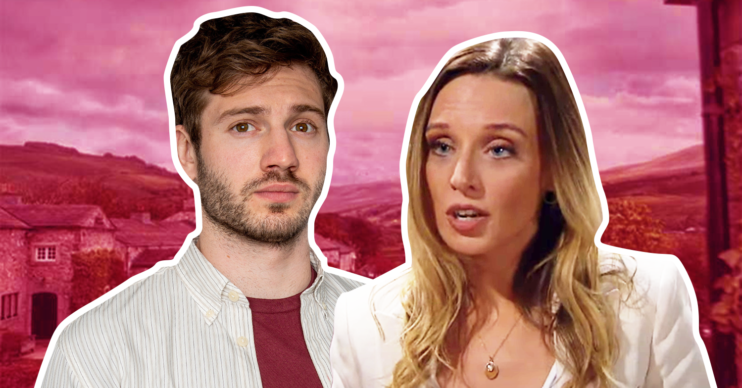 Emmerdale’s Jamie will try to to con Andrea – but will his plan work?

With Andrea upping her blackmail to get Jamie to stay with her, next week’s episodes see her and Jamie are in the Woolpack when she forces him to book a romantic meal.

But for a watching Belle it’s the final straw for and she hurries out of the pub, clearly upset.

Meanwhile, at the HOP Office, Jamie finds himself intrigued by Jai as they gear up to interview candidates for the management job at The Hide.

As the interviews get underway both Amy and Matty go head to head as they try to get the Assistant Restaurant Managers job. But Matty finds himself undermining his pal Amy to sound better for the role.

Laurel interviews for the Restaurant Manager position. Jamie watches Jai be extremely professional as he interviews his girlfriend and afterwards, Jamie asks Jai for some advice.

Read More: Coronation Street, Emmerdale and EastEnders characters that need to be brought back from the dead

Soon Jamie arrives home emboldened by Jai’s advice and convinces Andrea he does want to be with her, hiding this true hateful feelings towards her.

The next morning, Andrea is in a state of bliss with Jamie. But she fails to see his mask slip as he heads out.

What is his plan?

What is happening with Jamie and Andrea in this week’s Emmerdale?

Currently Andrea is blackmailing Jamie by threatening to tell the police he ran over Moira if he tries to leave her.

As Jamie is in love with his colleague Belle and wants to be with her, he finds himself trapped.

But this week, Andrea lets slip to Jamie’s mum Kim that he was the one who hit Moira. Meanwhile Jamie feels low when Belle refuses to have a drink with him.

Later Kim tells her son that she knows the truth and they need to clean up any evidence. Holding all the cards, Andrea tells Kim that she and Jamie will do everything her way from now on.