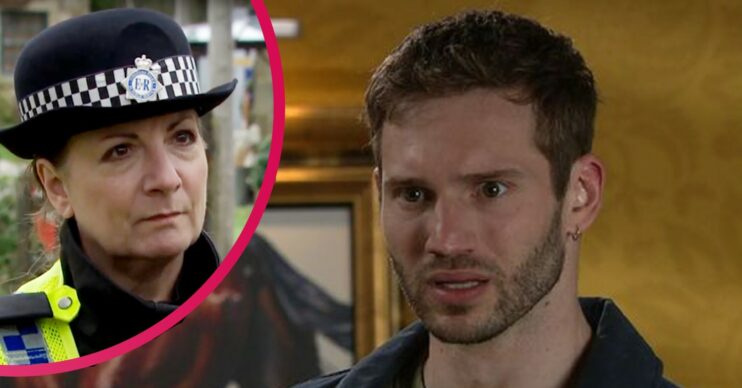 Jamie is alive - and soon everyone may know it!

Police woman Harriet will become further embroiled in the plot when she makes a bombshell discovery.

He set up an elaborate scheme where he stole thousands from the vets, before putting his plan into action.

Jamie crashed his car into a lake before fleeing for a new life.

Her later sent his mother in law, Hazel, to collect his daughter and take her to him.

But it meant leaving behind his son Thomas with Gabby.

Last month, Gabby discovered evidence suggesting Jamie was still alive – and has become convinced he is returning to snatch her son.

After accidentally shooting Will Taylor thinking he was Jamie, Gabby was forced to come clean to him.

Viewers watched last night as Will took matters into his own hands.

He approached his ex Harriet and asked her to find Jamie in her capacity as a police woman.

Next week, Gabby begins to fear she got it all wrong and Jamie isn’t alive.

Approaching Will she tells him that her evidence doesn’t stack up.

And she apologises for shooting him for nothing – and sending Harriet on a wild goose chase.

However, it doesn’t take long for Harriet to get into contact with Will with some surprising information.

She has managed to find evidence that Jamie is alive.

But will Will reveal all to Kim? Or will he keep the information to himself?

But could he be returning after an elongated break?