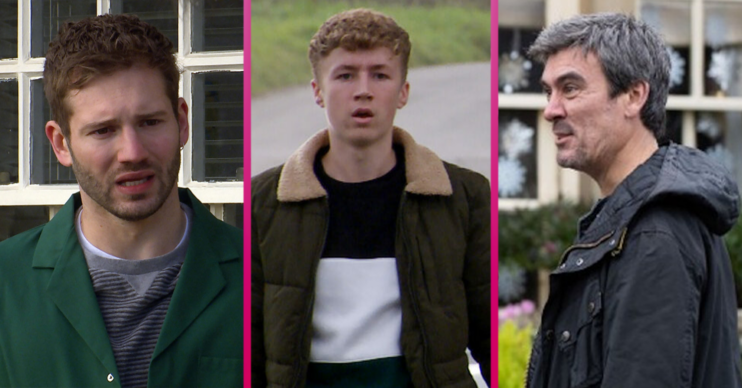 The soap is planning another major week of episodes

Emmerdale spoilers don’t come any better than this – the show’s boss Laura Shaw has revealed details of a huge new flash-forward week of episodes.

The producer has opened up about the special week, which will see special stunts, secrets exposed and a life-threatening event.

Laura teased to Entertainment Daily and other media: “Some of the storylines that have been bubbling along for a while are going to massively explode in a huge way while also kicking off other stories in big dramatic fashion that will take us through the rest of the year and, of course, undoubtedly be big for our huge 50th celebration in October.

“Noah and his growing obsession with Chloe, Gabby and her fears about Jamie coming back to take Thomas, we’ll see something is going on with Faith that she is keeping secret, why?

“We’ll also see the Cain and Al rivalry resurface. And I can promise you that will take a big twist in the special week.

“Lives will definitely be in danger. When Cain ends that episode saying this is just the calm before the storm, trust me he means it!”

Laura added that the week will begin with a flash-forward.

“I think I actually squealed with excitement when I saw it for the first time,” she said.

She added that all will be revealed slowly throughout the week.

“Gabby pushed to the limit at Home Farm, we know Jamie Tate’s still alive so is he coming back for Thomas? If so, what lengths will Gabby go to to protect her son and stop him being taken from her?”

And Laura revealed that Faith Dingle has been keeping a huge secret.

“There’s actually some lovely scenes exploring motherhood in these episodes, not just with Gabby but with Faith too and her big, huge and shocking secret,” she added.

“That’s revealed to Moira qnd there’s some really touching scenes during the week between Moira and Faith.

The producer also teased a stunt and new filming techniques for the soap.

Read more: Who’s who in Emmerdale? Meet the full 2022 cast

“We filmed a fairly big stunt,” she said.

“I don’t think we’ve ever done anything like it before, not in the 20 years I’ve been in Emmerdale anyway!

“We’ve also used some new and very different filming techniques on one of the stunts which makes you feel like you’re right in the middle of the action, it’s absolutely terrifying.”