Debbie returns to sort out a family drama

Emmerdale spoilers in pictures for next week see Debbie return to the village in a bid to find missing Sarah. But her troubles are far greater than she first realises.

Meanwhile, Dawn’s world falls apart when Lucas is taken away by social services. 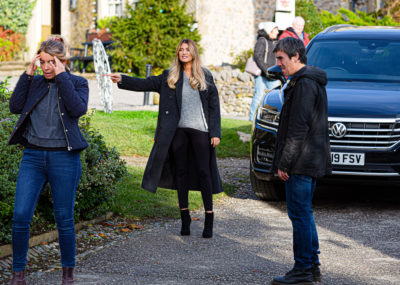 Debbie returns to the village with Zak, fuming to find Sarah has gone missing.

Little does Debbie know, Sarah is hiding away in a barn and taking drugs with Danny.

Eventually Sarah is found and Debbie is shocked when she admits to putting the drugs in Ethan’s pocket. 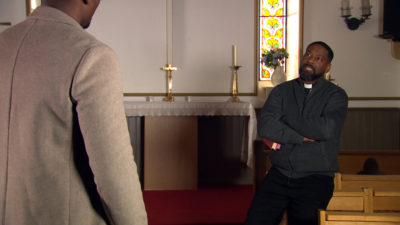 A frustrated Ethan tells Charles he’s been suspended from his law firm over the drug arrest.

Charles tries to talk to Debbie about getting Sarah to come clean. 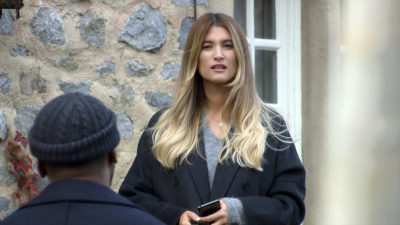 He explains what has happened with Ethan’s job, revealing his career is in tatters.

But Charles is shocked by Debbie’s response. 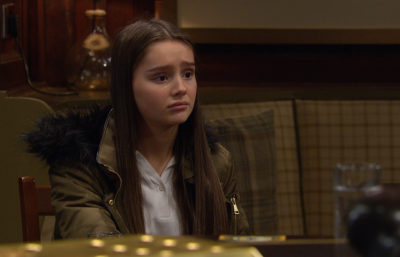 Later, Ethan demands to see the CCTV footage at the pub from the night he was arrested.

Sarah feels guilty as Chas tells Ethan there aren’t any cameras in that part of the pub.

Ethan panics that his career is over. Will Sarah come clean?

Read more: Who are Charity’s kids in Emmerdale? How old is her son Noah?

2. Dawn’s devastated as Lucas is taken away 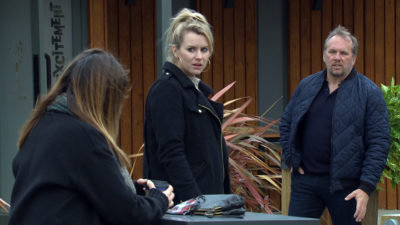 Harriet is heartbroken when she hears Will and Kim flirting.

Devastated, she tells Dawn that Will and Kim are sleeping together.

When Harriet goes to collect Lucas, she is gone for a long time and Dawn wants to call the police.

Harriet finally turns up drunk, and it is clear she is hiding something. 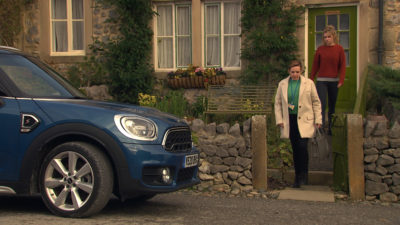 Dawn’s horrified when a social worker reveals Harriet lost Lucas while collecting him the day before. 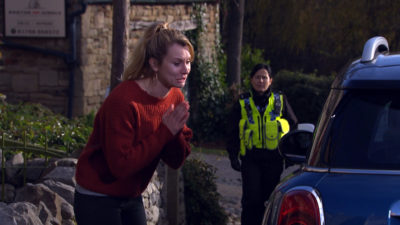 Dawn’s worst nightmare becomes a reality when the police arrive and Lucas is taken away.

3. Paul struggles with his addiction 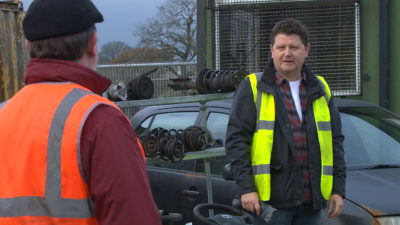 Connor threatens to reveal Paul’s gambling secret, but the stress is too much and Paul places another bet.

How will Paul talk his way out of this one?

4. Marlon ruins his chance at romance? 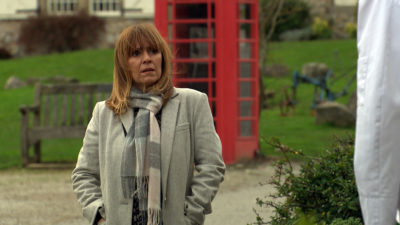 Rhona is thrilled when Marlon invites her for an afternoon tea date in Hotten.

But their plans are scuppered when Marlon has to let Rhona down at the last minute. 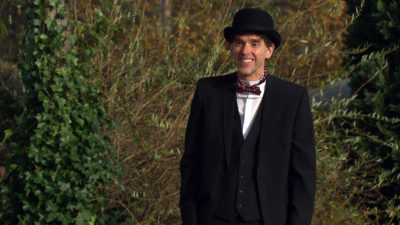 Marlon tries to make amends by dressing as Stan Laurel to cheer Rhona up.

Will his attempts to remind Rhona of their shared love for black and white movies work?

Or is Rhona and Marlon’s reunion over before it has begun?