Emmerdale spoilers in pictures for next week see Mandy propose to Paul before discovering he has been hiding a dark secret.

Meanwhile, Pollard and Tracy find themselves in grave danger thanks to Cain. 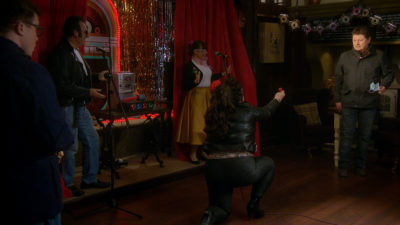 Vinny reminds Paul that if he doesn’t tell Mandy about his gambling, then he will.

But before Paul can come clean he discovers Mandy has planned a romantic proposal.

With Mandy on one knee Paul is put on the spot and says yes, leaving Vinny astonished. 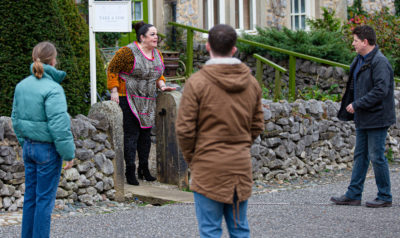 Paul and Vinny have another confrontation and eventually Paul tells Mandy the truth.

But while he admits to gambling, he doesn’t tell Mandy about hurting Vinny.

Mandy is fuming and throws him out, along with all his belongings. 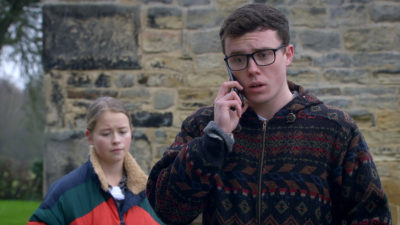 Mandy and Vinny wonder how they could have both been lured in by Paul again.

But soon Vinny gets a call to say Paul has been rushed to hospital. 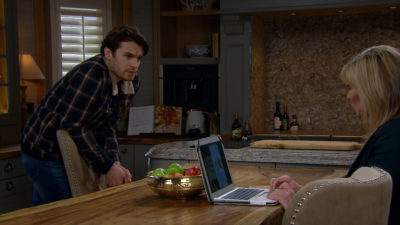 Mack questions her motives and Kim admits she is out to make Cain’s life a misery. 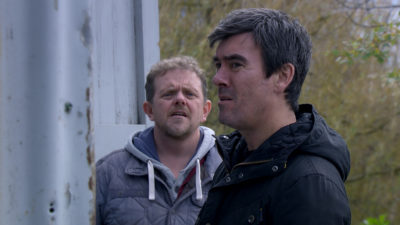 Aaron is suspicious when he sees Mack hanging around the garage clearly up to no good.

Later Dan and Cain are shocked to see more cars are missing and know Mack is behind it. 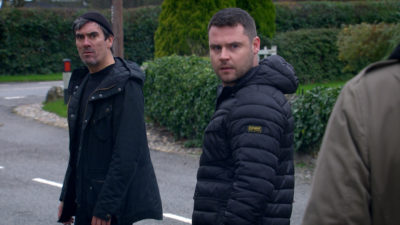 Pollard books his car in for a service but he soon finds himself in huge danger.

Cain tampers with the breaks on Pollard’s car, knowing Mack will try and steal it. 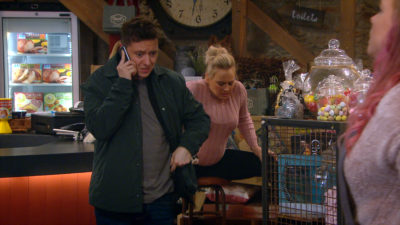 Meanwhile, there is panic when Tracy thinks she has gone into labour at David’s shop.

Worried Tracy is going to give birth, Pollard gets his car from the garage and races to the hospital. 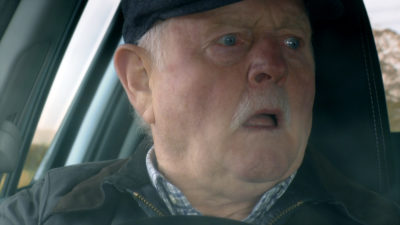 But while Pollard is driving the breaks start to fail thanks to Cain’s tampering.

Pollard braces himself for a crash while a frightened Tracy screams in terror.

Will the both be okay? 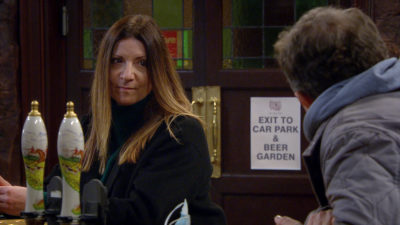 Harriet tells Will that she is moving out before she causes any more trouble.

Later, Charles is shocked to find Harriet has slept in the church overnight.

Dan offers Harriet his spare room, but will she accept? 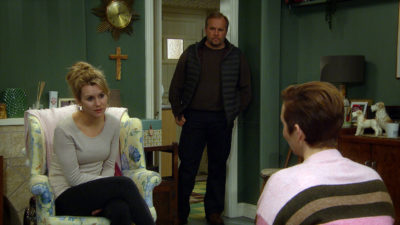 Later, Dawn tries her best to get Lucas back. But will social services agree?

Things don’t go to plan and Dawn verbally lashes out at Harriet for the damage she has caused.