Liv's world is turned upside down...

Emmerdale spoilers in pictures for January 4 – 8 episodes see Liv get diagnosed with epilepsy, but while she copes with the news well, the same can’t be said for Aaron.

Meanwhile, Rhona and Marlon get crossed wires when it comes to their potential romance.

All this and more in the  Emmerdale spoilers for January 4 – 8. 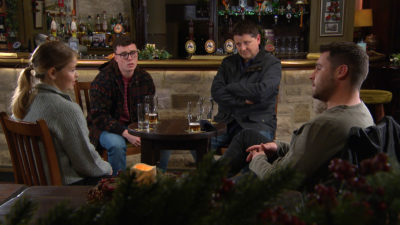 But while her brother panics, Liv seems ready to face her condition.

The next day it’s business as usual for Liv and she organises a kayaking trip for Aaron and Ben.

Aaron isn’t happy about leaving Liv, but he eventually agrees to go. 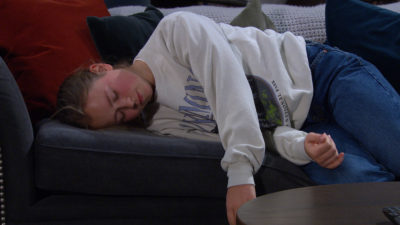 Later Liv starts having a seizure, and Vinny panics.

Unsure what to do, he calls Paul and asks for help. 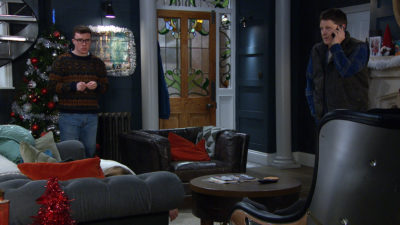 Paul takes control of the situation and calls an ambulance.

Liv comes round and is taken to hospital.

Aaron is shocked when he finishes his kayaking and sees all his missed calls. 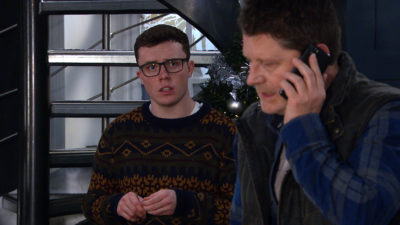 Aaron races to the hospital in a state of fury, taking his anger out on Vinny.

Vinny is shocked when Aaron demands he moves out of Mill Cottage.

But when Paul stands up for his son, Vinny is pleased.

2. Rhona and Marlon get together? 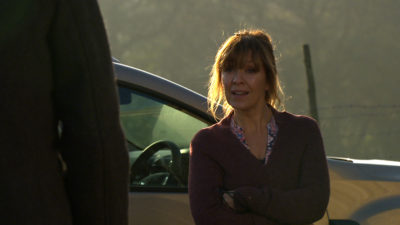 Marlon is miffed when Rhona reveals she has offered Charles her spare room to rent.

He is worried that he won’t have anywhere to sleep when he next stays over. 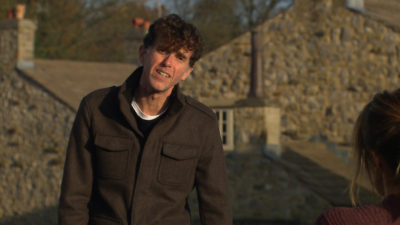 Marlon is shocked when Rhona suggests he can just stay in her room. 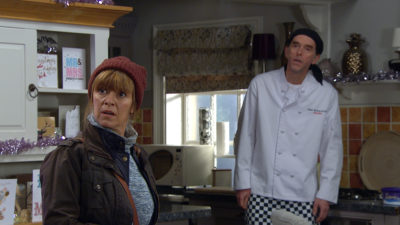 Later Rhona also confides in Paddy, telling him she has feelings for Marlon.

However, when Rhona and Marlon talk later they soon get their wires crossed.

As Marlon and Rhona continue to misread each other’s signals, Paddy steps in.

Will Paddy reveal that both Marlon and Rhona’s feelings are mutual? 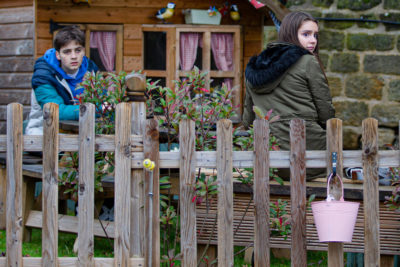 Having just been released from prison, Danny contacts Sarah.

She is worried he might be back for revenge after she shopped him to the police.

Danny seems genuine, but soon he is offering her drugs again. 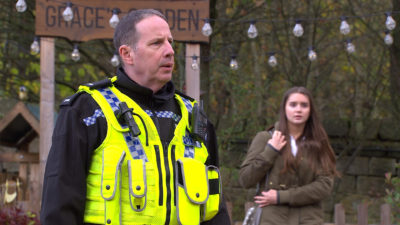 When Chas finds some pills, she blames a stag do at the pub of taking them.

Not wanting Danny to get in trouble, Sarah plants the pills in one of the partygoer’s pockets.

Will the police work out the truth?

4. Will and Kim get closer 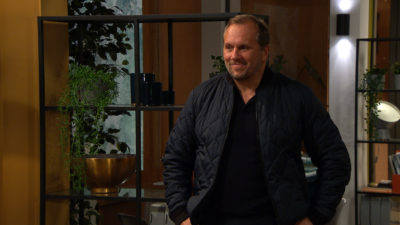 While Harriet is desperate to get Charles off her back, Will has a much more successful day.

He is thrilled when Kim offers him the job of groundsman at Home Farm.

The pair hit it off… could this be the start of a new partnership?