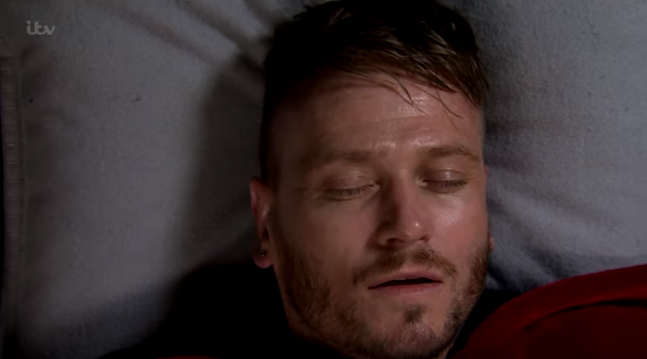 Emmerdale SPOILERS: David fears he is going to die TONIGHT

A villager recently died from the illness

David Metcalfe fears for his life as he suffers with food poisoning in tonight’s Emmerdale (October 1 2019).

In a preview shared on Emmerdale’s YouTube channel, David is laid on the sofa still feeling sick.

As Leyla asks him if he would be better off in bed, he tells her just to make sure his phone is charged in case he needs to call an ambulance.

Despite Leyla reassuring him that a 111 operator said he would be fine, he’s still worried due to the fact villager Derek passed away from the sickness the day before.

Jacob tries to make his dad feel better by telling him that he’s unlikely to die from food poisoning.

However, when David hears those with weakened immune systems are more likely to die from the illness, he panic even more due to his history with cancer.

Jacob is determined to stay behind to look after the shop and keep an eye on his dad, meanwhile Leyla heads off to work.

David soon came down with the illness and suspected Rishi’s chocolate was behind it.

Later, David was shocked to find out from Manpreet that Derek had died.

It looks like there could be more drama for the Sharma family tonight when Rishi gets a call from environmental health.