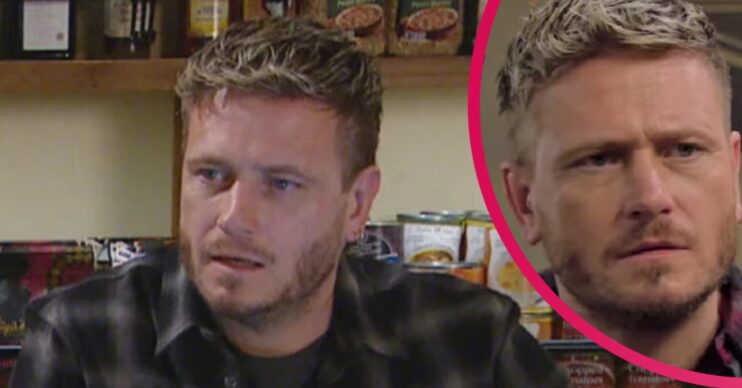 Emmerdale spoiler: David to lose everything?

Is his business beyond saving?

Emmerdale spoilers next week see David struggling to keep his business afloat and having to make some difficult decisions.

But will it be too little, too late for the struggling shopkeeper?

And who can David turn to if he is set to go under?

it’s not been a great time for small businesses over the last couple of years, as they negotiated the pandemic.

David has struggled, but has kept his troubles to himself.

Of course, David has never really been the shiniest tin on the shelf, so while he was struggling financially, he was easily distracted from his problems.

Only the other week, for example, he headed off on impulse to buy an expensive engagement ring for girlfriend Victoria.

Then he set up an elaborate proposal, which was all time, money and energy he could have been ploughing into saving his business.

Next week, Emmerdale spoilers reveal that David is finally forced to take some action.

He realises that he has to cut costs at the shop.

So, he reluctantly decides that he’ll have to let Kerry go from her part-time role.

Of course, David being David, he makes a right mess of it.

His clumsy manner makes an awkward situation even more tricky.

But David knows he has to do it if he has any chance of staying in business.

Read more: Who is in the Emmerdale cast of 2022? Meet the full line up

Emmerdale spoilers: Who can help David?

So far, David has kept his troubles from girlfriend Victoria.

But should he be telling her, in the hope she can pitch in with ideas to boost the business?

However, David has confided his his dad, Eric.

Of course, Eric has been a businessman for many years – although some of his ventures have been more successful than others.

Will Eric offer to help his son? He’s not famous for his generosity, but David is his flesh and blood.

Or will Eric realise that David’s failure to face up to facts has destroyed his business forever?