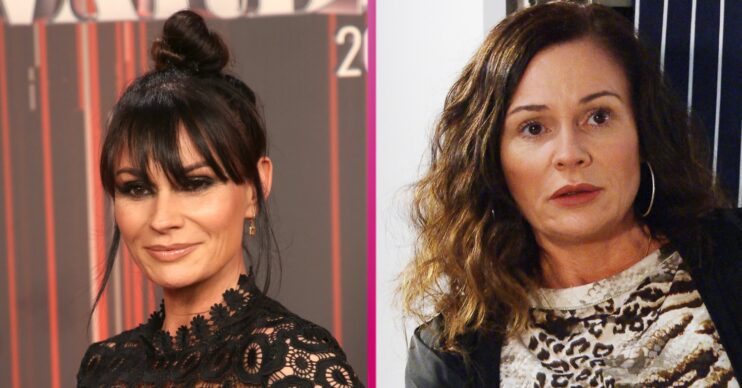 Emmerdale spoilers: Chas to be killed off in 50th anniversary episodes?

The soap's 50th anniversary will happen this year

Emmerdale star Lucy Pargeter has revealed her fears that her character Chas Dingle will be killed off around the soap’s 50th anniversary.

Recently Chas was forced to put the Woolpack up for auction. However it was bought by her second cousin Charity and Charity’s son Ryan.

However with Chas and Marlon’s careers up in the air, Lucy is apprehensive when it comes to Chas’s future, given the huge storylines promised for the soap’s anniversary in October.

Read more: Emmerdale fans have a shock theory about Pierce’s son Marcus as he arrives in the village

Speaking with Daily Mirror newspaper: “It’s always unnerving when we’ve got big storylines coming up, or events like the 50th anniversary this year. I immediately think, ‘Oh god they’re going to have to do something big for the 50th.

“Do they need to kill off a long-standing character in a spectacular way. Is that my exit?”

In a recent interview, producers Jane Hudson and Laura Shaw revealed what’s to come in 2022.

Emmerdale has confirmed there will be three big days this year, as well as a baby!

Jane revealed: “There may be a wedding this summer. You’ll have to wait and see, but you might not guess who that is right now.”

One couple we know are getting married are Billy and Dawn.

Laura spilled details of their big day: “Their wedding definitely will happen this year and it will happen on the most romantic day of the year on Valentine’s Day!

She continued: “We’ve also got another wedding coming up, a third one beyond that, and that’s a bit more of an unexpected twist, that’s going to shock a few of our villagers and ruffle a few feathers.

Jane also said: “There will be a baby arriving in Emmerdale before the year is out.”

Read more: 15 Emmerdale spoilers for next week including a secret revealed, an exit and a death?

Have you been watching Rhona’s storyline in Emmerdale? Leave us a comment on our Facebook page @EntertainmentDailyFix and let us know what you think!