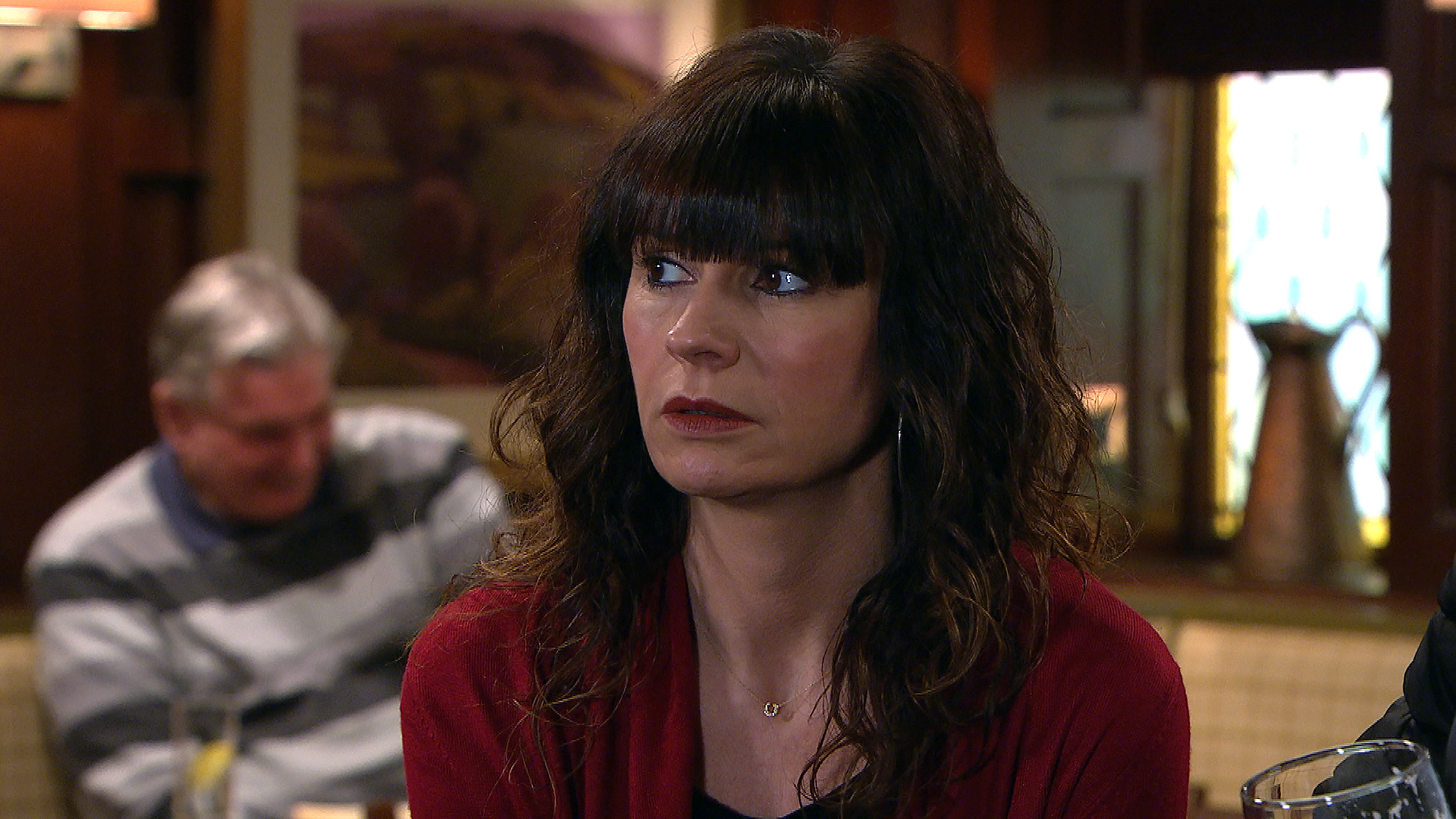 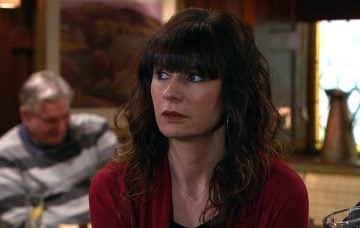 Will Chas ever forgive Paddy?

There is trouble looming for Emmerdale’s Chas Dingle and Paddy Kirk as social services question them over Eve’s disappearance.

Chas and Paddy have their world turned upside down when their baby daughter, Eve, goes missing from the car after accidentally being left there alone by Paddy.

But next week sees things get even worse when everyone finds out what happened, and social services get involved.

Aaron Dingle is back in the village and he immediately notices there is a distance forming between Chas and Paddy.

But as the joint christenings get underway, the truth is about to be revealed when a distraught Chas takes the opportunity to tell the packed pub that Paddy left Eve alone in the car while he took Marlon to hospital.

Poor Paddy hits rock bottom as his self loathing couldn’t get any worse, and soon he writes a note for Chas and leaves.

But when she later finds the note, Chas is devastated and tries to get through to him on the phone.

Meanwhile, Paddy is at Marlon’s and while his best friend tries to talk some sense into him, Aaron arrives telling Paddy that he needs to stop punishing himself and make things right with Chas.

But back at the Woolpack, Chas is dealing with her own crisis when social services turn up and start questioning her… and Paddy is nowhere to be seen.

Read more: Emmerdale fans convinced Andrea is being set up by Kim

As Chas struggles to cover for Paddy’s absence, she knows it doesn’t look good that he has gone AWOL and later fumes at him for not being there when she needed him.

As Chas berates Paddy for letting Eve down, he is utterly bereft when he realises that he could have ruined their chances to prove to social services that they are good parents.

But where does this leave Chas and Paddy’s relationship? Can Chas ever forgive Paddy for what he has done?

Next week Emmerdale airs Monday to Friday at 7pm, with an extra episode on Thursdays at 8pm on ITV.

Do you blame Paddy for what happened? Leave us a comment on our Facebook page @EntertainmentDailyFix and let us know what you think!