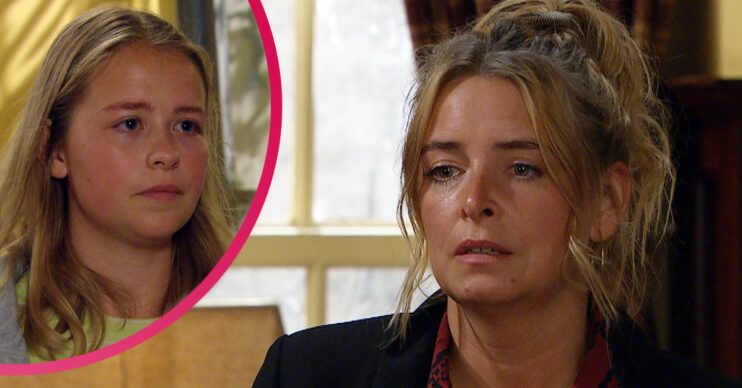 Will Charity find out what really happened?

Emmerdale spoilers reveal Charity does some digging to find out what really happened between Liv and Noah.

Earlier this week, Liv, who is a recovering alcoholic, ended up going drinking with two people she met in the village.

However when she woke up the next day she had bruises and no idea what happened.

She eventually started to realise it was Noah she had a scrap with the night before.

However when Gabby heard that Liv remembered seeing Noah, she felt uneasy after her own run-ins with him.

Playing a voicemail Liv had left Gabby, they overheard Liv screaming at Noah to get off her.

Noah claimed he found Liv drunk and tried to help her get home, but she attacked him.

However, Gabby told Charity about her own run-ins with Noah, leaving her concerned.

In tonight’s episode (Friday, August 27) Charity does some digging to see if there’s another side to this story.

Will she manage to get to the truth?

Noah’s past with Gabby

Earlier this year, Noah developed feelings for Gabby and Will found him going through her underwear.

Noah claimed he was trying to find her size to buy her lingerie.

However later when he confessed his feelings for Gabby, she stormed out of Leanna’s party.

Noah followed her home in the dark leaving her creeped out and later had a go at her, accusing her of leading him on.

Will Charity find out the truth?