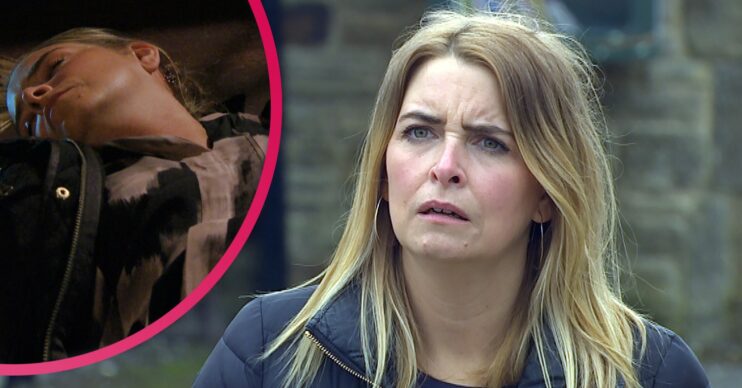 Emmerdale spoilers for next week reveal Charity is left with a bleed on the brain after catching someone stealing form the pub, but will she pull through?

Currently Chas and Marlon are having financial troubles and have been trying to think of ways to make money for the pub.

However things get worse next week when the pub is robbed and Charity is left badly hurt.

In next week’s scenes, Chas is left unimpressed when the Woolpack electric cuts out, unaware that someone has deliberately severed the external mains cable.

Chas and Marlon have no choice but to close the pub for the day.

Later a hooded figure breaks into the Woolpack. They use a crowbar to open up the till and pocket the money.

Charity comes in and catches the intruder, but the intruder knocks her over and flees, leaving Charity unconscious in a pool of blood.

On Main Street, Chas reels as a semi-conscious Charity is taken off to the hospital in the back of an ambulance.

At the hospital a distraught Chas reveals to Paddy that Charity has a bleed on the brain.

She breaks down as she desperately hopes Charity will pull through. Is Charity going to survive?

The next day PC Swirling arrives to investigate the pub robbery and it’s not long before he becomes suspicious.

Will he find out who robbed the pub?