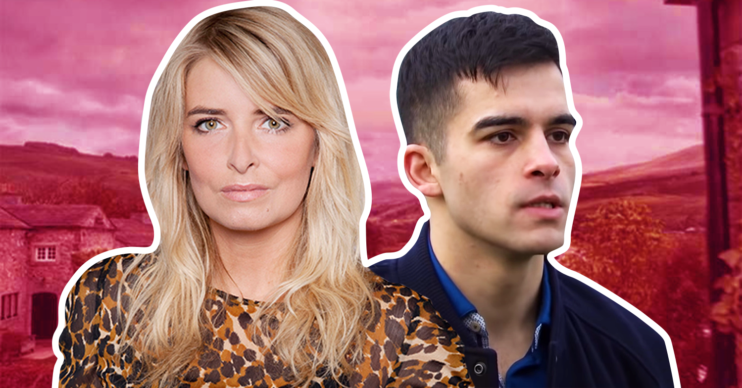 Emmerdale SPOILERS: Charity gets a step closer to finding Kirin

In upcoming Emmerdale, Charity gets a step closer to finding Kirin Kotecha. Will he be coming back to the village?

Currently Charity is determined to track down Kirin in the hopes of getting his permission to adopt his son, Johnny.

Next week, Tracy tells Charity that she’s around if she ever wants to talk. But when Charity overhears that Al’s stuck in Aberdeen, she suggests to Priya that they make a deal – Debbie will fix his car if Priya rings Kirin’s sister.

Read More: Emmerdale fans turn on ‘evil’ Andrea Tate as she plots to split up Jamie and Belle

Will Priya make the call? Is she one step closer to finding Kirin?

Emmerdale: Why does Charity need to find Kirin?

Currently Vanessa is battling bowel cancer and recently began to make plans for her son Johnny, should she not survive.

She and girlfriend Charity began making plans for the barmaid to adopt Vanessa’s little boy. However Charity stumbled across an issue when she realised she would need permission from Johnny’s father, Vanessa’s ex-boyfriend, Kirin.

Kirin struggled to adapt to fatherhood and when Johnny was just a baby, he lashed out when the infant wouldn’t stop crying.

Carly Hope saw his outburst and later told Vanessa who threw him out. Kirin soon decided he wasn’t ready to be a dad.

Not long later, Kirin went on the run after running over Tess Harris and leaving her in the road.

Tess died from her injuries and Kirin went on the run.

Is Kirin coming back?

He is believed to be living abroad in order to evade the law. However there are all sorts of ways the soap could explain his return.

Kirin’s father Rakesh was a lawyer (who also fled the village), so he could easily pin Tess’s death on someone else.

Do you want to see Kirin come back to Emmerdale? Leave us a comment on our Facebook page @EntertainmentDailyFix and let us know what you think of this story.