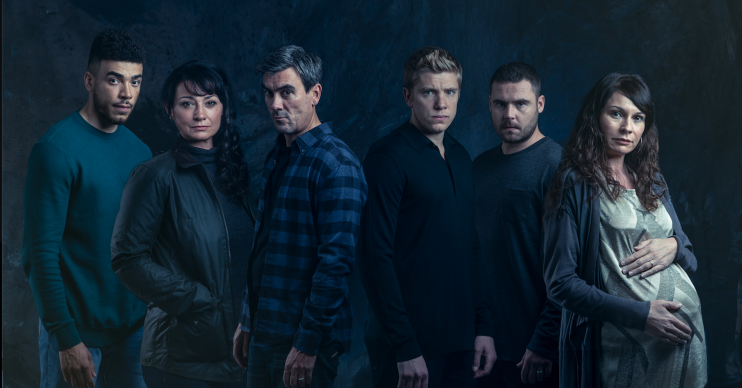 It's going to blow everyone's socks off

Fans of Emmerdale who have been begging for Moira Dingle to get her comeuppance after her sordid affair, are on the brink of getting what they want.

Moira has been having an illicit relationship with farmhand Nate Robinson behind the back of her husband Cain – but that’s all about to be exposed in the most explosive way.

Last year, Kim Tate arrived in the village and fans believed Joe Tate had been killed off.

The year before, in 2017, Moira killed Emma Barton.

Read more: Emmerdale fans divided over whether soap should be axed

And this year promises to be just as dramatic, with bombshells being dropped left, right and centre!

A statement from the ITV soap reads: “Prepare for some serious fireworks in Emmerdale this Autumn as Cain, Moira, Nate, Robert, Aaron and Chas all find themselves in hugely life-changing situations.

“There are explosive scenes as Cain finally discovers that Moira has been having an affair with Nate. And hell hath no fury like a Cain Dingle scorned.”

With Cain’s track record, it’s anybody’s guess what he’ll do – will he kill Nate? And will Nate’s secret identity finally be revealed?

Fans have long believed that Nate isn’t who he says he is – could be secretly be related to Cain?

Meanwhile, another huge storyline will come to a head when Robert and Aaron flee the village together.

Realising the dire circumstances they’re in, the pair decide to go on the run from the hefty sentence Robert faces if found guilty of grievous bodily harm with intent.

Robert pleaded guilty and is due in court for sentencing after attacking Lee Posner, the man who violently raped his younger sister Victoria.

Will Robert and Aaron live happily ever after away from the village? Or will their plans leave them in prison, or even dead?

There’s good news, as well, with a little baby being born amid the drama.

Emmerdale told us: “Amongst the darkness, there’s a ray of light as Chas gives birth to her beautiful baby in true Dingle fashion.”

Chas and Paddy deserve all the happiness they can get, after losing their daughter Grace to bilateral renal agenesis more than a year ago.

Earlier this month, This Morning’s soap expert Sharon Marshall, who is also a writer for the ITV soap, teased that October Week would “blow your socks off”.

Are you excited for the upcoming drama? Leave us a comment on our Facebook page @EntertainmentDailyFix and let us know what you think!