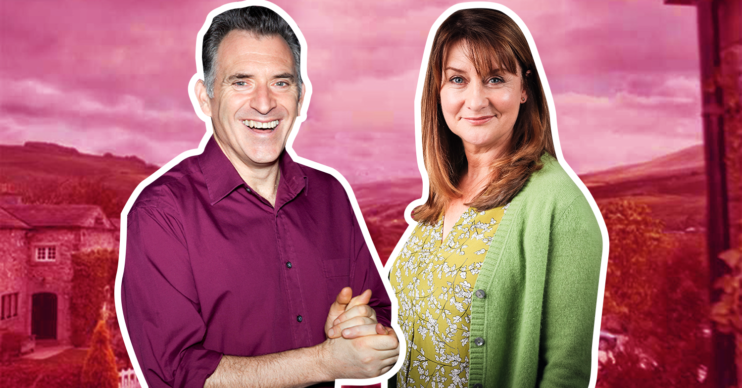 The two have just started dating

In next week’s Emmerdale, Bob suspects Wendy is cheating. But instead of talking to her, he goes to beat her at his own game. Will he end up making a terrible mistake?

In the upcoming scenes Bob and Wendy go on a date. But the barman suspects that Wendy and Rodney may be exchanging messages as she’s constantly distracted by her phone.

Seeing Bob’s distress, Chas encourages him to apply for a dating site and beat Wendy at her own game. But has Bob made a huge mistake?

Wendy and Bob’s relationship got off to a rocky start earlier this year.

After Bob confessed his feelings for Wendy, she revealed she wasn’t ready to be with anyone else, given her ex-husband wasn’t very nice to her.

However, when Wendy realised she did like Bob, her friend and boss Manpreet encouraged her to write him a letter confessing her feelings.

But things got complicated when Manpreet accidentally put the letter in Rishi’s medical check-up letter.

When Rishi read it, he assumed the letter was for him and showed Bob.

Later, when Wendy went to ask Bob about his feelings towards her, he told her that he no longer felt like that and gave her some harsh words.

But when he realised the mistake, he apologised to the nurse and the pair agreed to try a relationship. But is there relationship over before it ever really started?

While viewers know a lot about Wendy’s two sons Lee and Luke, however we don’t know anything of her ex-husband.

Fans started to come up with the theory that Wendy’s former husband, Lee and Luke’s dad, is corrupt copper, Detective Inspector Malone.

Do you think Bob is making a huge mistake? Leave us a comment on our Facebook page @EntertainmentDailyFix and let us know what you think of this story.