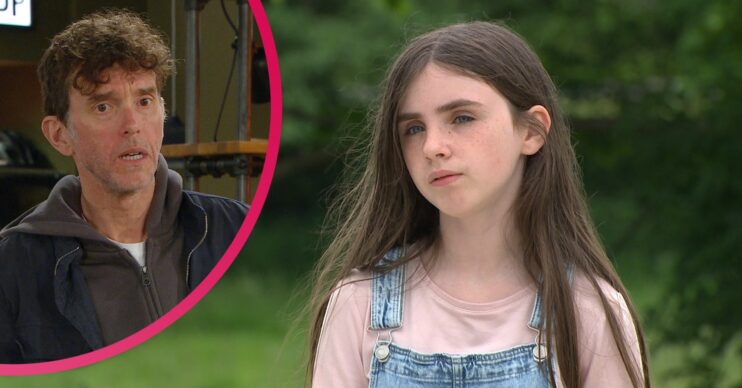 April has been through a lot

Emmerdale spoilers for next week reveal April is faced with more heartache when she sees more horrible comments online.

After Leanna’s death, April set up a social media page to help people struggling with grief.

However she started receiving nasty comments about her late mother Donna.

After Marlon found out about the horrible comments, he deleted April’s social media accounts and took her phone away until things got better.

In next week’s scenes Marlon makes the decision to give April’s phone back to her.

April is thrilled when her dad hands her phone back, and she promises not to use social media.

However she is soon tempted and ends up going back on the accounts.

Soon Marlon is stressed about affording April the birthday celebration she deserves.

Meanwhile April despairs as she finds more hurtful comments on social media. She is left unsure what to do.

However Cathy has a suggestion on how to handle it, but will it work?

Who is bullying April?

While it hasn’t been revealed who is bullying April, viewers have a theory as to who could be behind it.

Fans believe that it could be twins Cathy and Heath.

Cathy and Heath are Donna’s younger half-siblings, making them April’s aunt and uncle. However they are both only two years older than April.

After Heath had a go at April for always talking about her late mother, fans were convinced that he and Cathy could be behind the cruel comments.

Have you been watching April’s storyline in Emmerdale? Leave us a comment on our Facebook page @EntertainmentDailyFix and let us know what you think!