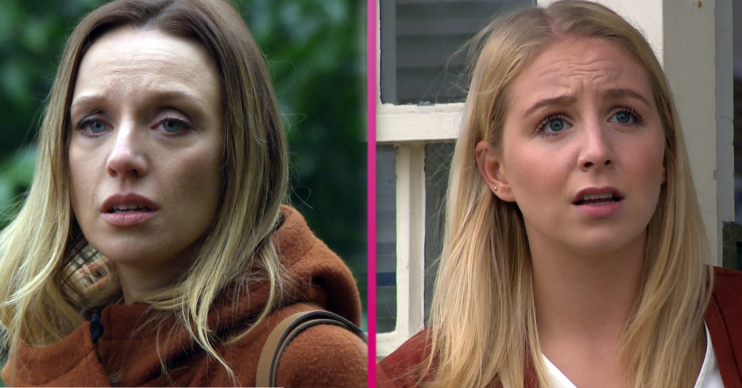 Jamie wants to speed up the divorce proceedings

Emmerdale spoilers reveal Andrea returns home to find Belle’s moved in with Jamie. How will she react?

Andrea recently decided she needed time away after agreeing to divorce Jamie. But during her short time away, Jamie has already moved in Belle, who he was having an affair with.

In next week’s episodes of the ITV soap Belle is upset when Paddy confronts her for starting a family feud. She’s annoyed that Paddy and Marlon are talking about her behind her and Jamie behind their backs.

But when they reveal there’s a new witness in Moira’s hit and run case, Belle begins to panic. Jamie tries to remain calm when Belle tells him.

She questions how he can be so confident he’s not going to be found out, but they’re interrupted by a call.

Read More: Kelvin Fletcher rule out return to Emmerdale after being spotted on set

The next day, Cain has a go at Belle in public. How will she react?

Back at Home Farm, Belle’s shocked when Jamie says he wants to push ahead with divorcing Andrea. Although she’s touched by his determination she’s worried he’s rushing and Andrea will react badly.

This week, Jamie overhears Belle’s brother Sam bad-mouthing him and fires him from his Gatekeeper job at Home Farm.

Sam looks to Belle for support but is shocked when she sides with her boyfriend.

Later she arrives at the Dingles’ to collect her things after confessing to Zak she’s moving in with Jamie.

But is she making the right decision?

Do you think Jamie and Belle are moving too quickly? Leave us a comment on our Facebook page @EntertainmentDailyFix and let us know what you think of this story.