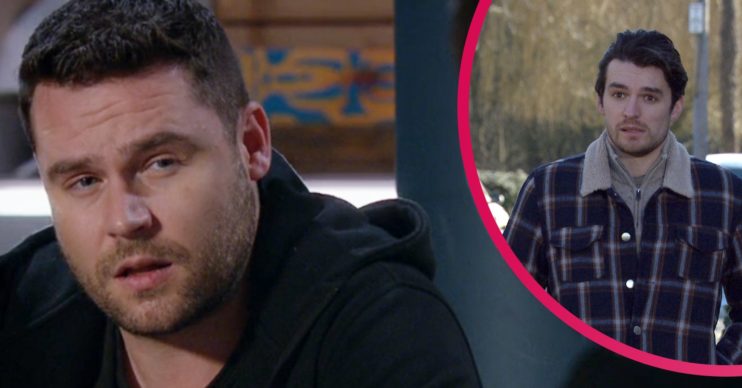 Will Aaron be able to explain himself?

Emmerdale spoilers reveal Aaron is caught by the police whilst doing a dodgy deal for Mack. But will he be able to cover?

This week, Vinny discovers that his dad Paul was never kidnapped and the whole thing was set up by him and Connor in order to get money from Vinny’s girlfriend Liv.

But when Vinny threatens to go to Mandy, Paul attacks him leaving him unconscious and bleeding.

In next week’s scenes Aaron’s sister Liv is determined to track down Connor, believing he could provide answers about Vinny’s latest beating, which left him in hospital.

Aaron wants to get involved and look for Connor. Soon he reluctantly accepts Mack’s offer to help to look for him.

The next day it soon becomes clear that Mack has actually dragged Aaron into another dodgy deal when he convinces him that they should ‘borrow’ one of Jimmy’s vans and meet a contact in a layby.

Aaron is reluctant to help Mack load up the dodgy TVs but eventually agrees to do it.

When the police arrive on the scene, Mack scarpers leaving Aaron to face the music. Will he get into trouble for Mack’s scheme? Could he end up in jail?

Vinny breaks up with Liv

Meanwhile, Paul wants Vinny to get Liv off their backs. Fearing for his girlfriend’s safety, Vinny realises he needs to end their relationship to protect her from his dad.

Read more: Emmerdale: Harriet hiding in the cellar has confused fans all asking the same question

He soon breaks up with her and Liv is left heartbroken. But her distress soon turns to determination to find Connor and discover what he knows about Vinny.

Will she be able to find out the truth about Paul and the kidnapping?