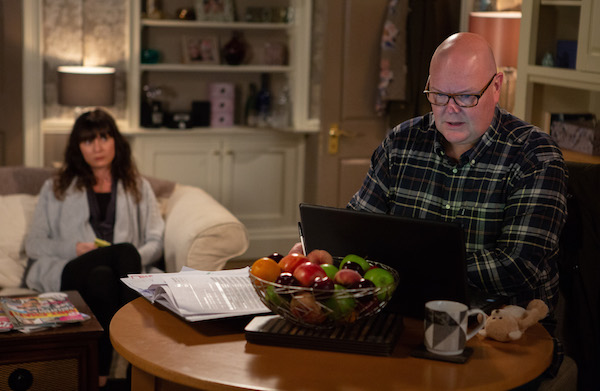 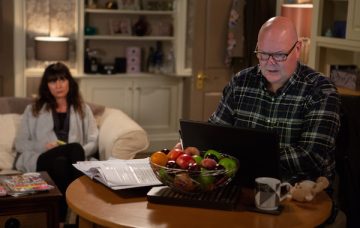 Emmerdale SPOILER: Wedding on the horizon for Chas and Paddy?

A happy ending at last? Sounds good to us!

If there’s one thing Emmerdale viewers want for 2019, it’s a spot of happiness for Chas Dingle and Paddy Kirk.

After one of the most horrendous years of their lives when their daughter, Grace, was born without any chance of survival due to a rare condition, their relationship has slowly fallen apart.

The pair have already begun working together to get through their grief after months of an increasing distance between them, and now actors Lucy Pargeter and Dominic Brunt have revealed their hopes for a wedding between their characters.

But there’s just two stipulations: their big day must be a happy one and it must be warm!

Speaking to Metro.co.uk Lucy said: “I’d like to have a Dingle wedding and walk down the aisle and not jilt someone or for it to last for just a day.

“But do it in the summer please, we do everything in winter and it’s freezing cold. But we have got something else next year that isn’t a wedding…”

But a happy ever after is going to be easier said than done with Paddy’s ex, Mandy Dingle, on the way back to the Dales.

Mandy’s set to return this week with a 16-year-old son called Vinnie – and there’s a strong possibility the boy is Paddy’s son.

Chas isn’t happy to see Mandy, especially when she sees sparks flying between her and Paddy again.

Dominic explained: “He completely and utterly loves Chas and especially after what they’ve been through he doesn’t want to lose her.

“He has a little flirt with Mandy and remembers they got on. But he would never do anything.”

Chas still doesn’t like it and immediately a fight breaks out between the two women. Bet Paddy never thought he’d be the in the middle of that!

Do you think Chas and Paddy should get married? Leave us a comment on our Facebook page @EntertainmentDailyFix and let us know what you think.