Victoria might have told Ellis that she doesn't want a serious relationship in Emmerdale - but is that all about to change when the pub chef thinks she could be pregnant?

Ellis and Victoria might have only been together for a short time, but next week brings a fresh new challenge for the pair when a baby could be on the cards. 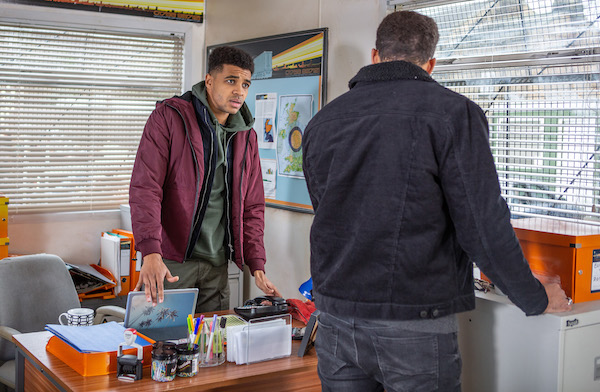 The week starts innocently enough with a fed up Victoria trying to get Ellis and his half-brother Billy to stop all their bickering.

Deciding to do something about their sibling rivalry, Victoria takes matters into her own hands and dramatically locks the pair in the scrapyard portakabin, thinking it will force them to talk.

But what she didn't count on was the fact Billy is fresh out of jail, and being locked up brings back all sorts of horrific memories.

As Billy starts to have a panic attack, Ellis is worried about his sibling and it finally looks like the pair might actually have a mutual respect for one another. 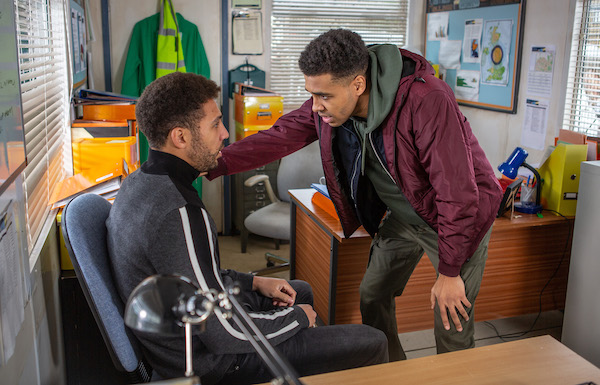 Ellis is worried about his sibling (Credit: ITV)

However, while Victoria might have helped the brothers build bridges, things are set to get a lot more dramatic when she thinks she could be pregnant.

Desperate to talk things through with Ellis, she desperately tries to get hold of him, only for his voicemail to kick in.

Leaving a panicked message, an awkward Victoria tells Ellis to call her... but as she's on the phone, an oblivious Marlon and Jessie come down the stairs and Victoria is forced to throw her pregnancy test under the sofa. 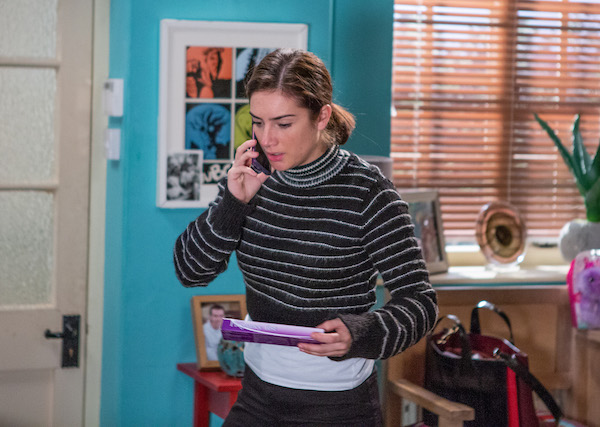 Will she manage to hide what she was up to from Ellis's mum?

Soon Ellis and Victoria have some serious talking to do - but does that mean the test was positive?

As always, the tests results are a closely carded secret, but are the pair about to hear the pitter patter of tiny feet later this year, or is the whole thing a false alarm?

Do you think Victoria is pregnant? Leave us a comment on our Facebook page @EntertainmentDailyFix and let us know what you think!