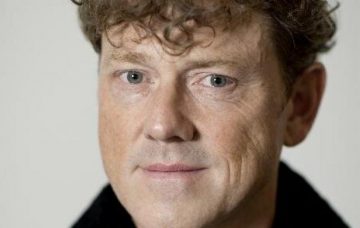 Poor old Daz Spencer isn’t having a great time in Emmerdale at the moment.

Not only is his girlfriend Bernice Blackstock cheating on him with Dr Cavanagh but next week he finds out about the death of one of his friends.

Jobless Daz is stunned when he sees in the paper that a person he’d befriended while he was homeless has died.

Bernice – who is just about to tell Daz their relationship is over – realises she can’t kick him while he’s down and ends up comforting him instead of dumping him.

But she’s not quite ready to give up her dishy bit on the side either and it’s not long before she and Dr Cav are romping in the salon.

Unknown to them Kerry and Jimmy are hiding away in the spray tan tent after Kerry decides to do a bit of off-the-record spray tanning.

Kerry later confronts Bernice about her cheating – will she have the guts to tell Daz that it’s over between them and that she’s already moved on?

Bernice has been growing more and more obviously tired of Daz as he ricochets from one disaster to another and meanwhile dishy doctor Cavanagh has been giving her the eye.

The pair finally got down to it last week during the masquerade ball where they went for a romp in the woods.

Bernice and Dr Cav have been flirting for weeks and shared a kiss in the salon before Bernice told Liam that she needed to finish with Daz before they took things any further.

Sadly she didn’t stick to her word and the pair are now sneaking around in the throes of an affair.

The pair flirted up a storm when Bernice called him to her salon after Faith Dingle had a funny reaction to one of the face creams the beautician had used on her.

To thank him, Bernice offered Liam a free treatment and he gratefully accepted a haircut, with sparks flying as Bernice ran her fingers through his hair.

But where will this leave poor Daz?