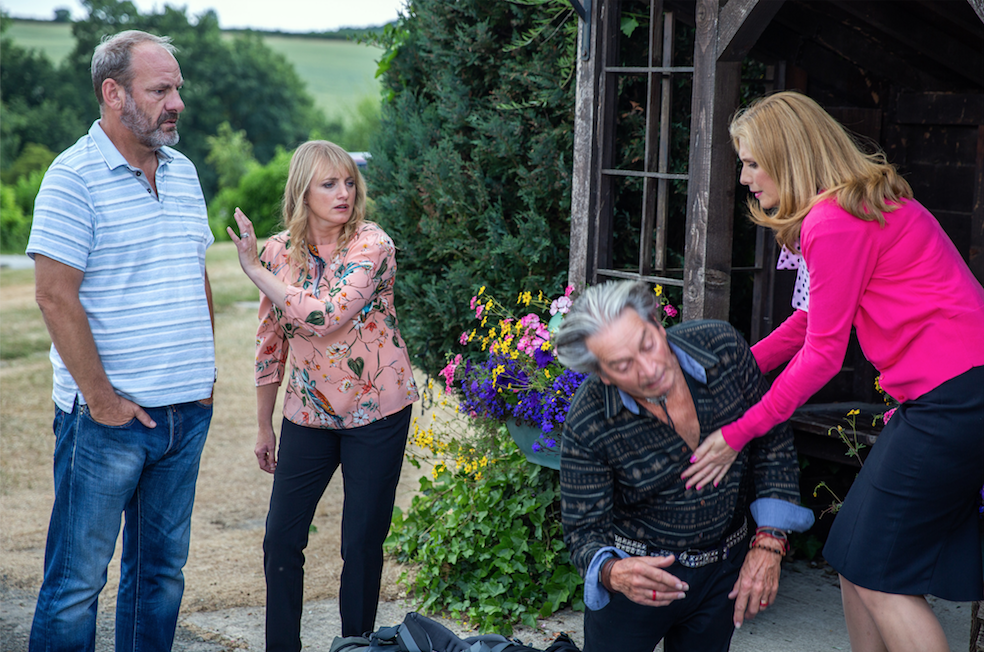 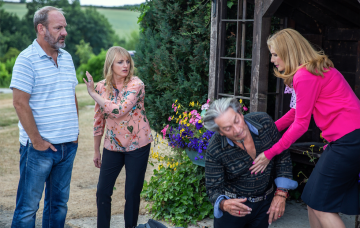 Is this the end for Rodney?

Emmerdale’s Bernice Blackstock and Nicola King are left terrified dad Rodney might meet his maker next week when he suddenly collapses and has to be rushed to hospital.

The scary moment comes right in the middle of a huge family argument about the fact Bernice and Nicola have been meddling in Rodney’s relationship with Misty Allbright.

Rodney is left heartbroken when Misty, who he’s totally smitten with, departs the village, leaving him behind.

He is baffled by the whole thing, until it becomes clear that his daughter have played a hand in her sudden departure and have lied about his health.

Misty left the village to start a new life in Thailand after landing a fire eating job there. As you do!

But she went thinking that poor Rodders wasn’t well enough to go with her – thanks to Bernice and Nicola’s lies.

But now the pair are left feeling awful when the huge family bust up results in Rodney collapsing mid-quarrel.

An ambulance is called by Nicola and the women worry that their argument might be the last conversation they have with their dad after he is left fighting for his life.

Will the doctors get to the bottom of what is wrong with Rodney?

And can he forgive his daughters for making Misty leave without him?

Do you think Rodney and Misty were meant to be? Leave us a comment on our Facebook page @EntertainmentDailyFix and let us know what you think!