Things are set to get seriously awkward between friends Ryan Stocks and Dawn Taylor in next week's Emmerdale when he propositions the ex prostitute. But what will she say?

For the last few weeks Dawn has been focusing on getting clean and fighting to get custody of her son, Lucas.

After arriving at the village hooked on drugs and working as a prostitute, Dawn has thankfully decided to put her murky past behind her with the help of mother-figure Harriet and friend Ryan. 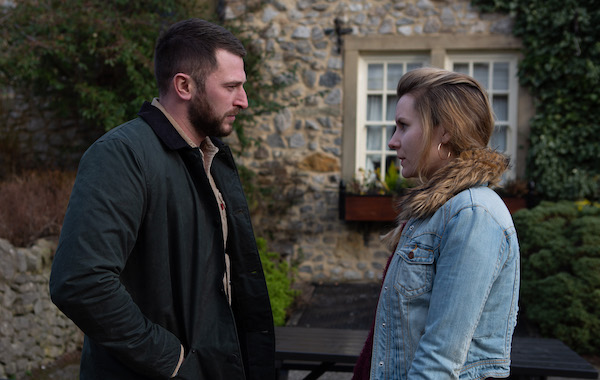 But instead of deciding that she would wean herself off the drugs slowly, Dawn went cold turkey in her attempt to get clean, desperate to get on the straight and narrow so that she has a chance of getting her little boy back.

But next week Dawn is set to get a stark reminder from her past that could send her spiralling back to her old ways.

When Harriet Finch convinces Dawn to go on a date with Ryan, it seems the pair could soon find their friendship developing into something more. 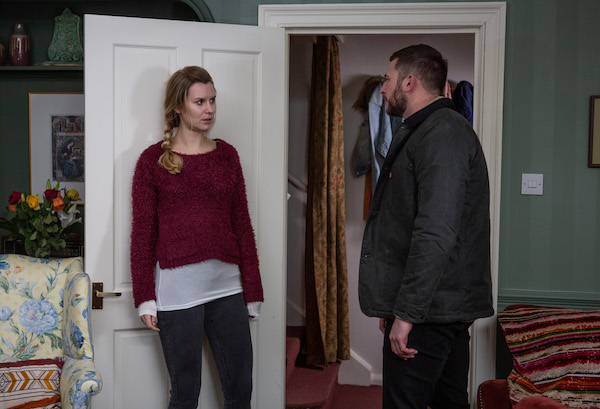 They considered a romance earlier in the year, but Dawn ended things before they'd really begun so that she could focus on getting clean.

But despite them going on a date, fate doesn't have romance in mind for the pair because their evening goes seriously sour when an old punter of Dawn's called Leon turns up.

As Leon starts to harass Dawn she's reminded of the past that she's trying to leave behind. But thankfully Ryan is there to help her fight back. 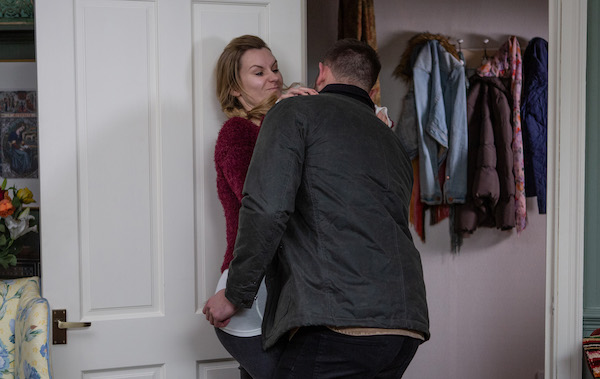 Ryan sees red as Leon gets aggressive and steps in - his jealousy making him protective of his date.

And it seems that Ryan's intervention works because he manages to get rid of Leon for the time being... leading to Dawn thanking him with a kiss!

But Ryan gets totally the wrong end of the stick and misjudges the situation entirely by offering her money if she would sleep with him. Awkward! 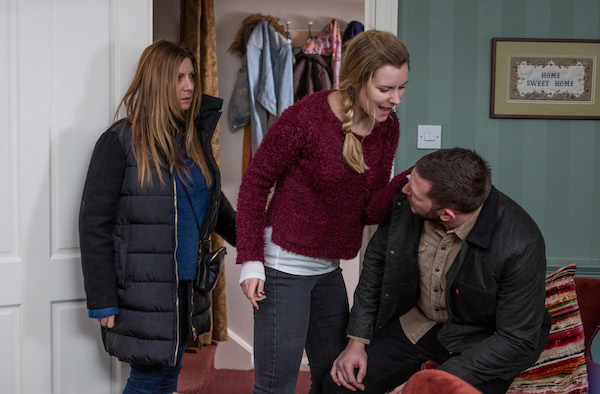 But while Dawn is likely to reel from Ryan's offer, it is being kept under wraps exactly how she reacts to his proposition... however it soon becomes clear that she has more important things to worry about when Leon later follows her home and gets aggressive again.

As Leon turns sinister, Harriet is impressed when dawn handles the situation perfectly and kicks Leon out, clearly happy to keep her past in the past. 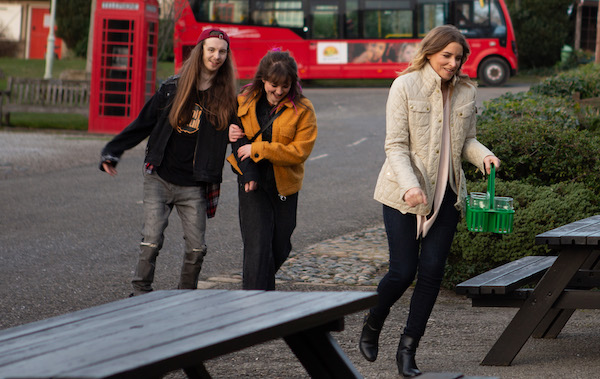 Dawn later catches Gail and Ryan kissing - but what will she think? (Credit: ITV)

Meanwhile a deflated Ryan has caught up with old friend Gail in the Woolpack and is trying to forget his misjudged moment with Dawn... only for Gail to try and kiss him after a few drinks.

But as luck would have it, Dawn walks into the pub just as Ryan and Gail are kissing and sees everything.

Is this the end of their short-lived romance already?

Do you think Dawn and Ryan should be together? Leave us a comment on our Facebook page @EntertainmentDailyFix and let us know what you think!