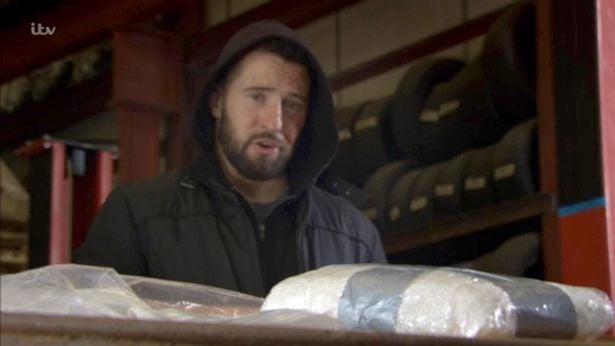 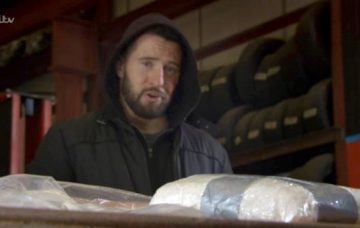 He's struggling to cope with the loss of Rebecca

Ross Barton hits rock bottom next week as he continues to take drugs to block out his feelings over girlfriend Rebecca White’s disappearance.

Ross and Rebecca had just agreed to give their relationship another chance when she inadvertently caught Lachlan White trying to murder Robert Sugden and Liv Flaherty.

He thought she’d dumped him when she randomly vanished, with Lachlan trying to cover up as he kept her prisoner in a cabin in the woods.

Rebecca hasn’t been seen since last month when Lachlan appeared to smother her to death after she made an attempt to escape.

And it looks like Lachlan really has done the worst when the police decide that they’re now looking for Rebecca’s body rather than finding her alive.

Clearly not coping with his loss, Ross calls dealer Gaz for more drugs.

As he does so he spots Pete’s jacket and swipes Pete’s holiday money from it to spend on drugs.

He prepares to take them as he listens to a news story about Rebecca’s disappearance.

Later a wired Ross invites Tracy, Priya and Jimmy over for a party. Yep, it’s a weird crowd.

They’re all reluctant to go but Tracy reminds them that Ross is suffering and needs friends.

The trio head to Ross’ house and are alarmed when he opens the door, clearly high on drugs, with music blaring out.

The awkwardness soon gets too much for Priya and Jimmy who make their excuses and leave.

But Tracy stays and is heartbroken as Ross talks to her about Rebecca.

Later a drug fuelled Ross leads Tracy to the scrapyard where he encourages her to smash up one of the cars.

What will she do?