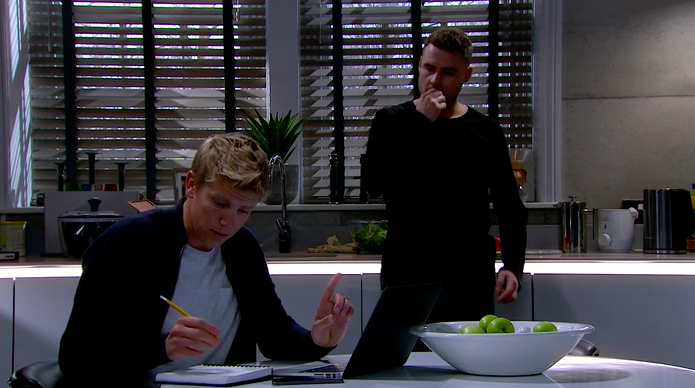 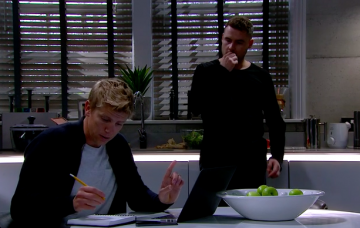 The big day is only weeks away but is someone getting cold feet?

Robert Sugden has only got one thing on his mind in Emmerdale next week – and that’s his wedding to Aaron Dingle.

In a preview clip released by the ITV soap from next Friday’s episode, Robert is seen at a table making a list of all the things they need to organise for the forthcoming nuptials.

The good news is the invites are sorted. We’ll be waiting for ours to arrive any day then.

He decides they both need new suits and something for Liv to wear. He’s also pondering about flowers and it sounds like orchids are a goer.

But while Robert is cracking on with wedding plans, Aaron is looking less than enthusiastic, especially when Robert wonders if they should have a big party, or something low key.

Could he be getting cold feet over tying the knot with the love of his life?

Robert pulls him up on his obvious lack of interest and Aaron explains that he thinks the timing is off.

“Well whatever we do we’re gonna have to do it low-key aren’t we?”

Robert looks at him questioningly and Aaron continues: “Rebecca’s gone.”

“No, she’s missing,” Robert corrects him.

“So it’s all the more reason to crack on,” Robert reasons.

“Maybe we’re rushing into things with everything that’s going on,” Aaron wonders.

Robert isn’t impressed: “Look if you don’t want to marry me, just say!”

Aaron reassures him that he does but he’s concerned about the timing. “Chas and Paddy need this wedding,” Rob replies. “We all do. And Seb, he’s got no one now but us. We owe it to him and his mum – wherever she is. Look I want us to be official. We’re getting married Aaron. The sooner the better.”

We love it when he gets all masterful.

Robron fans have been eagerly waiting for the couple to tie the knot officially following on from their cute private vow recital last year.