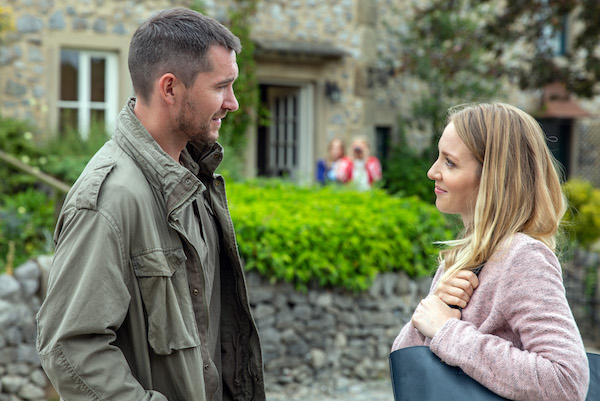 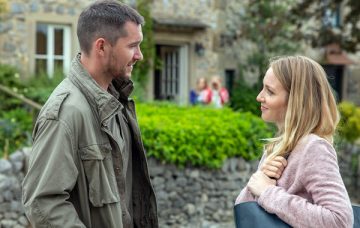 Is the Barton bad boy up to his old tricks?

Is Rhona about to have her heartbroken again as boyfriend Pete is spotted with another woman?

Her concerns are sparked when Tracy becomes convinced that Pete is up to no good and tries to persuade Vanessa that he’s cheating on Rhona.

The pair quickly report what they’ve seen back to Rhona who becomes worried that Pete is cheating, despite only just moving in together.

Could this be the end for Rhona and Pete?

It wouldn’t be the first time Pete has played away from home.

He famously cheated on his fiancee Leyla Harding with her best friend Priya Sharma last year.

The pair got together when Priya turned to Leyla for advice about her relationship with her rubbish husband Rakesh.

But Leyla was out and Pete was only too happy to provide a shoulder for Priya. And not just a shoulder, if you catch our drift.

Their affair eventually came out after Leyla decided she couldn’t go through with the wedding and Pete and Priya spent the night together in the honeymoon suite that was booked.

Meanwhile Rhona has had a hard time of her own after marrying controlling sociopath Pierce Harris who went on to violently rape her on their wedding day.

Rhona was sent spiralling into drug addiction after the attack and didn’t feel she could report it because it was Pierce’s word against hers.

Eventually her friends managed to convince her to go to the police and Pierce was jailed for five years for raping Rhona.

Pete has seemed to be exactly what the vet needed after such a horrific experience.

Would he really risk it all for someone else?

Is Pete cheating on Rhona already? Leave us a comment on our Facebook page @EntertainmentDailyFix and let us know what you think!