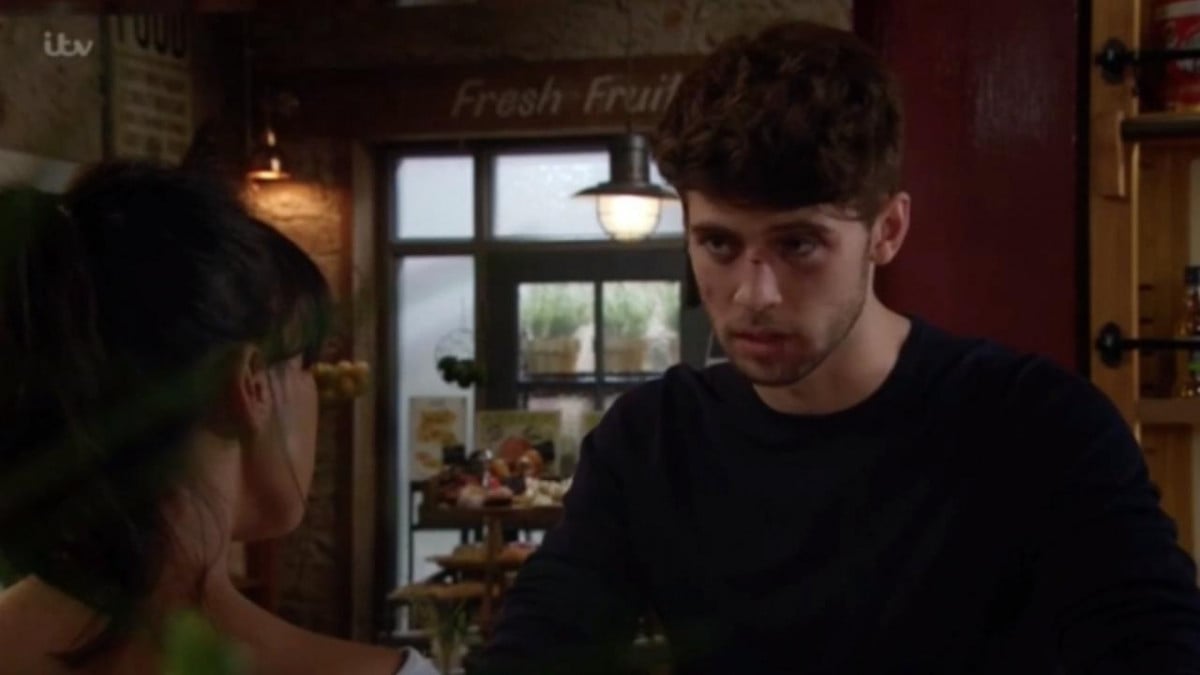 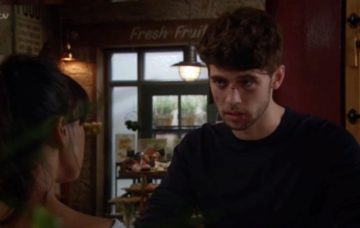 Noah is worried when he finds his brother in a state

Noah Dingle is worried next week when he finds his half-brother Joe Tate drowning his sorrows in a bottle of vodka.

As Joe heads off to try and get more alcohol, Noah is at a loss about what to do.

He fires off a text to disgraced right-hand man Graham Foster, but will the recovering alcoholic come back to help Joe after his cruel dismissal of him?

After a drunken confrontation with Joe on the anniversary of his wife’s death, Graham was sent packing.

Fans were left devastated but actor Andrew Scarborough has reassured ITV viewers that we haven’t seen the last of the suited mystery man yet!

During a special flashback episode, ITV viewers saw how Graham’s wife Cheryl was killed in a drink drive accident caused by his alcoholism.

Devastatingly, she was pregnant with their unborn child, who also died.

Plagued by the demons of the past, Graham turned to drink and ended up “knocking to bits” his only real friend in the village – Joe.

Following the attack, Graham woke up confused and unable to remember the events of the night before.

Full of regrets, he begged Joe for forgiveness and swore to enter himself into rehab.

But Joe refused to forgive and forget, and told Graham to leave and never return.

Andrew, who plays self-loathing Graham, has teased that there is still much to learn about the former army man.

Speaking in a behind-the-scenes video, he said: “This episode was about one incident that has happened in Graham’s life.

Fans will be thrilled to know Graham will return..

The flashback episode left many questions unanswered – like WHO was the mystery person that Graham called twice in his hour of need?

Early in the episode, Graham was furious to receive a phone call on the anniversary of his wife’s death and blasted: “Not today. Of all the days, you know of all people, not to call. Not today.”

Later during the flashback scenes, Graham called an unseen person to beg for help after the accident.

He said: “It’s me. I’m in trouble. The army will discharge me for this. I’ve had a crash. I need your help.”

So who was on the phone??

Graham had better come back soon and give us some answers to these questions.

Will Graham come back to help Joe? Leave us a comment on our Facebook page @EntertainmentDailyFix and let us know what you think!