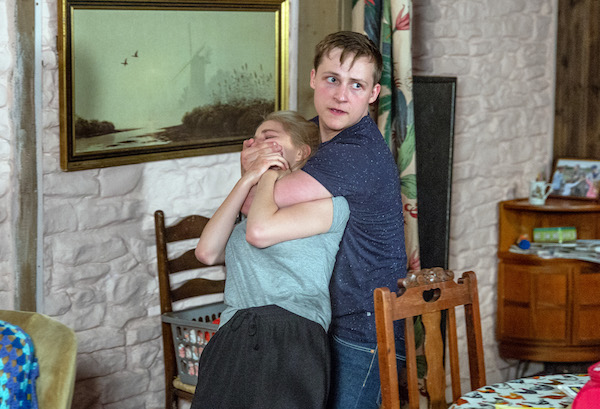 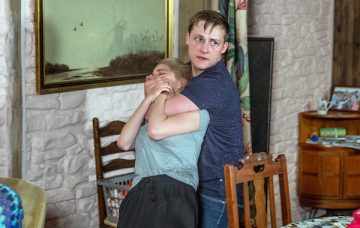 And about time too...

He’s left a trail of horror and bloodshed behind him, but the crimes of serial killer Lachlan White are about to catch up with him.

And not a minute too soon.

The unhinged teenager has already killed his mum, grandad, best friend, ‘fake’ Uncle Terry and possibly even his sister Rebecca – but nobody is safe in upcoming episodes as a horrific discovery pushes him over the edge.

Read more: Emmerdale fans upset as Noah rejects Ryan – but not everyone thinks he’s a brat

In tonight’s Emmerdale (Friday 31 August), Lachlan panics when a sinister new discovery is made.

The news comes via Doug Potts, who brings upsetting news which clearly unsettles Lachlan and ultimately kicks off his secret unravelling…

The chain of events sow the seeds for the murderer’s downfall, which occurs during dramatic scenes next week.

The police have already found a bloodied rock in the woods, which is currently under investigation, so it’s only a matter of time before Lachlan gets a knock at the door…

On Monday (3 September), she finally starts to suspect Lachlan. But, of course, this ultimately leads to her own life being in danger.

When the police arrive to ask Lachlan a few questions, he struggles to keep his composure.

And the police aren’t the only ones getting suspicious, as both Robert and Priya start to smell a rat. But it’s poor Sam who is beaten to a pulp and left for dead when he sees something sinister in the boot of Lachlan’s car.

Cornered and losing his grip, Lachlan is clearly getting sloppy as Belle discovers Sam’s bloodied jacket.

Horrified as the scales fall from her eyes, she pleads with Lachlan to tell her where Sam is.

Things become heated as she bolts for the door, and the pair struggle as Belle tries to escape her killer boyfriend – but Belle loses the fight.

With a terrified Belle in his clutches, Lachlan agrees to let her see a lifeless Sam, but orders her to flee with him.

On Wednesday (5 September), it’s clear that Belle’s life is in serious danger, and Thursday (6 September) sees the young girl fighting for her own survival…

She finds herself hurt and lying in the road, but how did she get there?

Rumour has it that Lachlan will kill off another Emmerdale character before he is finally caught – but who will it be?